Two hospitalized in Wasatch County after snowmobile crashes into tree

WASATCH COUNTY, Utah — Two people were hospitalized after crashing their snowmobile into a tree Sunday, search and rescue officials said.

According to a Facebook post made by Wasatch County Search & Rescue, the snowmobile crashed at the Strawberry area of Wasatch County.

EMS teams and search and rescue were called to treat and evacuate two patients who were injured during the accident, the post said.

When search and rescue teams arrived at the scene, they saw that the snowmobile had crashed into a tree.

Both of the patients were transferred to the Heber Valley Medical Center via ambulance, the Facebook post said.

Photos of the rescue can be seen below: 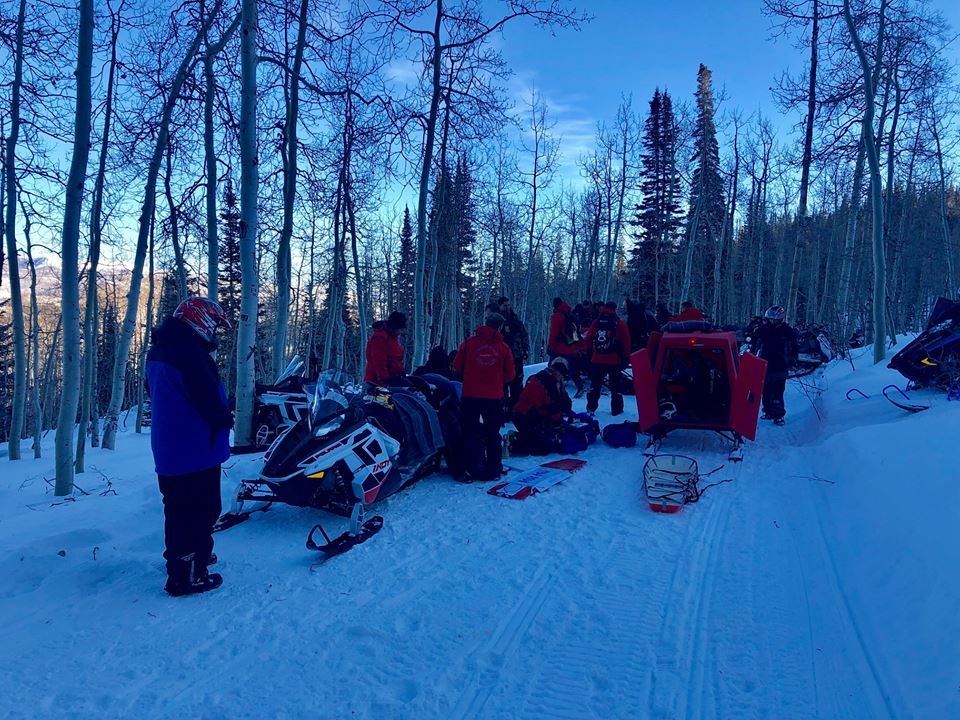