SNOWBASIN RESORT, Utah -- Dozens of people were left stranded Monday at a Utah ski resort when they returned to their cars, only to find them towed.

"This has never happened before, and it’s just completely out of the blue. All of our cars are gone," said skier Sam Cheney.

Guests at Snowbasin Resort were left stranded after a fleet of tow trucks hauled away 38 cars on Snowbasin Road.

Staff at the resort say they had no control over what happened. Even though the road has many "No parking" signs, they say people still park there anyway; causing trouble for snow plows.

"There were an array of cars parked on the road," Collins said, "and they felt that they couldn’t do their job adequately."

So they say the snow plow drivers called the Weber County Sheriff's Office, who decided to take action.

"I don’t know what the deal is. I guess the Weber County Sheriff decided to go on Christmas Eve and wish us a merry Christmas, and I don’t think anyone’s too happy about it," said skier Dawson Boren.

Even though there's signs around the area, guests say they park there all the time and are surprised the Weber County Sheriff's Office would take action on Christmas Eve.

"It's just unfortunate and all, because now it ruins our plans but, I'm just trying to keep a happy spirit," said skier Cye Wallace.

Something probably not on their holiday wish list, a hefty tow bill.

Resort staff brought in extra employees to give a ride to skiers and snowboarders who needed a lift.

"And now we just have to wait for a parent to come grab us, who is not happy," said Cheney. 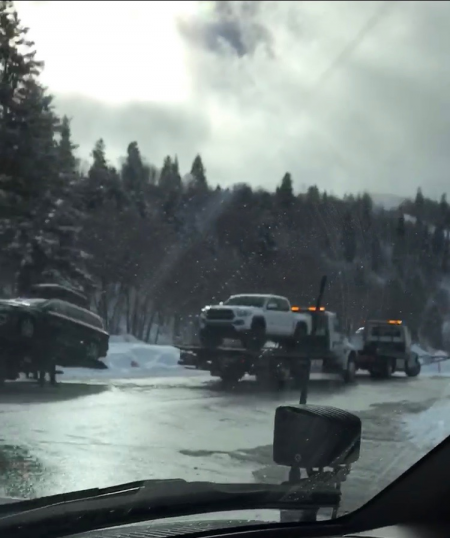 We reached out to the sheriff on behalf of our guests and were informed that the plows were unable to do their jobs this morning. All inquiries should be directed to the Weber County Sheriff at 801-629-8221. There is plenty of parking available in our designated lots.