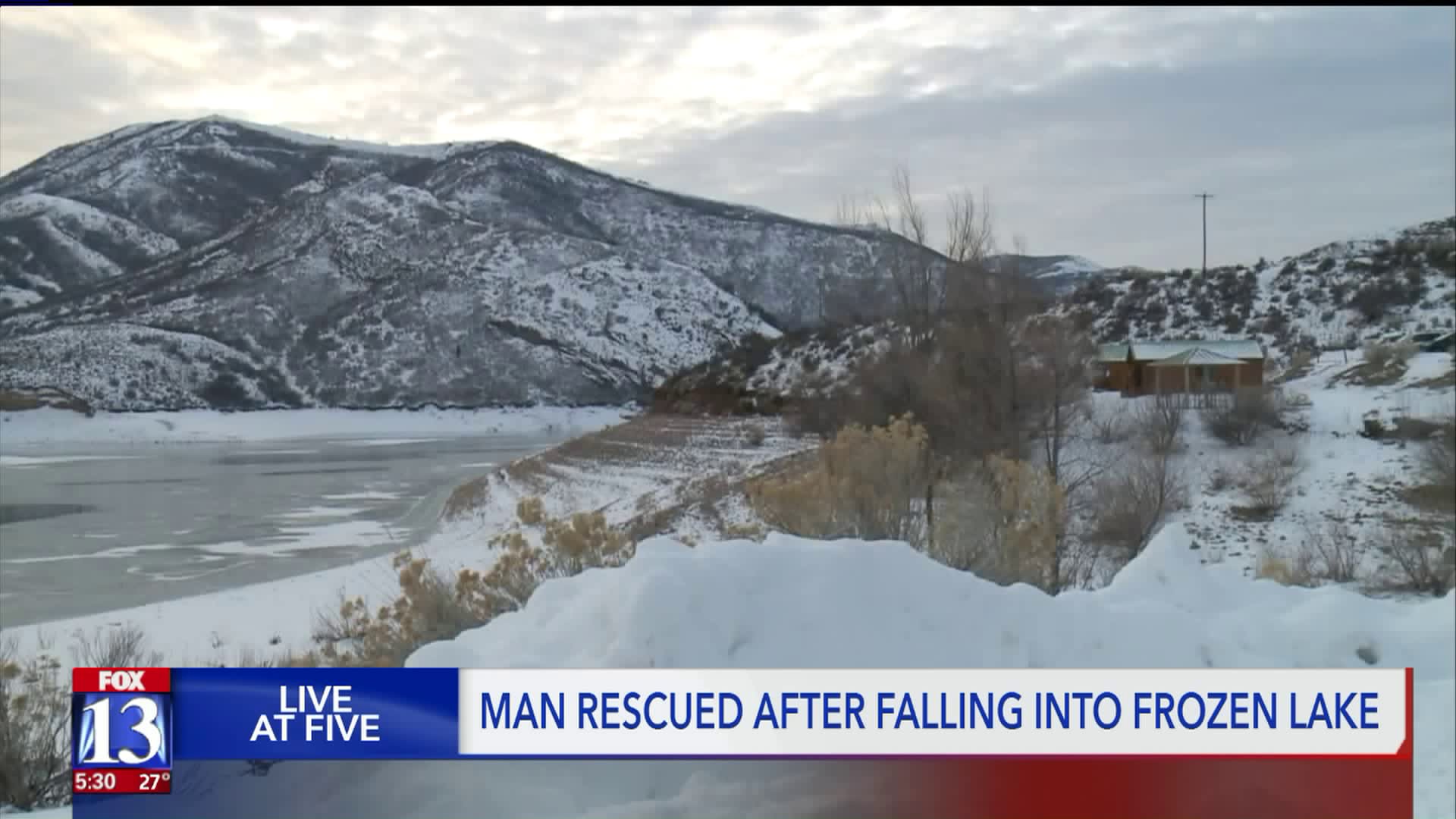 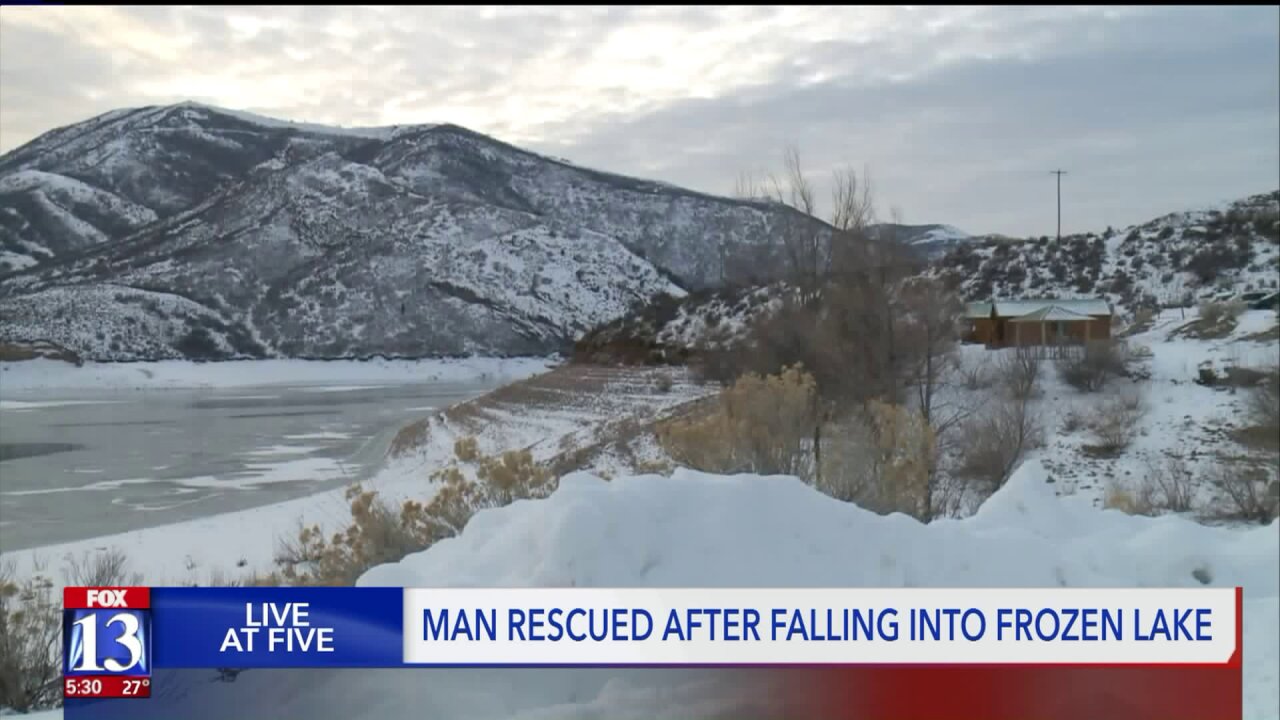 EAST CANYON, Utah -- Park rangers are reminding the public of the dangers of ice and ice fishing after a man fell into the water in East Canyon State Park while ice fishing Saturday morning.

Officials said the northern end of East Canyon Reservoir did not completely freeze until Friday, and there was only about an inch of ice when the man fell in.

Brent Cochrane, a Draper man who was part of the fishing group was the man who fell into the ice, officials said. One of the men who was fishing with Cochrane attempted to help but fell through the ice as well, multiple times.

Cochrane became stuck in the ice, and was trapped in 33-degree water for ten minutes, park officials said.

“It was cold! I mean, everything was cold. My hands were cold, my feet were cold,” Cochrane said.

"When we rescued him he was definitely losing his fine motor skills, and the things that can help you save yourself at that point," said Chris Haramoto, Park Manager for East Canyon State Park. "I'm glad we got to him when we did."

Park rangers got the man into a nearby cabin after rescuing him from the ice and warmed him up. He was checked out by medical personnel but was uninjured, officials said.

Saturday morning while snowmobiling on Strawberry Reservoir in Wasatch County, officials with Wasatch County Search and Rescue said three people fell into thin ice. No one was injured, but officials said the snowmobiles the three were riding fell to the bottom of the reservoir.