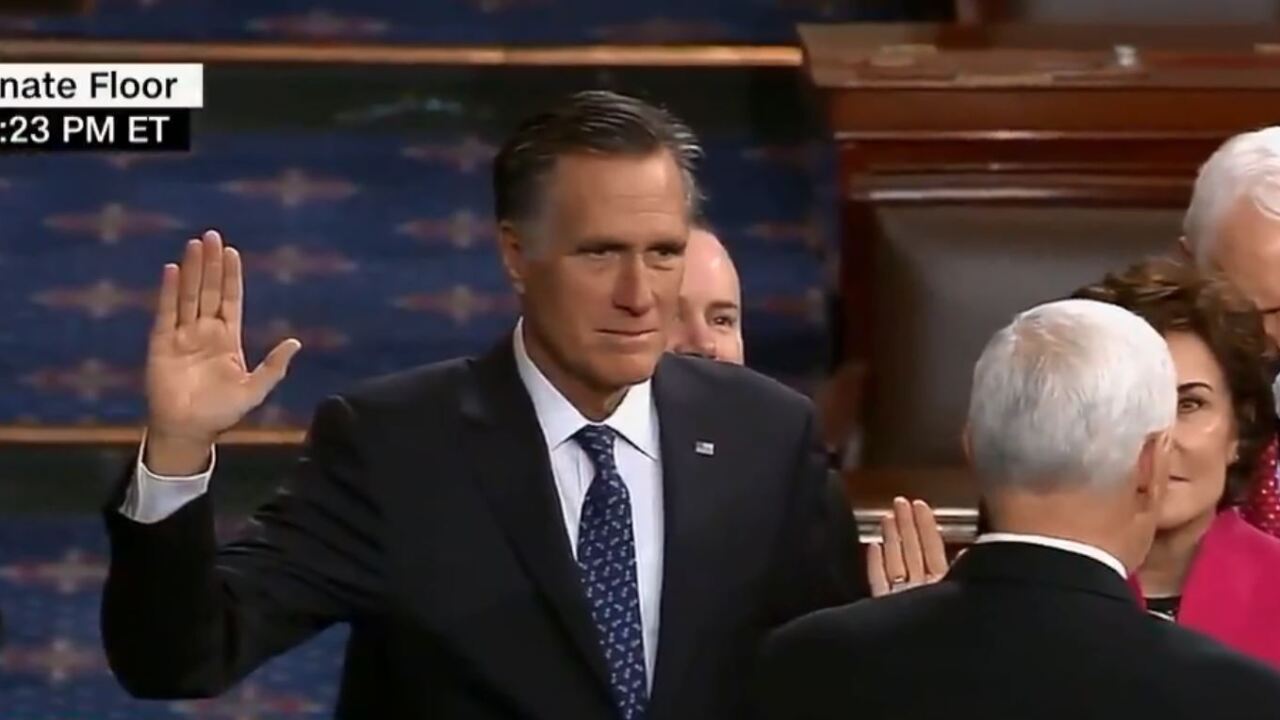 WASHINGTON DC — Mitt Romney was sworn in as Utah’s junior Senator Thursday, adding the title to a list that already includes Republican presidential candidate and governor of Massachusetts.

Mitt Romney, the former Republican 2012 presidential candidate, is sworn in as the junior senator from Utah https://t.co/PQvimDOk3V pic.twitter.com/UciUlMD8ej

Romney begins his Senate career on the heels of another public tiff with President Donald Trump this week.

The president responded to Romney by comparing victories and calling on him to be a team player after Romney penned an op-ed critical of the president’s character.

Romney addressed that op-ed and his relationship with Trump Thursday.

“It’s certainly an opportunity for us to work together on things where we agree,” Romney told reporters. “I actually said prior to the primary, in an op-ed that I wrote for the Utah papers, that I would work with the president in places where we agree. In places where we disagree I would point that out, but that if the president were to say things that were of a divisive of a significant nature that I would call him out on that, and I have by the way – with regards to Charlottesville, attacks on the media, the Roy Moore endorsement, the Khashoggi approach – I’ve continued to point put places where we’re different and that’s the great nature of our representative democracy.”

Romney defeated Democrat Jenny Wilson with more than 60% percent of the vote in the race to fill the seat vacated by Orrin Hatch, who opted not to seek re-election after more than four decades in office.

Hatch posted a video of him dropping the mic as his term ends.