Foster parent charged with 100 counts of child pornography possession: ‘I just like to look’ 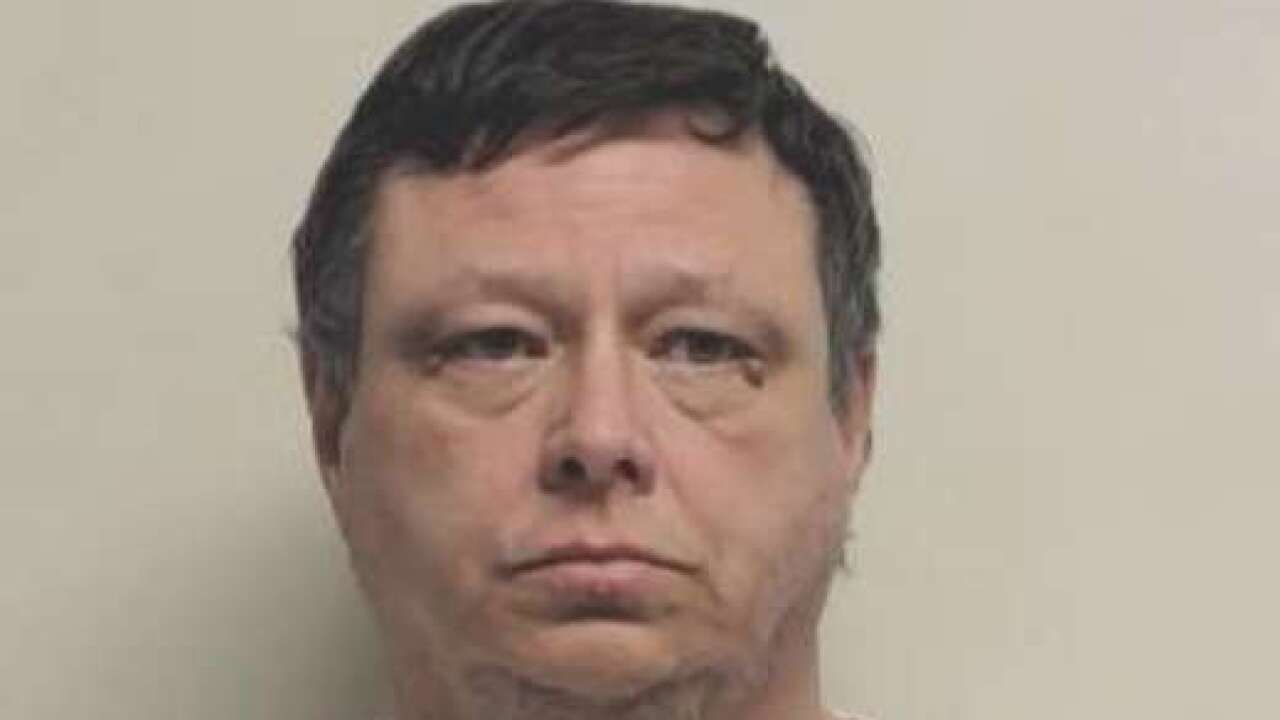 PLEASANT GROVE, Utah — Police arrested a Utah man Thursday after searching his home and finding over 100 pictures and videos of child pornography on his cellphone.

Police also charged 57-year-old John Kimble with 20 counts of voyeurism after he admitted to filming three of his foster children without their knowledge or permission, according to charging documents. He is also charged with three counts of child sexual abuse and 20 counts of sexual exploitation of a minor for manufacturing child pornography.

Charging documents state police first became aware of the situation and ordered a search warrant after one of the foster children, a 15-year-old, called his sister and told her he found a digital camera device hidden inside a candle holder in the bathroom he showered in.

The teen’s sister, an adult female who Kimble also fostered, called the police. According to charging documents, the female lived in Kimble’s home until June 2018 and told police she had seen the same hidden camera in the bathroom but didn’t report it to police out of fear.

The adult female told police Kimble was known to enter the bathroom immediately before and immediately after any of his foster children used it to shower, supposedly to set up the hidden camera and then retrieve it, charging documents state.

In addition, the woman told police her 10-year-old brother, who Kimble still has custody of, recently was forced to strip naked and then stand in front of Kimble inside Kimble’s bedroom as a form of punishment, charging documents state.

Police executed a search warrant of Kimble’s home on Friday. Charging documents state the warrant was executed “without incident,” and Kimble agreed to answer questions without legal counsel after hearing his Miranda rights.

According to charging documents, Kimble admitted to owning two hidden cameras and also indicated police would find child pornography on the cameras, featuring three of his male teenaged foster children.

Charging documents state an officer asked Kimble if Kimble had ever touched any of the children sexually, to which Kimble responded, “No, I just like to look.” Documents also state Kimble indicated to police that he had pictures and video captured in the bathroom that was made without the foster children’s knowledge.

Police found the hidden camera originally described by the 15-year-old, according to charging documents. Documents state Kimble also told police about forcing his 10-year-old foster child to strip naked before Kimble spanked him as punishment, and that the naked spanking would take place in Kimble’s bedroom with the door closed.

Police have requested Kimble be held without bail. He is currently in Utah County Jail.