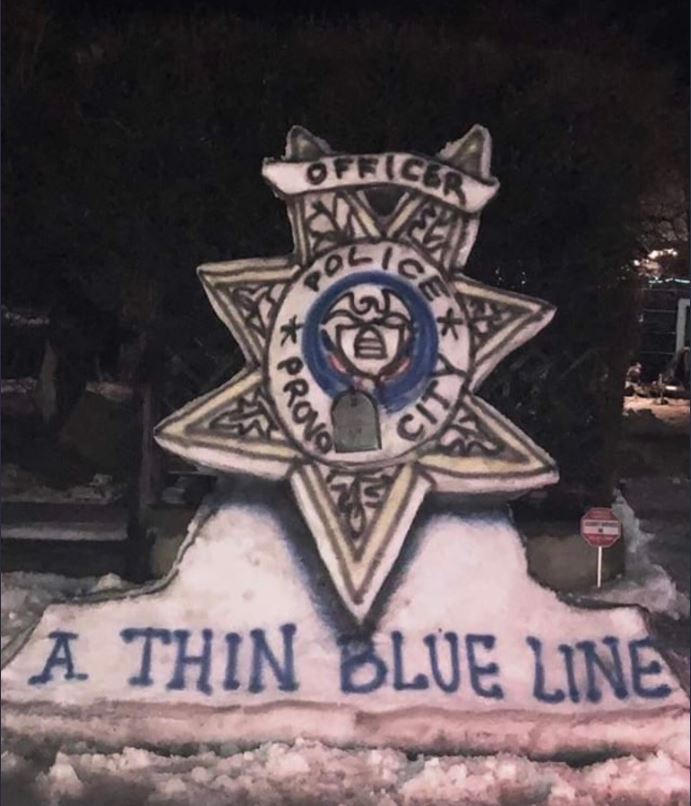 A Springville resident who often creates snow sculptures is honoring a Provo Police officer who was killed in the line of duty.

Joseph Shinners, 29, was shot and killed during an exchange of gunfire with a wanted fugitive Saturday night in Orem.

Jason Averett shared several photos of a sculpture crafted in Shinners’ honor in Springville. He said the sculpture is on the way to Hobble Creek near the roundabout.

“This is an awesome tribute for the Provo police officer shot last night,” Averett said.

It was not immediately clear who created the sculpture.

Gov. Herbert has ordered flags in Utah lowered to half-staff until Shinners’ funeral.