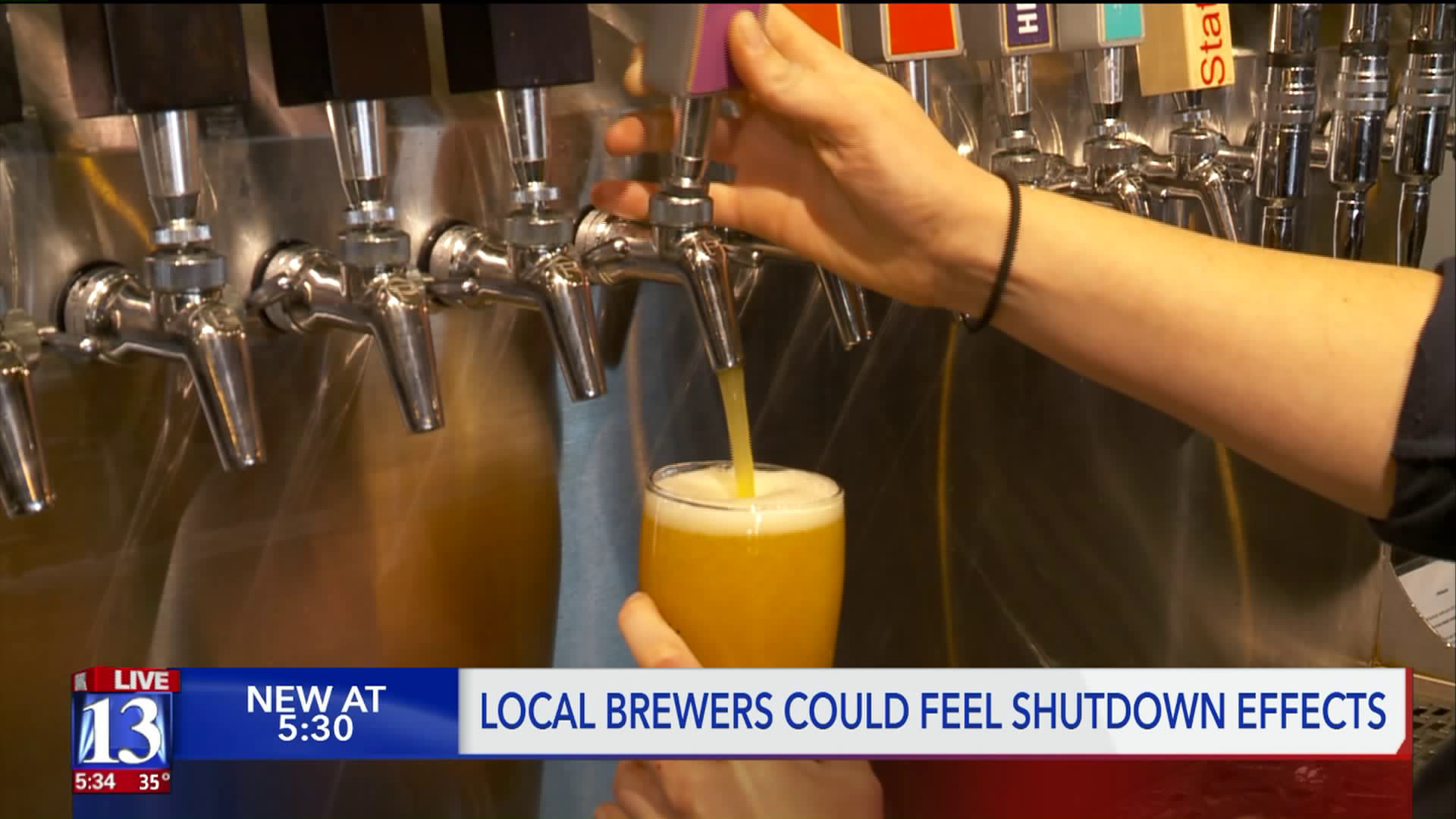 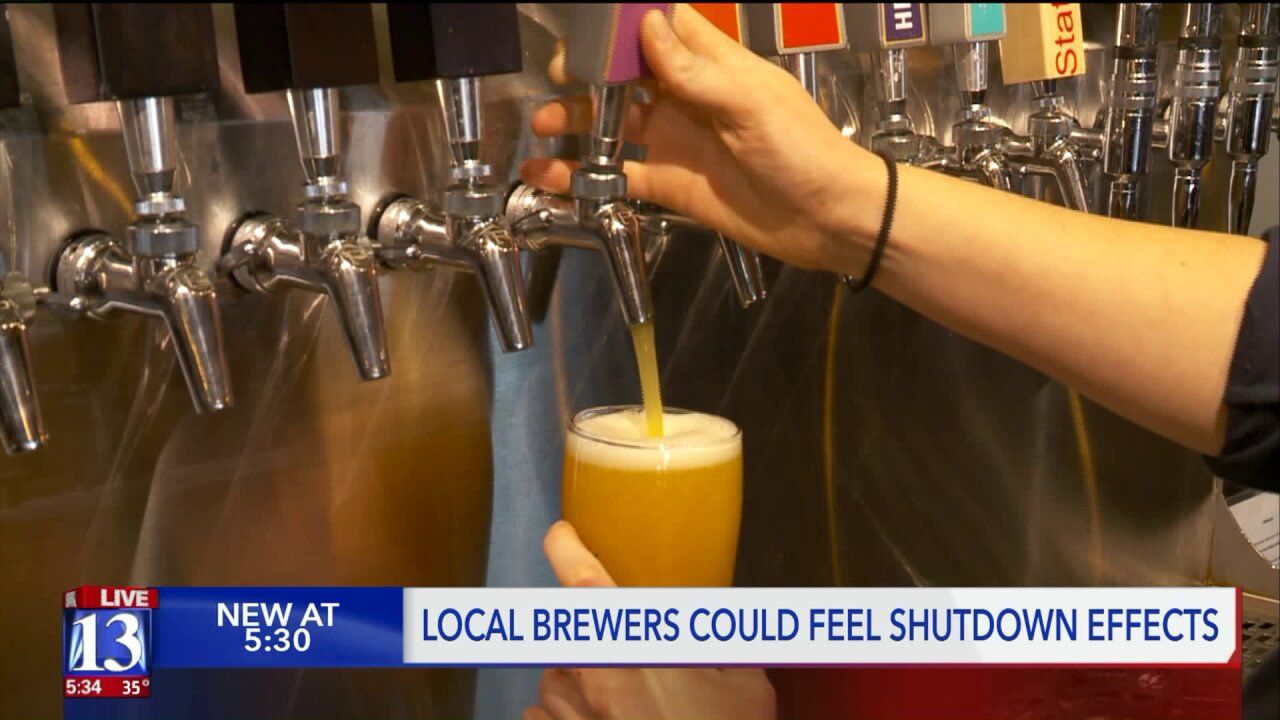 (KSTU) — The Utah Brewers Guild employ an estimated 5,000 Utahns full or part-time. Many of those jobs could go down the drain, according to an executive at Utah's second largest brewery.

"Locally and nationally, this is a crisis," said Doug Hofeling, the Chief Operating Officer of Salt Lake Brewing Company,  which brews Squatters and Wasatch brand beers.

Salt Lake Brewing has nine brews made and ready to distribute, but it has to sit in giant vats while they wait for federal regulators with the Tax and Trade Bureau of the Treasury Department to go back to work. The TBB has to approve labels on bottles and cans before they can be sold.

Hofeling said even if the regulators return to work tomorrow, just about every craft brewery in the country is in line for label approval.

"There will be a backlog and there might be a scenario where a lot of us have to dump beer down the drain," Hofeling said.

Beer brewed to be served on draft in restaurants is not subject to the same labeling requirements, making the shutdown less painful for smaller brewers who do not bottle and can for retail sale.