OGDEN, Utah — It’s been 19 days since local Internal Revenue Service employees went to work because of the government shutdown.

The National Treasury Employees Union brought together these workers to protest Thursday in Ogden, joining rallies across the nation chanting for change.

“The hardest part is the not knowing,” said Shellee Gamble, who has been an IRS worker in Ogden for 32 years. “Feeling like you’re a pawn. Feeling like do you really matter? Do they really care about you?”

Gamble is one of the about 5,000 other federal employees in Ogden who want to go back to work.

“We can’t live on IOU’s,” said Gamble. “We need the paycheck and we need it timely so that we can provide for our families—that’s what is important.”

Since the shutdown started on Dec. 22, federal employees are approaching what would’ve been their first paycheck of the year — on average that could be about $1,200.

A government shutdown not just affecting the economy, Westrich said, but impacting families.

“This is not a vacation for us,” said Westrich. “There is nothing in writing that says we’re going to get back pay and we just want to get back to work.”

But not everyone in the crowd was a federal employee, some protestors just came for the cause.

“I feel terribly badly for all these people here,” said Edward Crowther, who just came to support government employees. “I feel very badly for the people at the border who are being basically put through a lot of misery because of the approach the administration takes on them.”

Questioning the politics behind the shutdown, while federal employees are wondering when their next paycheck will come.

“We’re hopeful, but I’m not seeing an end in sight quickly,” said Shelly Carver, a treasurer for the National Treasury Employees Union.

With no signs of an end in sight though, even hope is sometimes overshadowed from the fear of the unknown.

“Here comes the feeling of anxiety, frustration,” said Carver. “The longer it goes on, anger starts to build.” 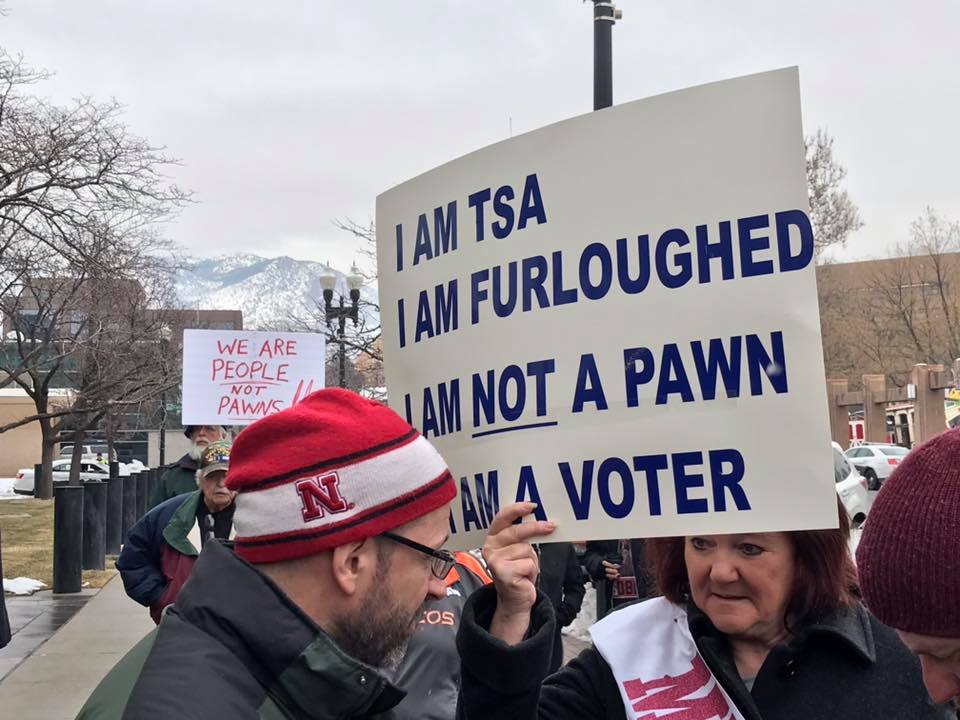