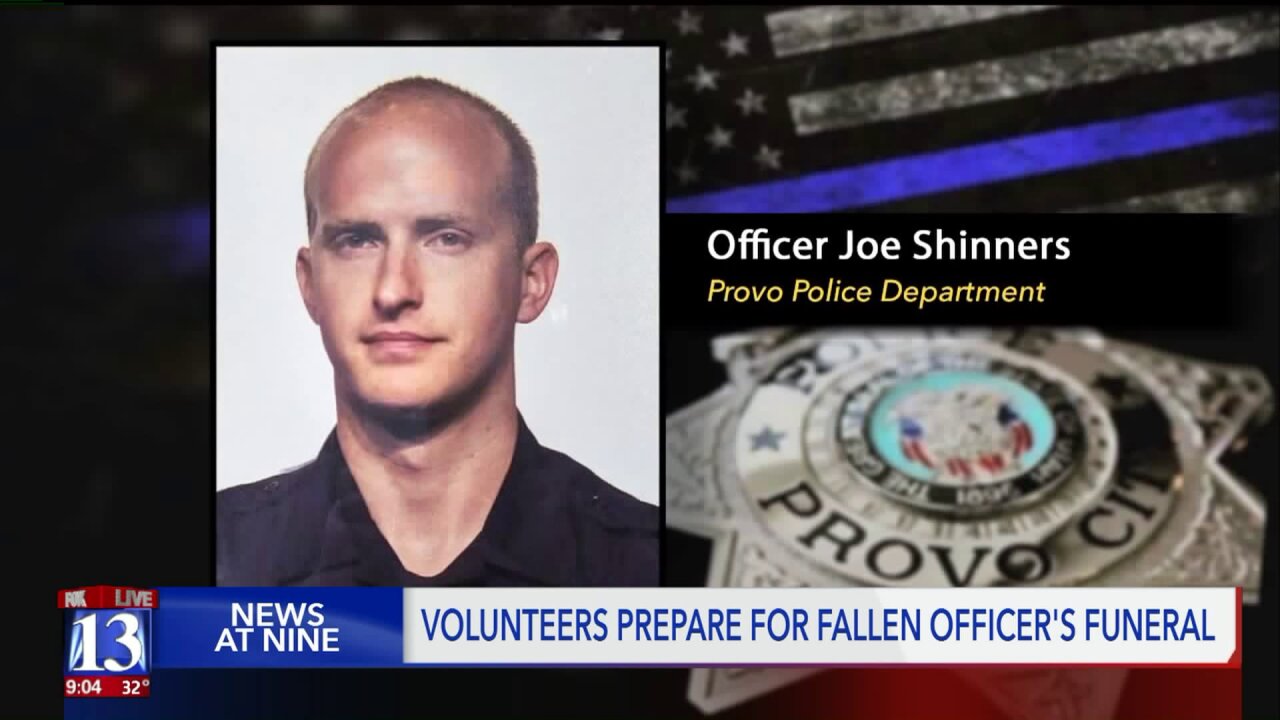 He will be laid to rest Saturday.

One of the volunteers who helped tie thousands of blue ribbons to poles and trees along the route donated her time for a personal reason.

Kara Mueller is a student studying criminal justice at Utah Valley University.  She hopes to be a law enforcement officer.

“It kind of makes me want to do it even more,” Mueller said.  “Anybody who’s willing to put their life on the line like that is a great member of society.”

She felt compelled to honor a man who died serving his community.  She also wanted to show support for his grieving family.

“To just have the community and the police officers rally around that family, I think it means the world to them,” Mueller said.

While Mueller hopes to one day serve, other volunteers spent a lifetime serving.

“There is a brotherhood between the military and first responders,” said United States Army Veteran Brad Prescott.  “I feel the American flag is an exact example of what American patriotism and service is.”

The volunteers placed hundreds of American flags along the route stretching from Orem to Springville.

Following the funeral for Master Officer Joseph Shinners, the procession will travel from Orem to the Evergreen Cemetery in Springville.