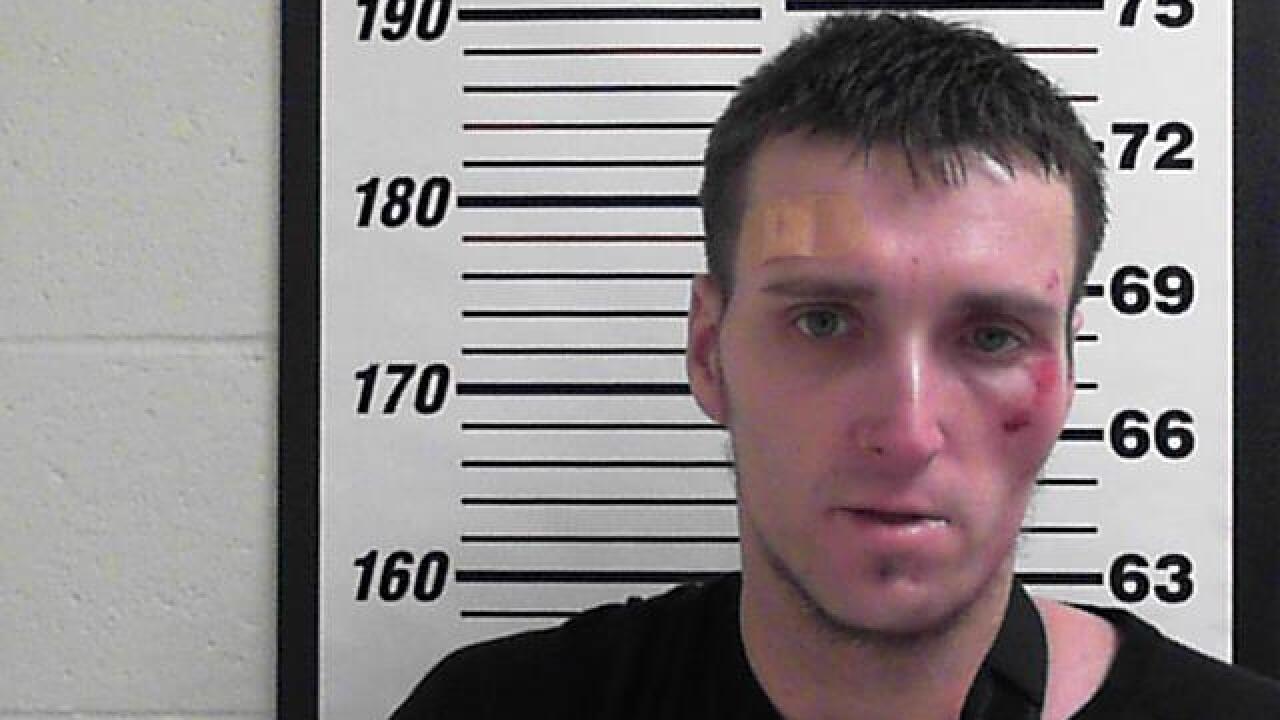 TAYLORSVILLE, Utah – Police arrested a wanted fugitive Saturday night after he drove the wrong-way on I-15, then crashed his car outside of a Fresh Market parking lot.

Sgt. Melody Gray with the Unified Police Department said the incident started when police received a call about a wanted fugitive sitting in the parking lot at an Auto-Zone on 4095 West 5415 South in Kearns.

The suspect was identified by police as 33-year-old Brock Fenstermaker. According to a probable cause statement, Fenstermaker allegedly tried to run over a Clearfield police officer on January 3 during a traffic stop.

Fenstermaker did flee from the scene, where police followed him along 5400 South.

Police attempted to stop Fenstermaker by spiking his tires, but they were not successful in stopping him.

Police said Fenstermaker then made his way onto I-15 from 7200 South where he was traveling north in a southbound lane.

At that point police stopped pursuing Fenstermaker, but the DPS helicopter continued to track him.

The pursuit continued until Fenstermaker crashed the car into a brick and concrete sign outside of a Fresh Market on 4700 South near Redwood Road.

Police transported him to a local hospital to receive treatment, but was immediately taken to the Davis County Jail after to be booked on charges.