Man arrested with 19 pounds of narcotics in Utah County had teenage son in the car, detectives say

UTAH COUNTY -- Authorities say a man arrested with 19 pounds of narcotics in a car in Utah County has eight prior violations for re-entering the country illegally.

According to the Utah County Sheriff's Office, detectives working on a tip about narcotics trafficking stopped a car Saturday driven by 44-year-old Jose Olegario Lopez, who they said resides in Salt Lake City.

Police arrested the man and found a small amount of cocaine in his pocket. After a K-9 indicated the presence of drugs in the car and a warrant was secured, investigators said they located 2.35 pounds of cocaine and 16.7 pounds of methamphetamine in the vehicle.

Lopez's 16-year-old child was in the car, but detectives believe he was not involved with the possession or distribution of drugs. The juvenile was released into the custody of his mother, who police said was not involved in the drug activity.

Detectives contacted the Department of Homeland Security and found Lopez has numerous violations.

"ICE Agents confirmed that he has a record of eight aggravated reentry violations," the press release states.

Lopez was booked on felony charges for drug possession with the intent to distribute, a felony child endangerment charge, and lesser counts.

A judge ordered Lopez be held without bail and ICE agents have placed a hold. 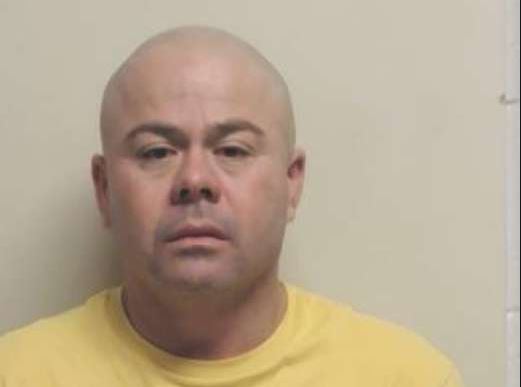