WELLS, NV. — An 81-year-old woman from Canada died Saturday after officials say her husband ran into a truck head-on while trying to pass a car in the fog.

According to a press release made by the Nevada Highway Patrol, at 8:30 a.m. troopers responded to a fatal vehicle crash on US-93, approximately 15 miles north of Wells.

A preliminary investigation indicated that Oscar Vandenbossche, 82, from Columbia Canada, was driving a Toyota Rav 4 southbound on the highway when he attempted to pass a slower vehicle in dense fog, officials said.

While Vandenbossche was trying to pass the vehicle, he collided head-on with a Dodge truck that was heading northbound on US-93. Officials said the truck was pulling a horse trailer with three horses inside.

The truck driver sustained minor injuries, according to investigators, but none of the horses were hurt.

“The right front passenger in the Toyota Rav 4, Mrs. Maryann Vandenbossche, age 81, from Osoyoos, British Columbia, Canada, died at the scene,” police said. “Mr. Vandenbossche was flown to University of Utah where he is in critical condition.  Both occupants were wearing their seatbelts.”

Officials with the highway patrol reminded drivers to use extreme care when driving in inclement weather and conditions. 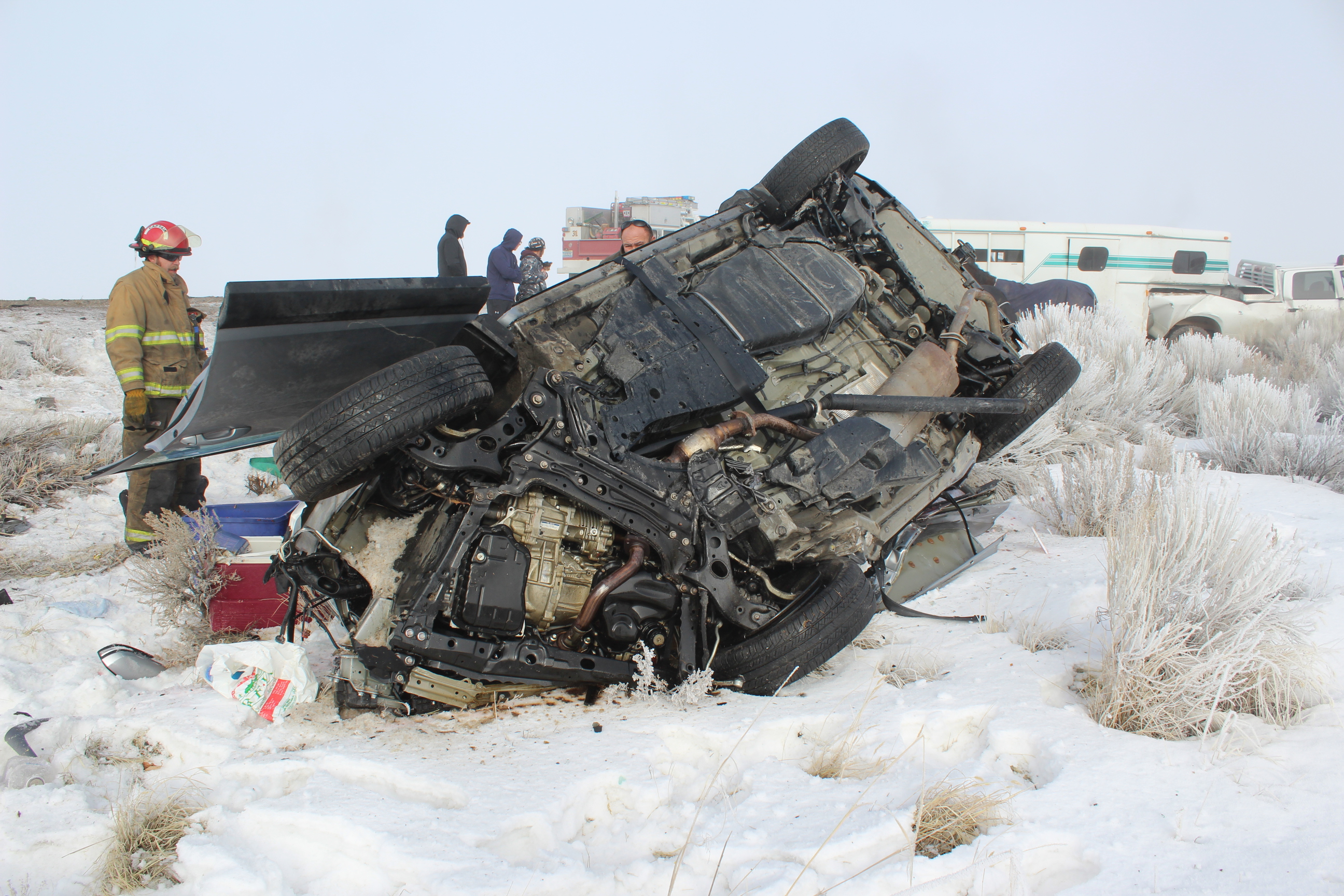