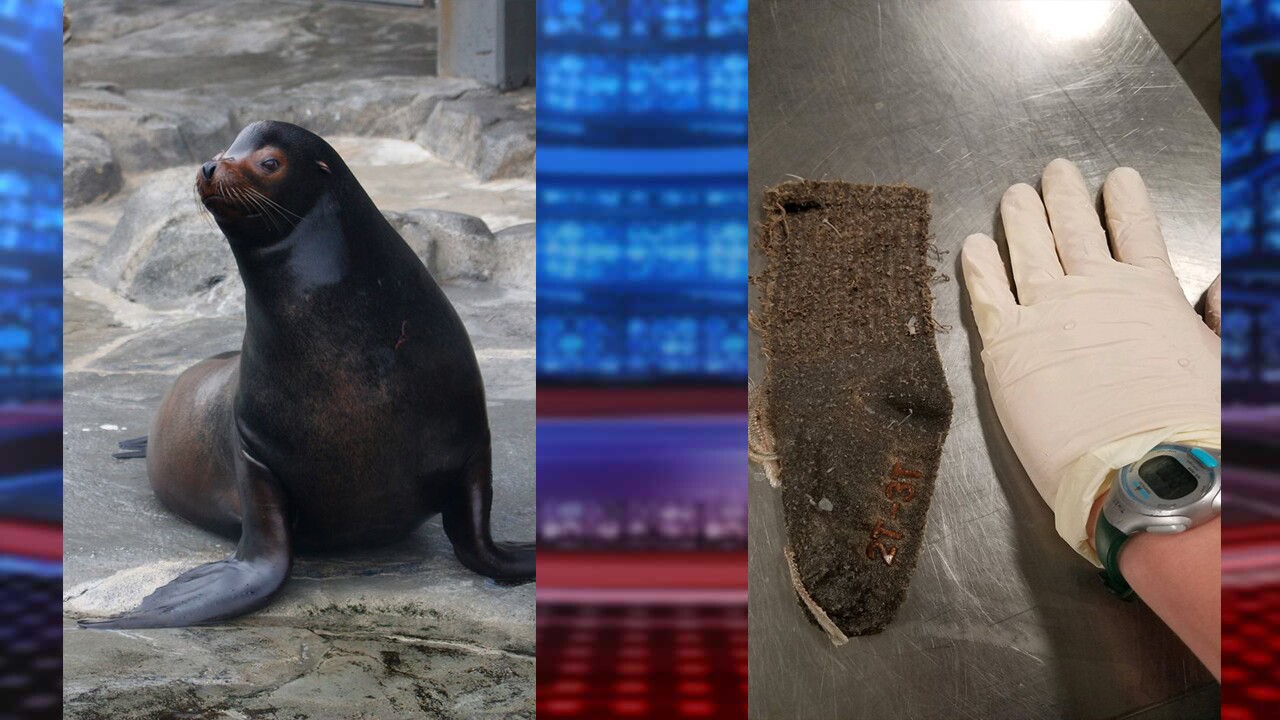 “Poor Diego was NOT feeling well on Sunday,” the zoo said. “His keepers said he lost interest in training and even puked up blood.”

Diego was eventually able to vomit up the sock. The zoo said that after the sock was out of his stomach, he was back out and swimming in the Rocky Shores enclosure, “harassing” another sea lion named Maverick.

The zoo urged the public to watch for toddler’s socks, gloves, flip-flops and phones. If anyone dropped anything, they were asked to let a zoo employee know.

“Do not feel too embarrassed to let us know,” the zoo said. “We can retrieve the item if we know about it.”