WILLARD, Utah — On Wednesday, Trooper Steve Shaffer’s day off, he geared up and hit the cold, slippery Utah highways to help drivers who slid off the road due to snow.

During that morning commute, around 11:00 am, Shaffer said he had already dealt with a number of slide-offs and accidents. One incident he saw dealt with a jackknifed semi and a car rollover on mile marker 306, outside of Perry.

“I was behind the scene and was going to provide traffic control to get people to slow down and move over to provide safety for other troopers and others involved,” Shaffer said.

Shaffer pulled his cruiser off on the shoulder, as close to the cement barrier as he could get it, and started unloading flares so people knew to move over.

“I turned back to open liftgate and I heard somebody sliding and I looked behind me and a car was coming towards me,” Shaffer said.

That car slid and nearly hit Shaffer as he stood at the back of his UHP cruiser.

“I just barely had enough time to get over to the median wall and get over the wall before she collided with the back of my car,” Shaffer said.

When that car came sliding towards him and his car Shaffer said he had images flashing through his mind.

“Many things go through your mind even in the short span. I had images of me getting struck and knowing that people get struck,” Shaffer said. “It can be avoided if people would just leave earlier on a snow day and give themselves plenty of time so they can drive slower.” 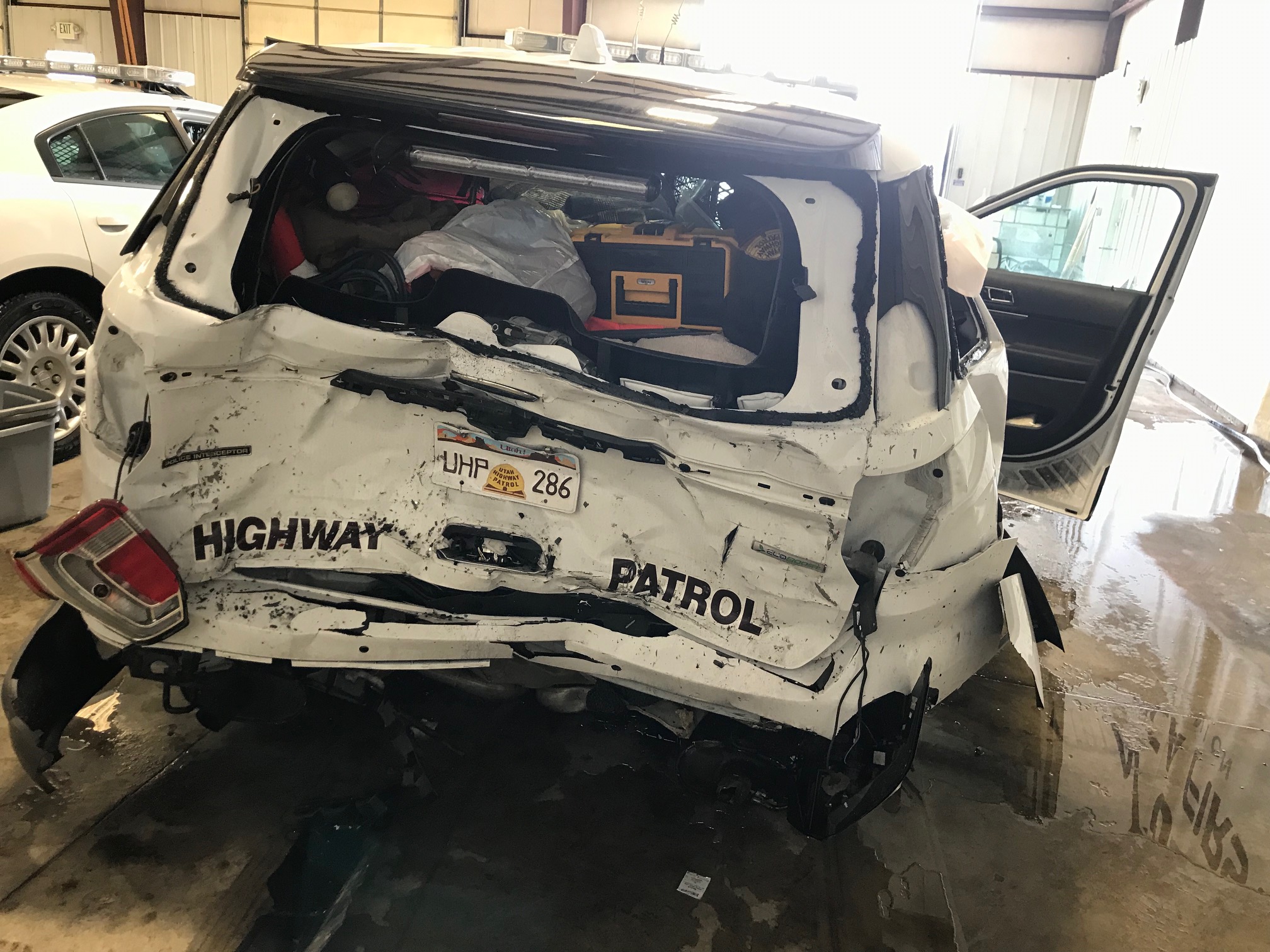