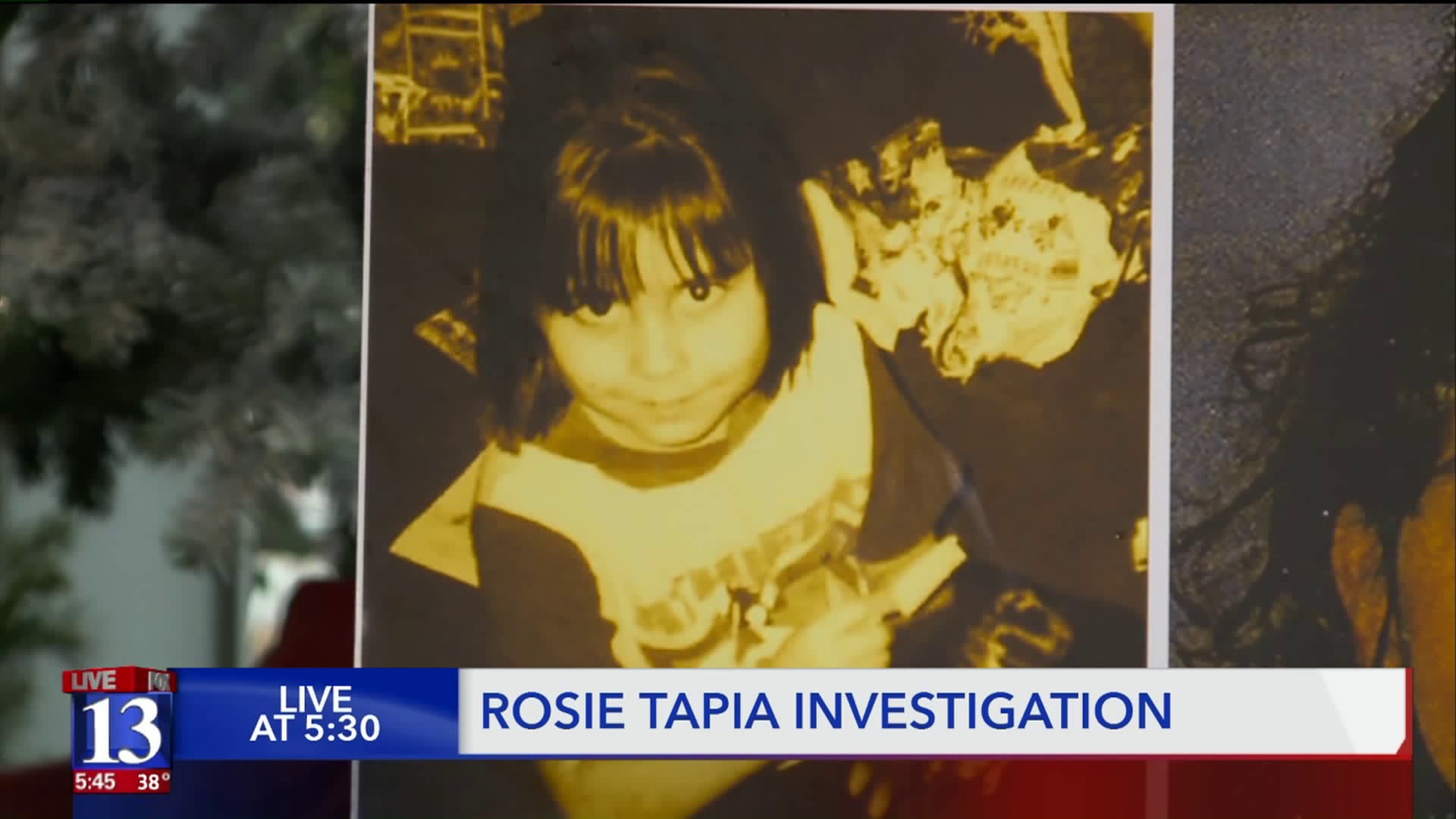 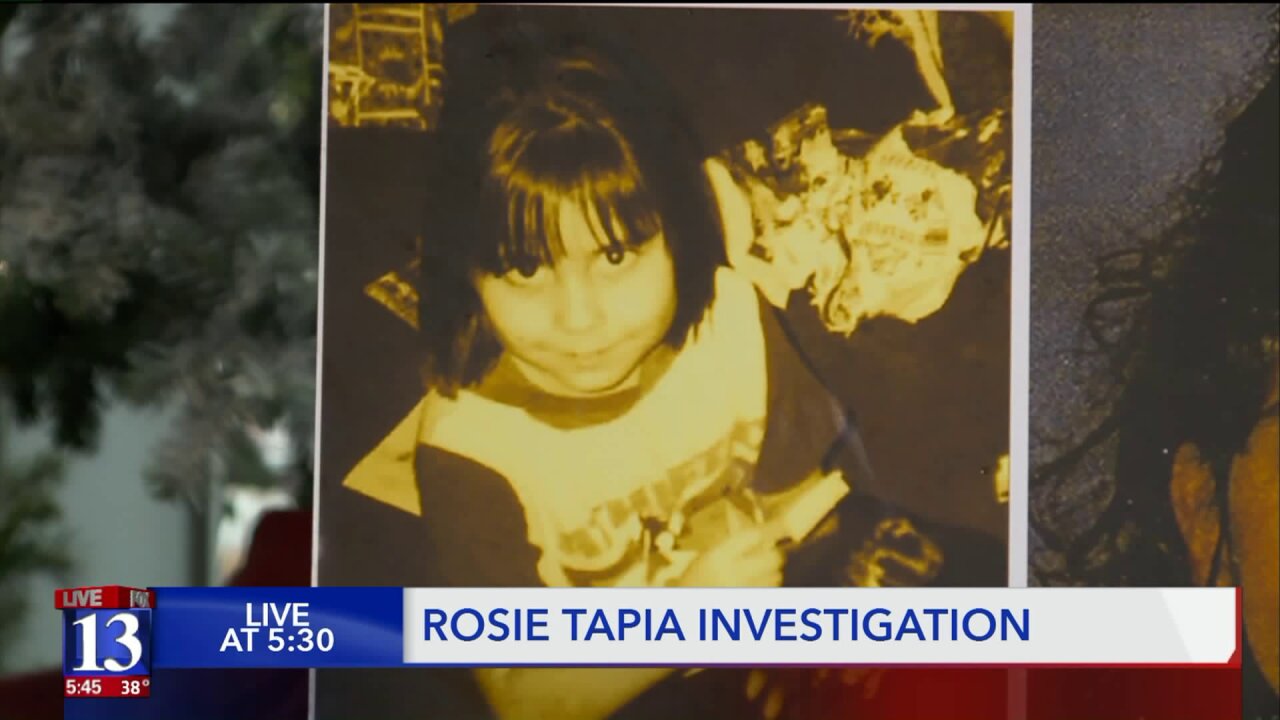 SALT LAKE CITY — Who left a Barbie doll on Rosie Tapia’s grave? That was the question Thursday at a press conference held by the Utah Cold Case Coalition, and, 23 years later, they still don't know, but they continue to ask for your help.

"I’m hoping the Lord will let me live until we find the person who took my daughter," said Lewine Tapia, Rosie's mother.

Rosie Tapia was 6 years old when she was kidnapped from her Salt Lake City apartment and sexually assaulted back in August of 1995. Her body was found several hours later in a canal off the Jordan River.

"She was a happy child," Tapia said. "She always had a smile on her face."

Rosie would have been 30-years-old Thursday. Instead, she rests in a grave at the Salt Lake City Cemetery. This is where her mom says she found a Barbie doll.

After Rosie’s passing, there were items that were left on her gravesite," said Tapia, "so I just gathered them up and took them home."

23 years later, the Utah Cold Case Coalition says there are factors that have led them to believe the doll may be a valuable clue. They say two possible persons of interest have been identified who had some fixation with barbies.

"It’s a Sweetheart Barbie that was manufactured in 1994," said private investigator Jason Jensen.

Francine Bardole with West Jordan Police says they are using a new cutting edge DNA extraction method on the doll.

"In this buffer solution are the skin cells from those who have touched the evidence," said Bardole, a forensic analyst with West Jordan City Police.

But coalition members say DNA analysis is expensive for the nonprofit, and are asking for the public's help.

"If somebody will come forward and say, 'I know who left that there,' or, 'I left that there,' then we may be able to confirm that; that might save those resources," said Karra Porter, co-founder of Utah Cold Case Coalition.

The coalition plans to wait at least four to six weeks to move forward with the analysis. Tapia said she's not putting too much hope into this lead, but would welcome any answers as to who may have done this to her daughter.

"I’m just happy that we’re getting a lot done on her case and people are willing to help," she said.

We spoke with Salt Lake City Police who say they have no updates on this investigation. If you have any information on the case, you are urged to contact the Utah Cold Case Coalition at 385-CLUE.