HUNTINGTON, Indiana — A runaway cat is now safe after getting stranded on a dam spillway and now the video of its rescue is going viral.

The Huntington County Sheriff’s Office posted on Facebook saying they got a phone call from someone fishing at the spillway off of State Road 5.

In one picture, a cat can be seen in the very center of it.

Deputies say they don’t know how the animal got there because there’s no way to access the area.

The sheriff’s office says it is possible the cat fell off the roadway or got thrown off by someone.

The caller told deputies the cat was clearly in distress and retreated to the very top of the spillway area before lodging itself in the metal structure.

According to the Facebook post, deputies couldn’t think of a way to get to the cat to come down except for taking a boat out and hoping they could encourage it to come down.

When the boat reached the concrete spillway, the cat came out of the metal structure it was hiding in and slid all the way down to two members of The U.S. Army Corps of Engineers who were able to grab the cat before it hit the water.

One woman commented on the Facebook post claiming to be the owner. She says, “Mr. Vanjie is safe and sound! He has been missing for almost 2 weeks.”

“I’d truly like to thank the Huntington County Sheriff Department and the rescuers from the Army Corp of Engineers who saved our beloved cat! He is an inside-outside cat we took in when he landed on our doorstep a little over a year ago. We are very thankful to have him home! He is exhausted!” 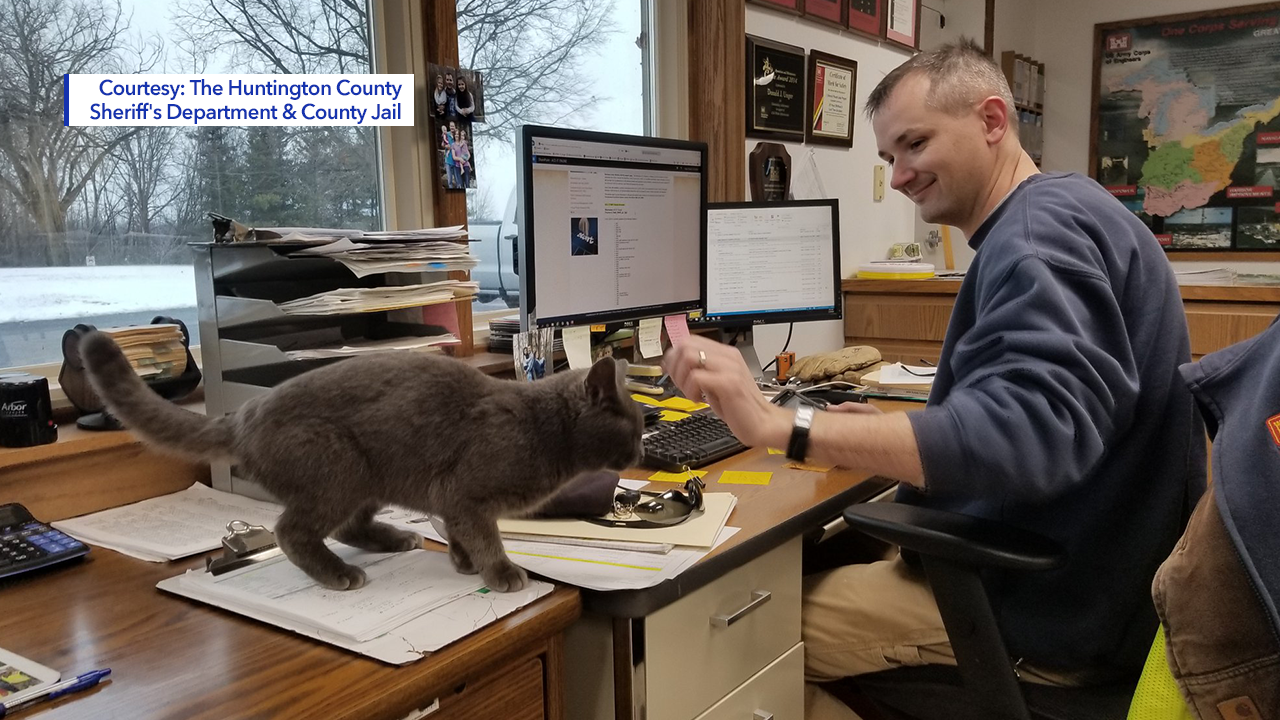