WEST VALLEY CITY, Utah -- Officials with the Utah National Guard said Sunday they were shocked and saddened after a chaplain and father of three (soon to be four) died while swimming in a local pool.

"He was doing some breathing exercises and this was something that was very comfortable for him," said Maj. Gene Whitmore.

Holmgren was in one of the lanes of the pool, his wife was outside of the water recording his exercises, his children were also nearby.

"His children were in the lane next to him, he came up and said 'How long was I under?’ They said something, like two minutes, and he went back down and we don’t know exactly what happened," Whitmore continued.

A lifeguard noticed something was wrong, pulled Holmgren out of the pool and began CPR, he was taken to a nearby hospital, where he was pronounced dead after further resuscitation efforts.

"This is shocking for everyone and the family is having a really difficult time trying to figure out what has happened," Whitmore said.

It is unknown how long he was underwater before lifeguards found him.

"We lost a chaplain, a soldier, a son, brother, father and a great person that was very determined to bring the best to soldiers and their families," said Whitmore.

The 35-year-old father of three was a member of the 19th Special Forces Group at Camp Williams in Bluffdale.

"His peers right now and his leadership in the National Guard are kind of in shock right now too... about how to move forward and replace such an integral part of our organization," said Maj. D.J. Gibb.

“We are shocked and saddened by the loss of Cpt. Holmgren. He was a phenomenal chaplain and Soldier and his loss will be felt deeply within our ranks,” said Maj. Gen. Jefferson S. Burton, the adjutant general of the Utah National Guard. “Our prayers are with his wife and children.”

Officials said the cause of Holmgren's death is still under investigation.

“Today is a sad day having lost a friend, brother, husband, father, and patriot,” said Col. Gerald White, senior chaplain for the Utah National Guard. “May we remember how fragile and precious each day and moment we have is.”

Holmgren is survived by his wife, Mindy, and their three children. The Utah Nation Guard Said Mindy is currently pregnant with their fourth child, due in March.

A GoFundMe page for the family can be found HERE.

Photos of Holmgren can be seen below: 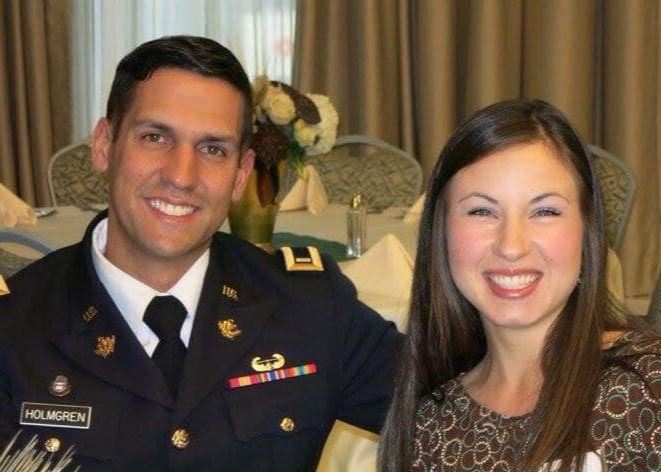