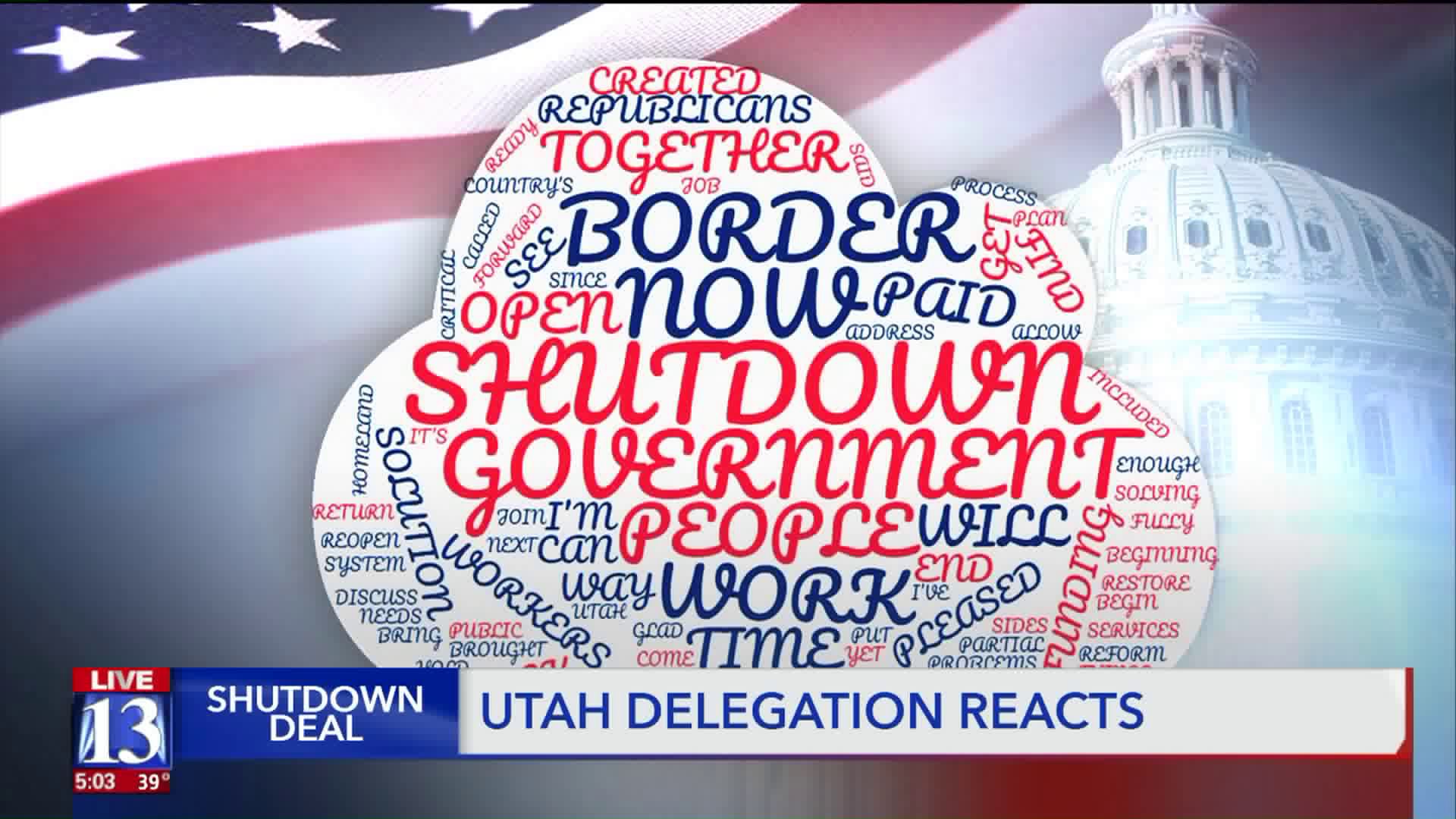 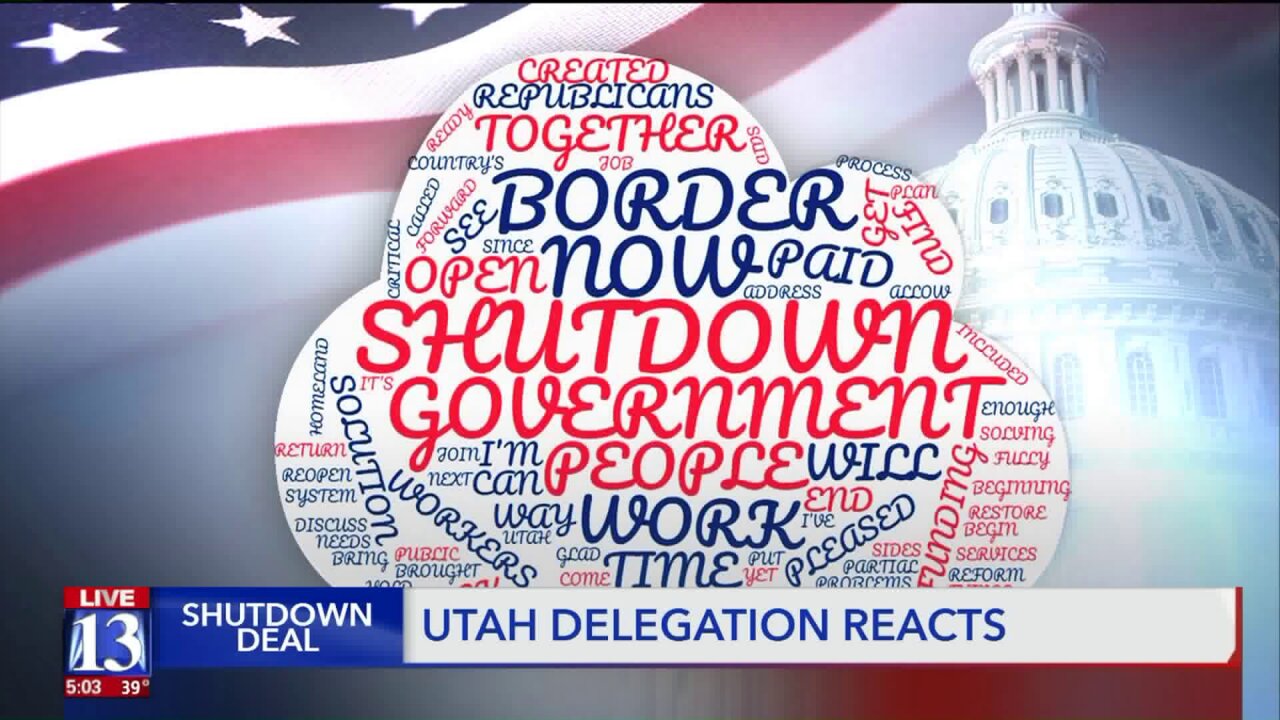 Local politicians are releasing statements following President Trump's announcement that a deal has been reached to reopen the federal government after a month-long shutdown.

"I'm encouraged by today's agreement, which will put people back to work and make sure they get paid. Both parties must work together in the next three weeks on a final agreement that funds border security and avoids another shutdown."

"For the sake of federal employees, Utahns, and Americans everywhere, I'm pleased to see today's proposal to reopen a government that should never have closed in the first place."

Sen. Mike Lee
"It is of course a relief that the shutdown is over. But the shutdown was not created by the crisis on the border. It was created by the failure of Congress to do its job. The way we are doing things now is convenient for politicians, but not for the American people. Government funding and immigration policy shouldn’t be a secret negotiation, but an open debate on the floors of the House and Senate. That’s the only way the American people can be included in this process.”

Rep. John Curtis
“Since the beginning of this partial government shutdown, I have repeatedly called for Republicans and Democrats to come together and find a compromise,” said Curtis. “The people of Utah have had enough of this shutdown and are ready to see us get back to work solving the country’s problems. I’m glad to see a solution brought forward to open the government and allow us to address critical border security needs. I plan to support it.”

“I am pleased the shutdown is ending, and workers will be paid. Now is the time to end the political theatrics and for the Democrats to join Republicans in offering serious border security proposals. The Democrats have said all along: ‘Open the government, then we’ll negotiate.’ Now is the time for them to honor that promise.” – Rep. Chris Stewart

“This is what I’ve been calling for, in letters to Democratic and Republican leadership – end the shutdown and then hold bipartisan, bicameral discussions that bring all sides together to discuss Homeland Security funding.  The shutdown, which has harmed Utah families, our national security and our economy, can now end and federal employees will resume getting paid and receive back pay. I’m ready to roll up my sleeves as a member of Congress and begin the bipartisan work of funding government operations, fully restoring public access to services, reforming our immigration system and returning to normal legislative business.”

“I am pleased workers will be paid. It’s about time. However, I can’t yet celebrate until we find a lasting solution, which includes a secure border. Now let’s do it.”