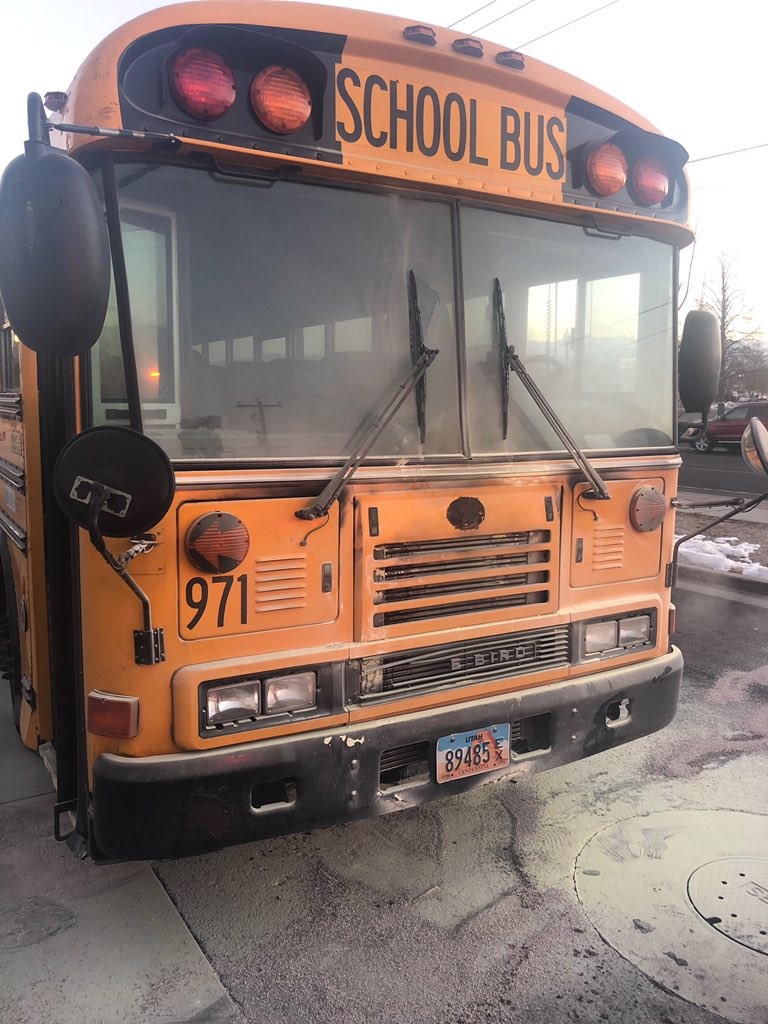 Dispatchers said they were called about a school bus on fire around 7:03 a.m.  The bus was on the east side of Granger High School, located at 3580 South and 3600 West in West Valley City, and had already dropped off students.

Ben Horsely, a Granite School District spokesman, said a driver noticed smoke coming from her bus, which did not have any students aboard at the time. The woman and two bystanders, possibly other school bus drivers, extinguished the fire.

No injuries were reported and there were no impacts to any vehicles or property beyond the bus, which is being towed to be serviced. Horsely said they will investigate to determine the cause of the fire.

The bus driver has resumed her normal routes using a different vehicle and there is no further impact to classes or bus routes at the school, Horsely said.