Several ceiling tiles were damaged and police said someone also damaged the glass on vending machines and may have stolen some of the contents. The damage is estimated at $1,500.

A person of interest was caught on surveillance cameras and is being sought by police.

Court proceedings were delayed from beginning for about an hour as police assessed the damage and cleared the building. 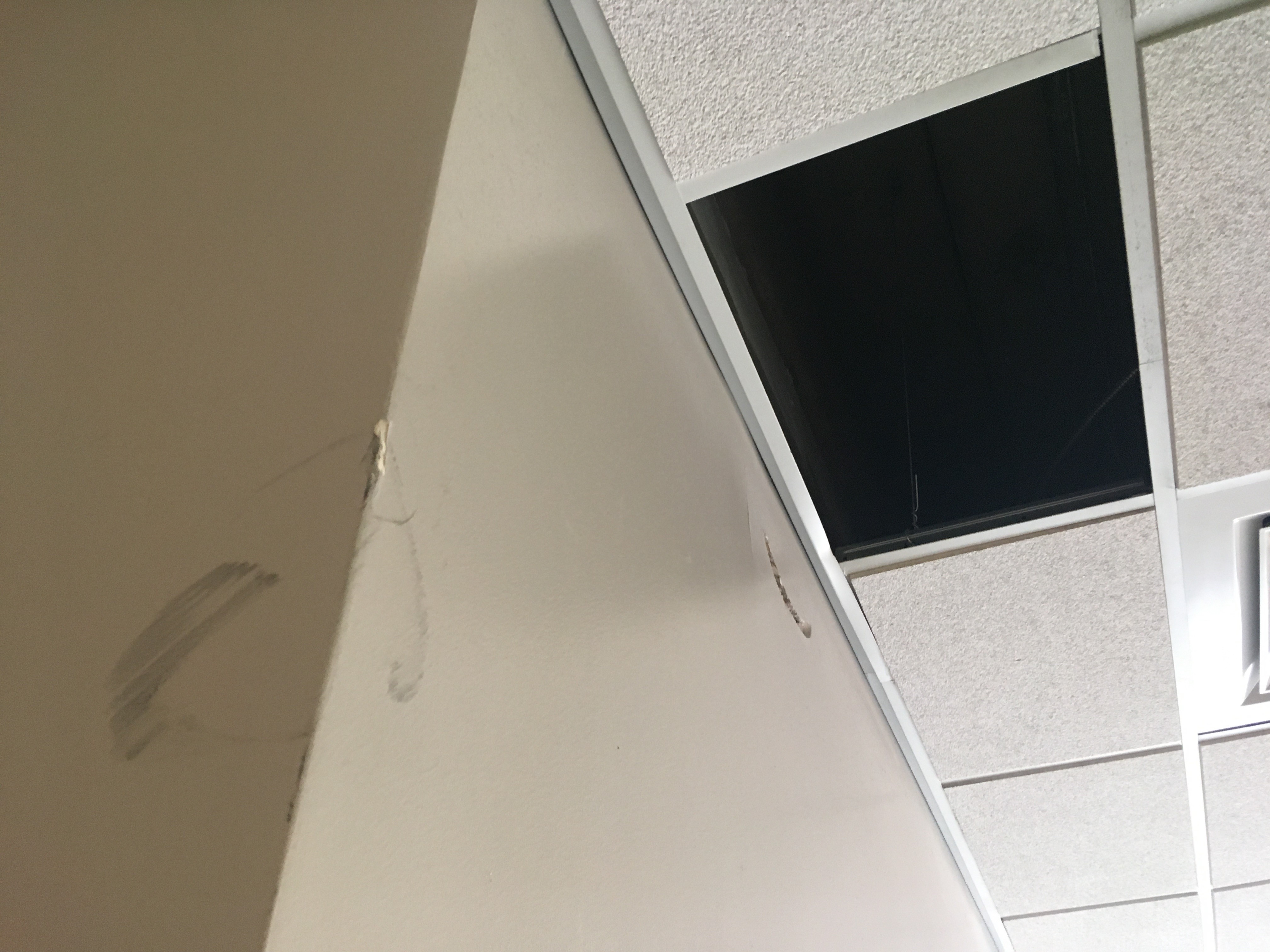