Victim of fatal accident in Richmond on SR-91 identified

RICHMOND, Utah -- The victim of a fatal crash in Richmond Tuesday on SR-91 has been identified as 70-year-old Phyllis B. Belles, of Logan. The crash, UHP explained, appeared to be caused by bad tires in the snow.

UHP has released name of woman who died in this crash: Phyllis Belles, 70, from Logan. Troopers say she was riding in this Subaru when driver lost control in snow and ended up under semi trailer. Belles was thrown from car. @fox13 pic.twitter.com/7qlKkQQV2G

UHP said Belles was riding in a Subaru Forester heading north, when the Forester's driver lost control in the snow, crashed into a southbound semi-truck and ended up underneath the trailer.

"[The semi driver] did everything he could," said UHP Sergeant Jason Kendrick. "He had started to slow down, and he had moved over to the right to try and avoid it. He thought they were going to go past his trailer."

The force of the impact caused the rear axle on the semi's empty trailer to fly off, and land on the side of the highway.

UHP said Belles was thrown from the Forester and died at the scene. The female Subaru driver suffered serious but non-life threatening injuries, and was transported to Logan Regional Hospital, UHP said.

The semi driver was not injured.

Sgt. Kendrick said that both the Subaru driver and Belles were not wearing seat belts at the time of the accident. The investigation also determined bald tires caused the driver to lose control, he indicated.

"During the investigation, what we found is the rear two tires on the Forester are bald," Sgt. Kendrick said. "Even the cords are sticking out. So, we had a tragedy, unfortunately, what appears to be over tires."

He said the tires should not have been on the road, even in dry conditions. Sgt. Kendrick cautioned drivers, and said vehicles need to be ready for inclement weather.

You can see the tires are so bald, the cords are showing. UHP says that's how the Subaru driver lost control in the snow, hitting a semi and killing the Subaru passenger. Driver in critical condition. They went under the semi trailer. Semi driver okay. @fox13 #utwx pic.twitter.com/o0dFTdOinO

Additional photos of the accident can be seen below: 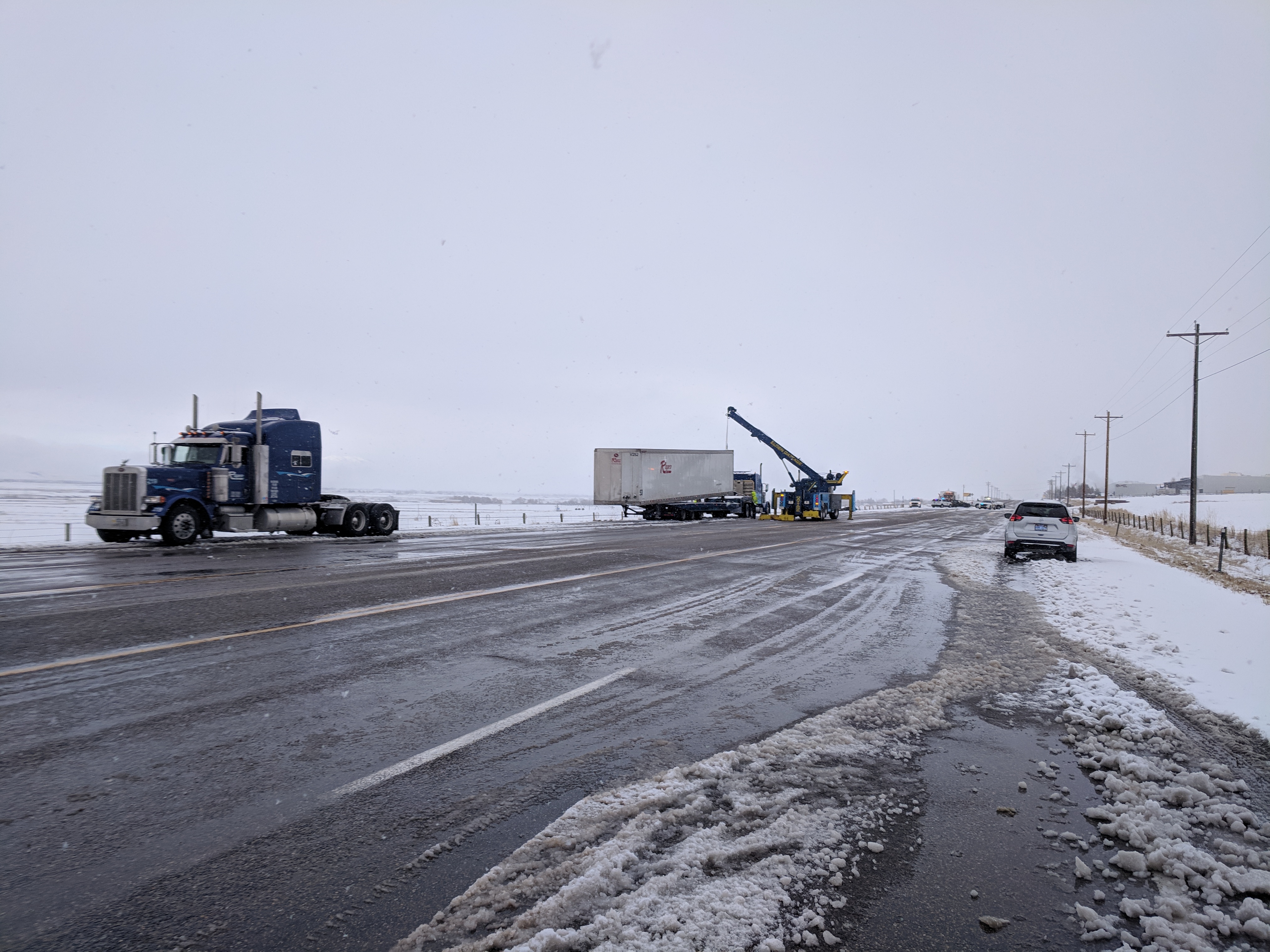