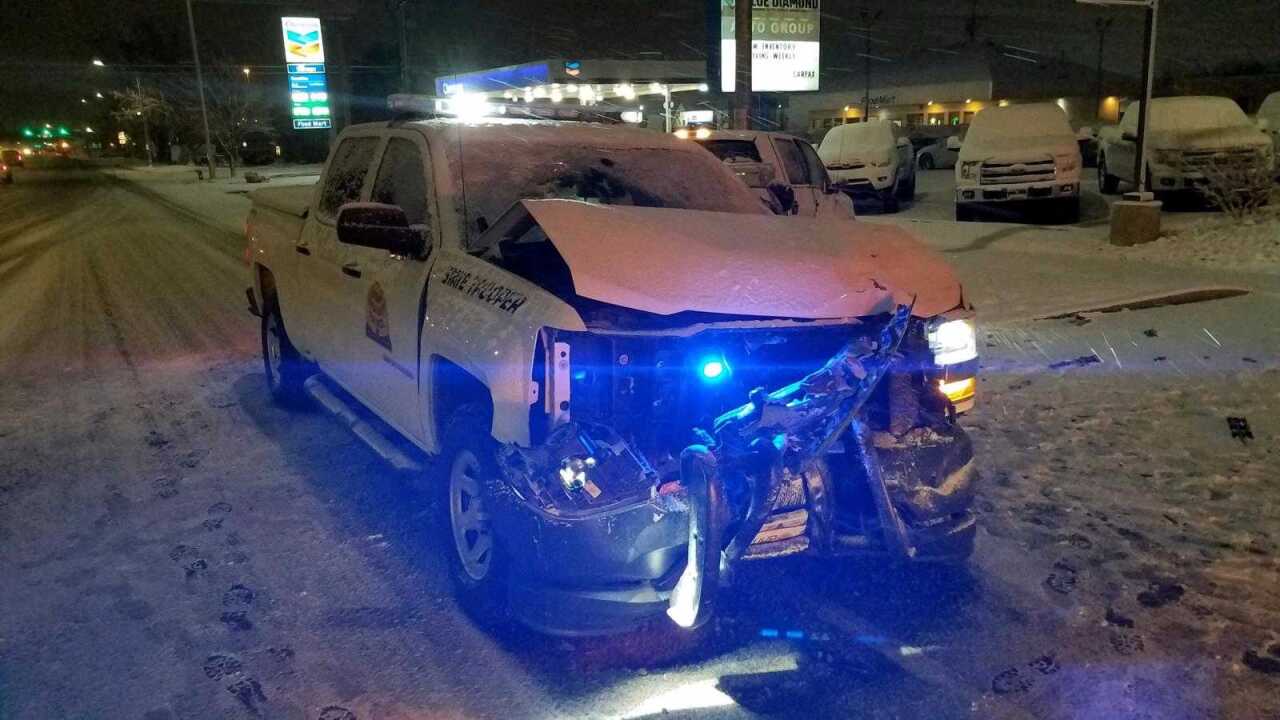 According to UHP Sgt. Nick Street, a Corporal Cloward was involved in the crash around six a.m.

Cpl. Cloward was northbound on Main Street at 800 North, responding to another crash, when a car pulled in front of him, Sgt. Street said.

The officer had his vehicle’s lights and sirens activated, but broadsided the other vehicle.

Cpl. Cloward was experiencing minor back and neck pain. The citizen in the other vehicle was not injured.