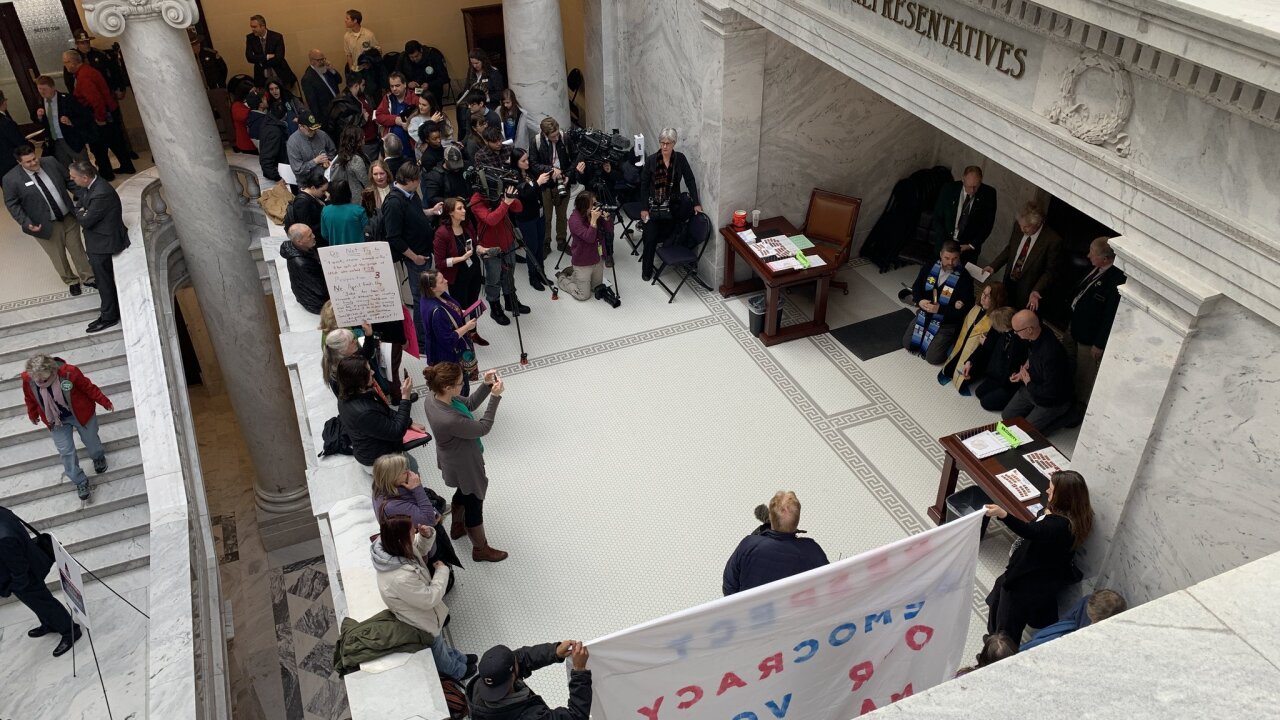 SALT LAKE CITY — Leaders from different Utah faith groups are blocking the doors to the Utah House of Representatives chamber at the Utah State Capitol as lawmakers debate a bill to replace the voter-approved Medicaid expansion.

The protesters were seen reading scripture and singing patriotic songs.

Utah Highway Patrol troopers have arrived at the scene, but haven’t arrested anyone.