SALT LAKE CITY — Utah’s state flag could get a major redesign under a bill in the legislature.

House Bill 292, sponsored by Rep. Keven Stratton, R-Orem, would swap out the familiar blue flag with the state seal in favor of a red, white and blue flag with a beehive, the year “1847” (when Mormon pioneers entered the Salt Lake Valley) and a star.

A proposed design of the Utah State flag created by The Organization for a New Utah Flag.

According to the Utah Department of Heritage and Arts, the state’s official flag was originally adopted in 1896 and revised in 1913.

“The beehive on the shield stands for hard work and industry. The date 1847 is the year the Mormons came to Utah. A bald eagle, the United States national bird, perches atop the shield and symbolizes protection in peace and war,” the flag description reads. “The sego lily is a symbol of peace and a U.S. flag appears on each side, symbolizing Utah’s support to the nation. The Utah State Flag, as we know it today, was originally designed for the battleship Utah in 1912. It was later made the official flag of Utah when Governor William Spry signed House Joint Resolution I in 1913.”

The Utah State Flag (with error introduced) in 1951. (Image via Utah Dept. of Heritage and Arts/Salt Lake Tribune negative collection)

In 1922, changes were made to the original flag and an error was introduced. The year “1847” wasn’t placed on the shield. It was under it, as required by flag law (which is apparently a thing). So in 2011, then-Rep. Julie Fisher, R-Fruit Heights, ran a bill to fix it.

That’s how we got to the flag we have today. But now the flag could get another redesign. A group calling itself the Organization for a New Utah Flag has pushed the design.

“We wanted to design an impressive new state flag that would meet all the criteria; that is, to be colorful, bold, simple, and unique, while honoring Utah’s unique history,” the organization’s leader, Richard Martin, said in a statement.

The group said the red bottom represents the red rocks of southern Utah, the white top the snow-capped mountains of northern Utah, and the blue sides “tradition and the Great Salt Lake.”

“In order to keep the design simple, you can’t be all things to all people,” Martin said in a statement. “You have to let the colors and symbols speak for themselves. It’s easy to overthink a flag’s design via a time consuming and potentially costly, committee or commission. This is why we’ve already spent private funding on hundreds of professional designs from a group of professional designers before presenting our proposed flag.”

Rep. Stratton apparently agrees. His bill was introduced in the Utah State Legislature to go along with the design. A competing bill, House Bill 219, by Rep. Stephen Handy, R-Layton, would create a commission to study and design a new state flag. 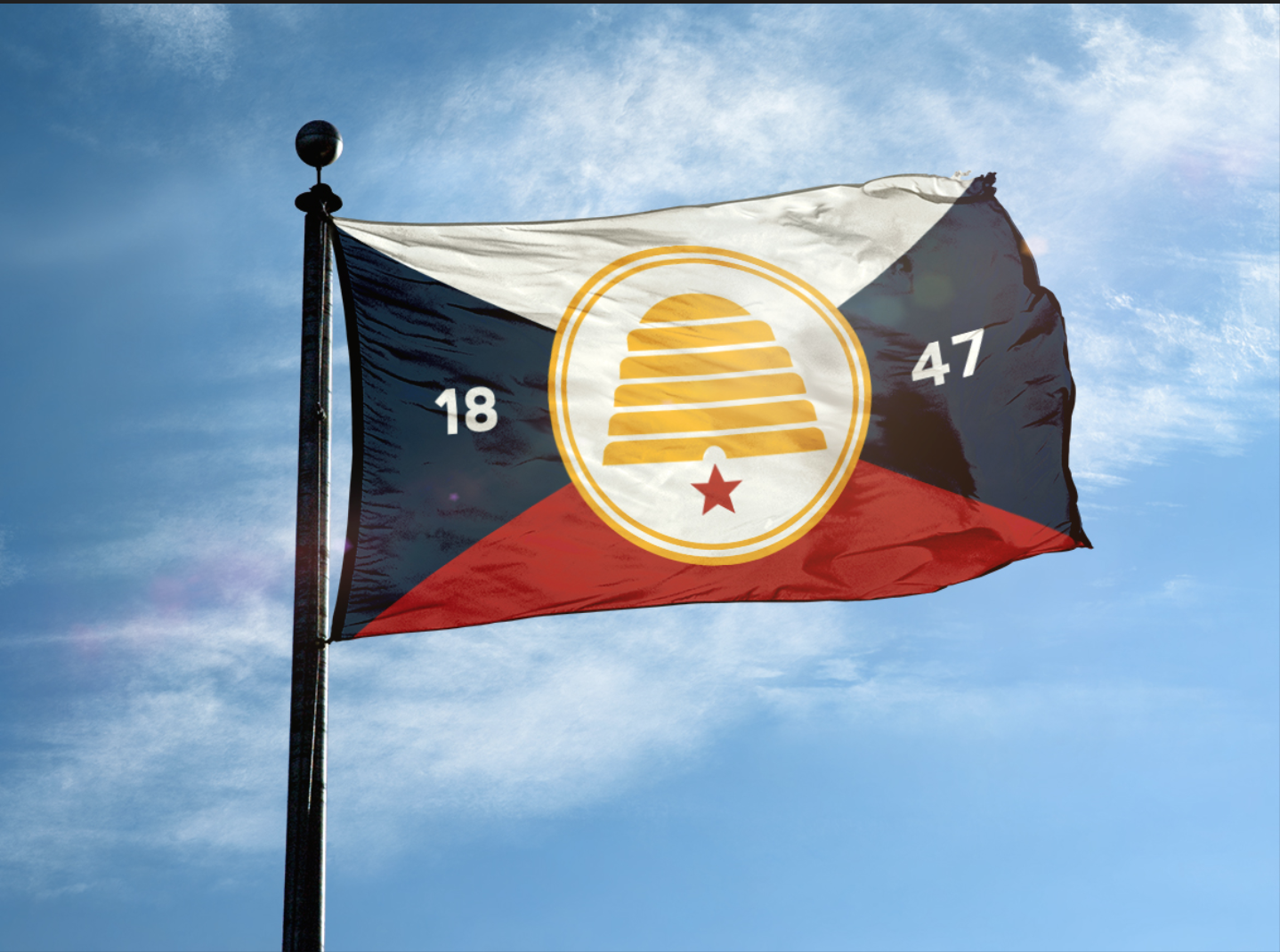