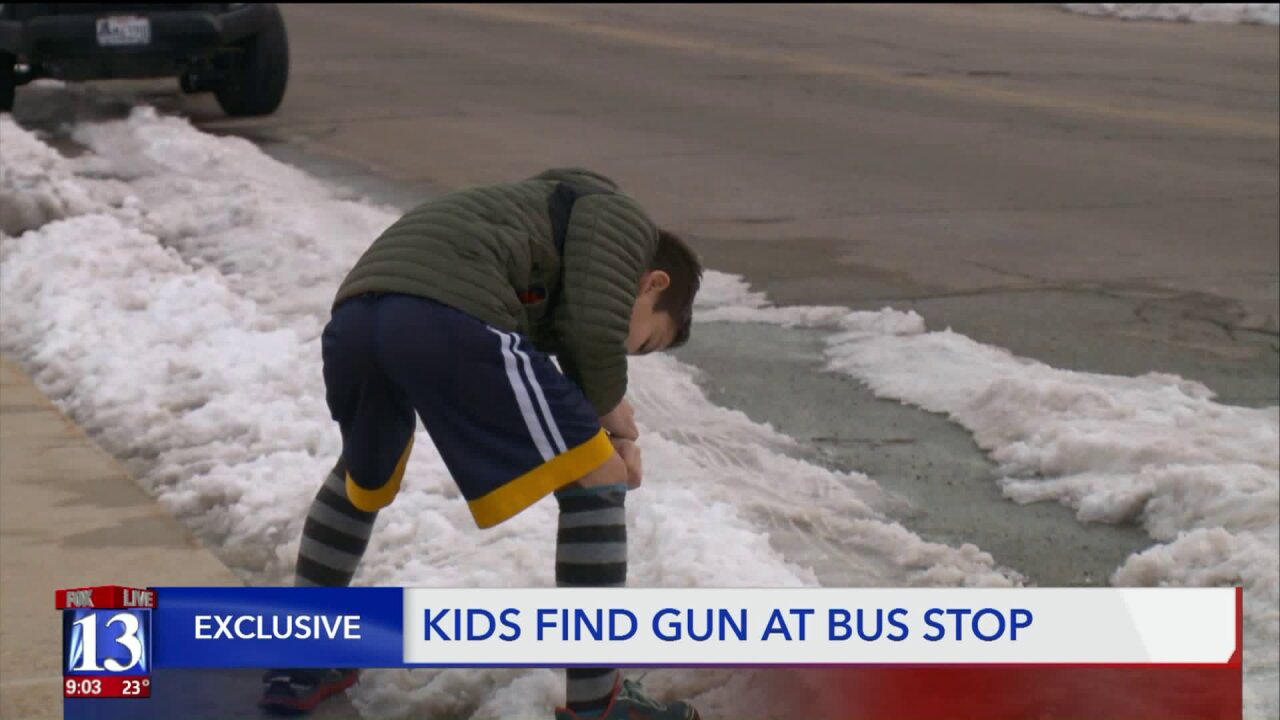 PLEASANT GROVE, Utah – Police are applauding the actions of two 9-year-old boys who found a handgun lodged in the snow while waiting for the school bus.

It was anything but an average day for nine-year old’s, Sam Gonzales and Landry Collins.

“I knew straight away that it was just a real gun,” said Sam.

The boys were waiting for their school bus on Friday morning in their Pleasant Grove neighborhood when one of them noticed something stuck in the ice near the sidewalk.

“I kind of thought it was a phone,” said Landry.

“I thought it was a harmonica so I started chipping up the ice,” Sam said.

The two started to break away the ice to see what was underneath, “right here is where the trigger was,” Landry said pointing to an imprint of the gun now left behind in the snow and ice.

The boys had found a handgun, dropped the night before by a man who police believe used that very gun to hold a woman hostage inside of their home -- prompting a SWAT standoff.

The incident eventually led to the arrest of 38-year-old Nicholas William Haun.

“This might be from the police stuff happening the night before,” said Landry thinking back to Thursday night.

Knowing what they had found, the boys got help.

“Everyone was getting worried and they were shouting, ‘There’s a gun over here!’” said Landry’s older brother, Brody. “I was like, ‘We should just tell somebody and leave it alone.”

The boys decided to leave the gun alone and notify their school bus driver when she arrived. Police said she took the gun and kept it (and the children) safe until police could get there.

The boys credit their smart thinking with having a basic knowledge of guns.

“I’ve been told that you should treat every gun like it’s loaded,” Landry said.

“I don’t think we could have done any better,” Brody added.

Police said they are grateful the kids did not touch the weapon and instead alerted an adult.

“It’s okay to teach your kids about guns, they can be very dangerous and in this situation, it could have very well have been,” said Officer Steven Brinton with the Pleasant Grove Police Department.