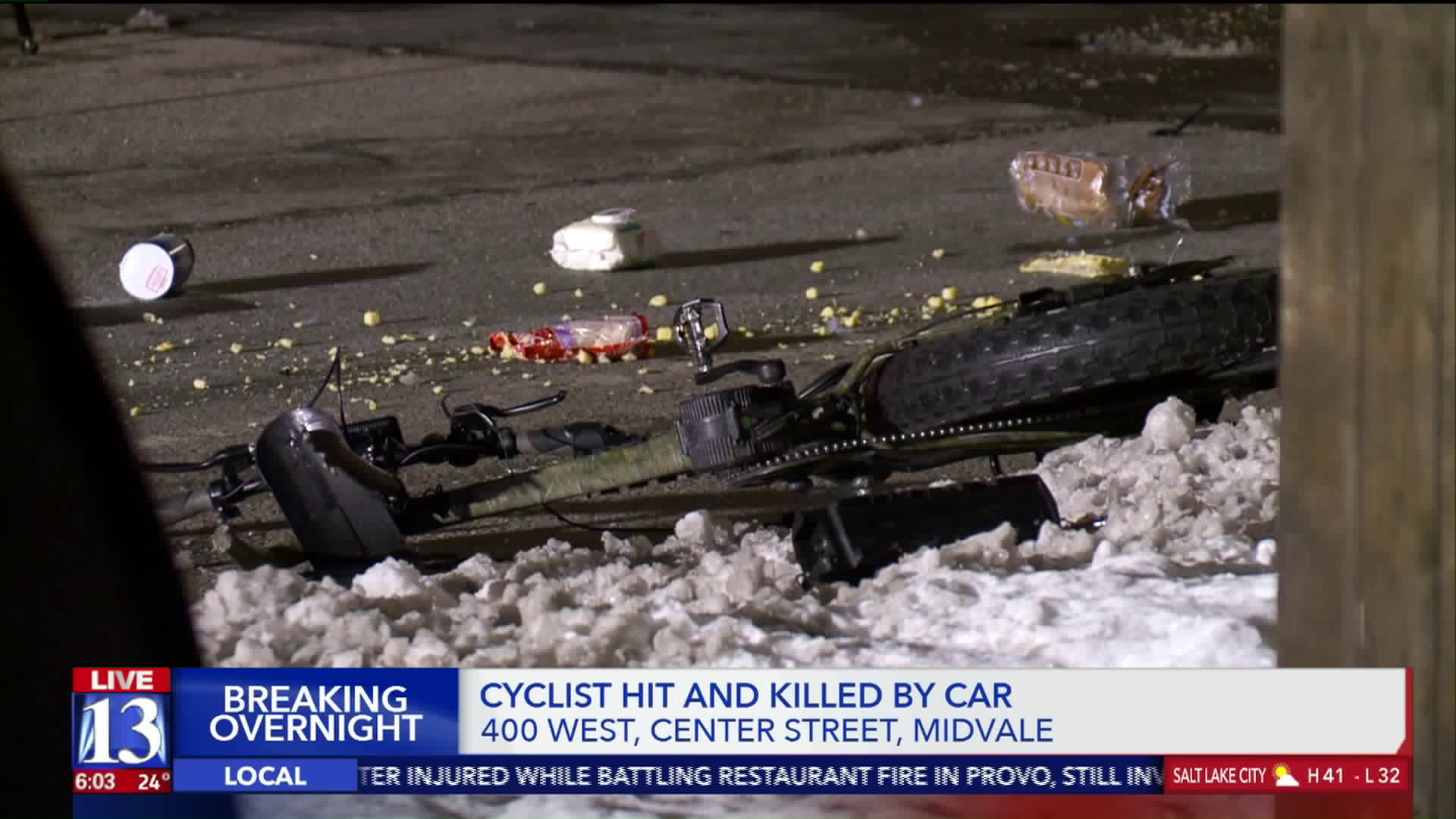 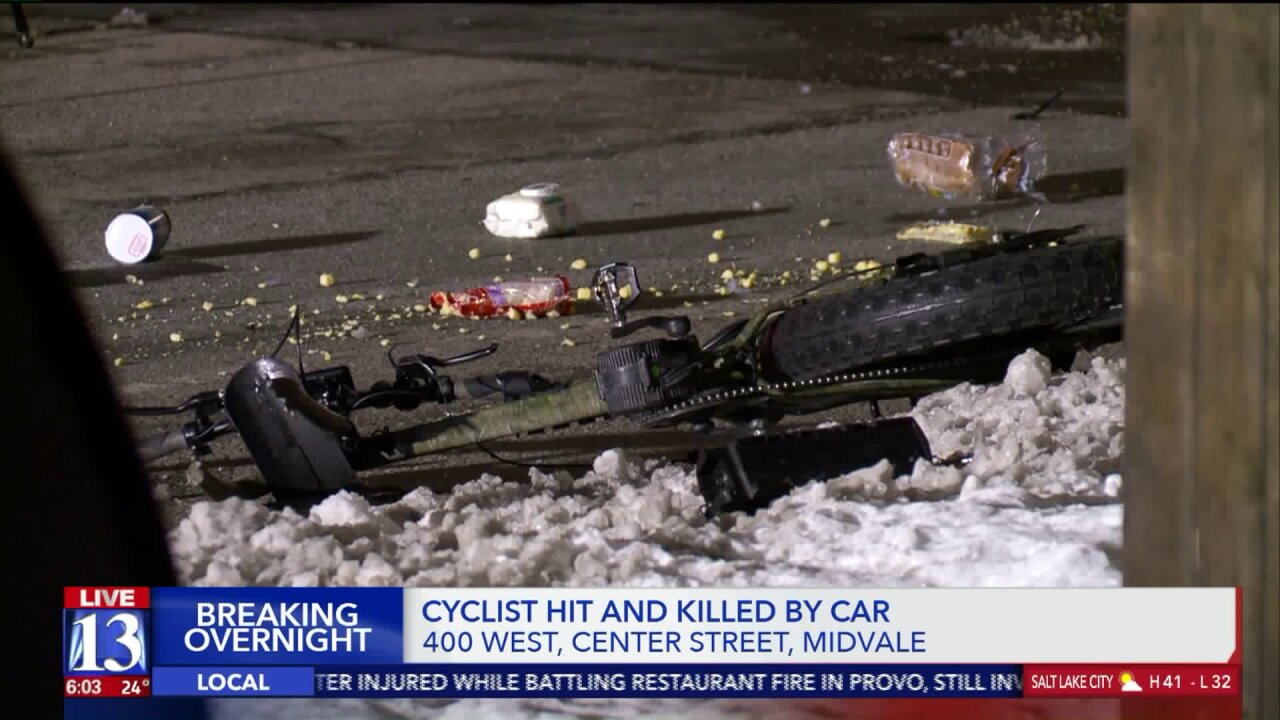 MIDVALE, Utah -- A cyclist was hit and killed in Midvale Monday night while moving from a side street onto Center Street.

Officers said Phillips was riding northbound and entered Center Street from a side street, where he was struck by an eastbound car and suffered fatal injuries.

Lt. Paul Barker, Unified Police, said the cyclist had a stop sign in his direction of travel, but it's not yet clear if he stopped before entering Center Street.

There is not a marked crosswalk at that intersection.

Barker said the driver did not see the cyclist prior to the impact.

Sgt. Melody Gray of UPD said Phillips was wearing a dark coat on top of his bright orange vest. He did not have any lights on the bike but was carrying a flashlight.