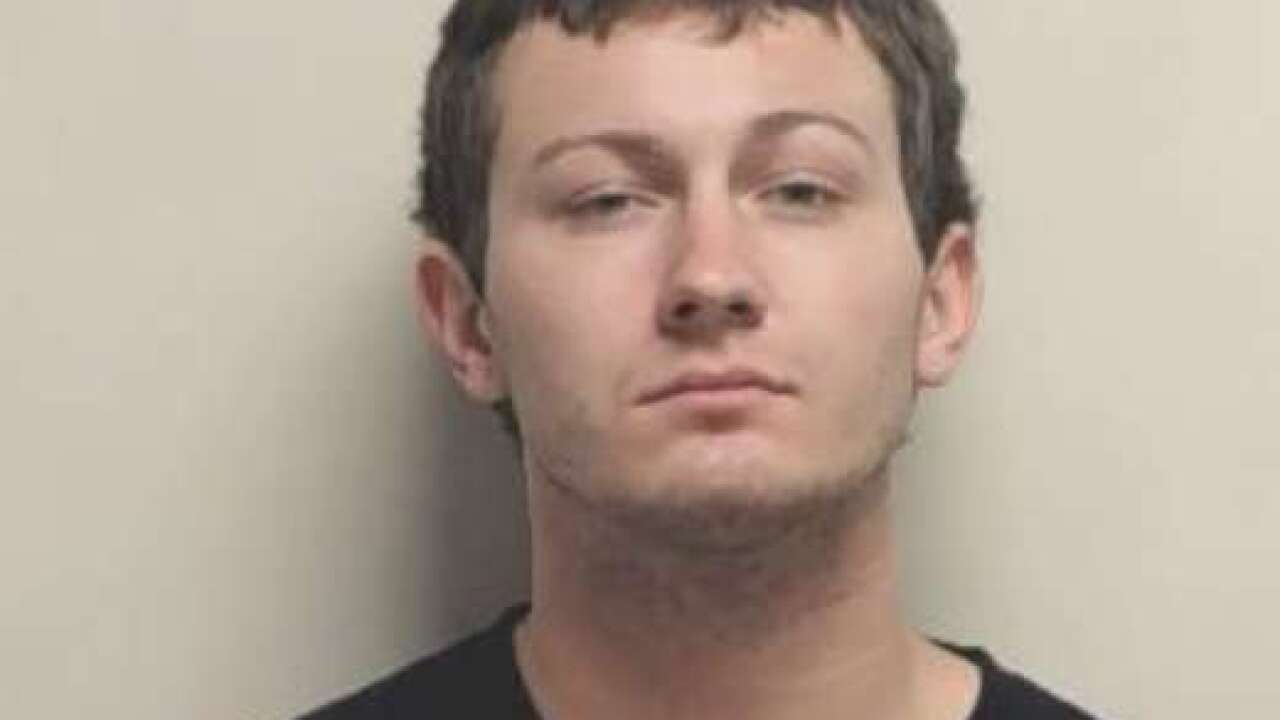 A booking photo of Shon Blake.

LEHI, Utah -- One man was seriously wounded and another is behind bars after a shooting in Lehi, which police say started with a fight between a woman, her boyfriend and her ex-boyfriend.

Officers responded to a report of a man with a gun at the Mayflower Apartments at 1:42 a.m. Tuesday, and while responding to that call dispatchers were called by someone else reporting a man had been shot.

Police found a man at the scene with gunshot wounds to both arms, and he was taken to a hospital in serious condition.

The victim is currently dating a woman who lives at the complex, and she told police the gunman was her ex-boyfriend: Shon Blake.

The woman said someone threw a rock through the window of her third floor apartment.

She and her current boyfriend then, "confronted the ex-boyfriend by Facebook, phone and text and told him to come deal with this like a man," a probable cause statement indicates.

Blake told the pair he was on his way, and he confronted the pair as they were outside smoking. The woman yelled at Blake for breaking her window and popping a tire on her car, and he denied the allegations.

During the argument, Blake produced a handgun and pointed it at the woman briefly. She said as the argument grew more heated, he fired a shot into the ground.

The current boyfriend got between the two at that point, which is when Blake shot the woman's car several times and began to walk away.

The current boyfriend followed Blake "to make sure he left", the woman told police. That's when Blake shot him.

Investigators located nine .22-caliber casings at the scene. Six were located near the car, which was hit five times.

Three casings were near the area where witnesses said Blake fired at the victim.

The damage to the vehicle and the apartment window is estimated to exceed $5,000.

Police ultimately located Blake at a relative's home in West Jordan. Police said they found a firearm and ammunition corroborating the witness accounts at that home.

Blake was booked into jail on one count of attempted aggravated murder, as well as criminal mischief and aggravated assault with enhancements for domestic violence.

He also faces nine counts of discharge of a firearm.