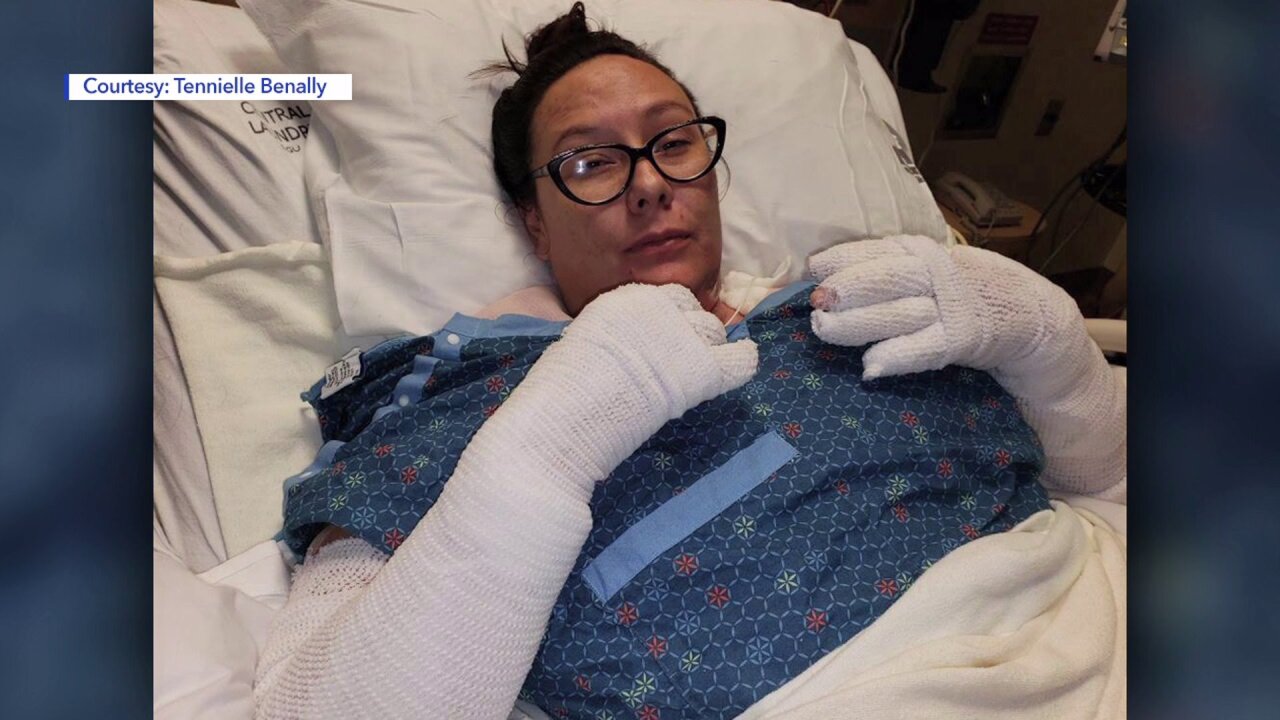 LAYTON--  A Layton woman is warning slow cooker owners, after she said her slow cooker exploded and left her in the hospital for days with second degree burns.

As broth for homemade chicken pot pie bubbled away, she said it exploded with a ‘boom’ as she happened to be reaching into the cupboard above it.

Steam and sizzling liquid drenched her chest, neck and arms.

“It blew up on me and I flew backwards, and I actually fell backwards over a chair,” Benally recalled. “I was screaming, because I knew I had some serious burns.”

Her husband Brian March, who was nearby in the living room with their two kids, immediately ran over to help.

“Her skin was melted completely off her,” he said. “It was the scariest thing I've ever seen in my life.”

Benally first went to the Davis Hospital, and she said her burns were so severe that she was sent to the University of Utah Burn Center in Salt Lake City. Benally said doctors told her she suffered second-degree burns on 12 percent of her body.

The burns start near Benally’s mouth, extend down her neck and chest, over to her shoulders, and all the way down both arms. Her left arm is burned on both sides, all the way to her fingers.

Benally and March set out to figure out why the slow cooker exploded, and said they realized it was from the locking lid.

They said their slow cooker didn’t come with a manual, and they thought it was meant to be locked while cooking, with steam releasing out two vent holes. They said there aren’t any warnings on the slow cooker about the locks.

That’s how they’ve been using it for half a decade.

“It looks like it's designed to be on and have it steam out, but it's not,” March said.

He and Benally said they learned the locks are only meant for transporting the slow cooker, to prevent spills. Now that they know this, they are warning others to be careful.

Benally has returned home, with two months of recovery ahead. She said she doesn’t have full use of her hands because of the nerve damage. A friend has set up a fundraiser to help the family while Benally heals.