SALT LAKE CITY — A House committee declined to advance a pair of bills that seek to re-design the Utah State Flag.

After hours of testimony, the House Government Operations Committee voted to hold two competing flag bills. One, by Rep. Keven Stratton, R-Orem, offers up a replacement for the current state flag. The other, by Rep. Stephen Handy, R-Layton, seeks to create a commission to come up with new designs based on public feedback.

Rep. Stratton’s bill featured a proposed flag created by Richard Martin and his son, Jonathan, who offered it to the state. They rejected criticism of their flag during testimony on Wednesday, even as lawmakers offered some withering critiques.

“It looks to me like a really great corporate logo,” he said.

“That’s not when we became a state,” he said. “I feel like 1847 would immediately exclude nearly half the population now.”

Jonathan Martin said to exclude the number would ignore Utah’s history before it became a state.

Public comment was also largely against the flag. Rep. Handy’s bill to create a commission to study good designs and come up with new flag ideas faced less of a rough time. Lawmakers questioned the need for 22 people to serve on a flag commission and agreed to hold his bill until modifications could be made.

The committee adjourned without considering the fate of Rep. Stratton’s bill.

Utah’s flag has been described as a “seal on a bedsheet.” The last time it was updated was in 2011 to fix a mistake when a year on the flag was out of place. Utah has had flags since the time it was Deseret Territory, with updates in 1913, 1922 and 2011.

See a gallery of the Utah State flag and the proposed new one: 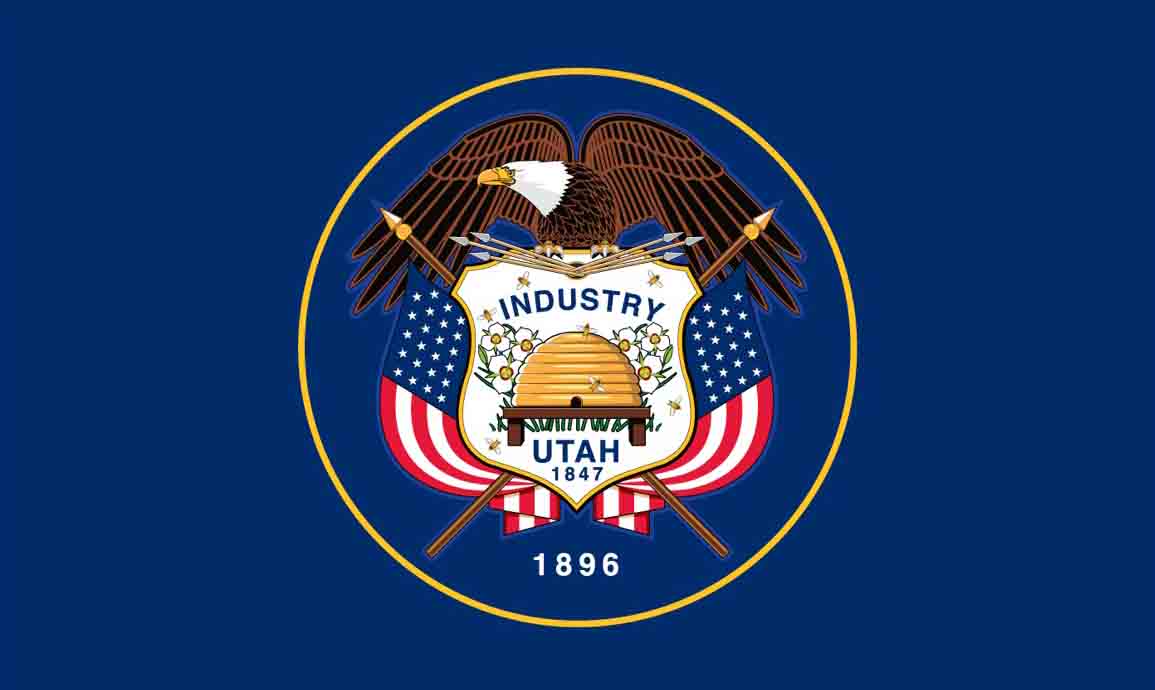