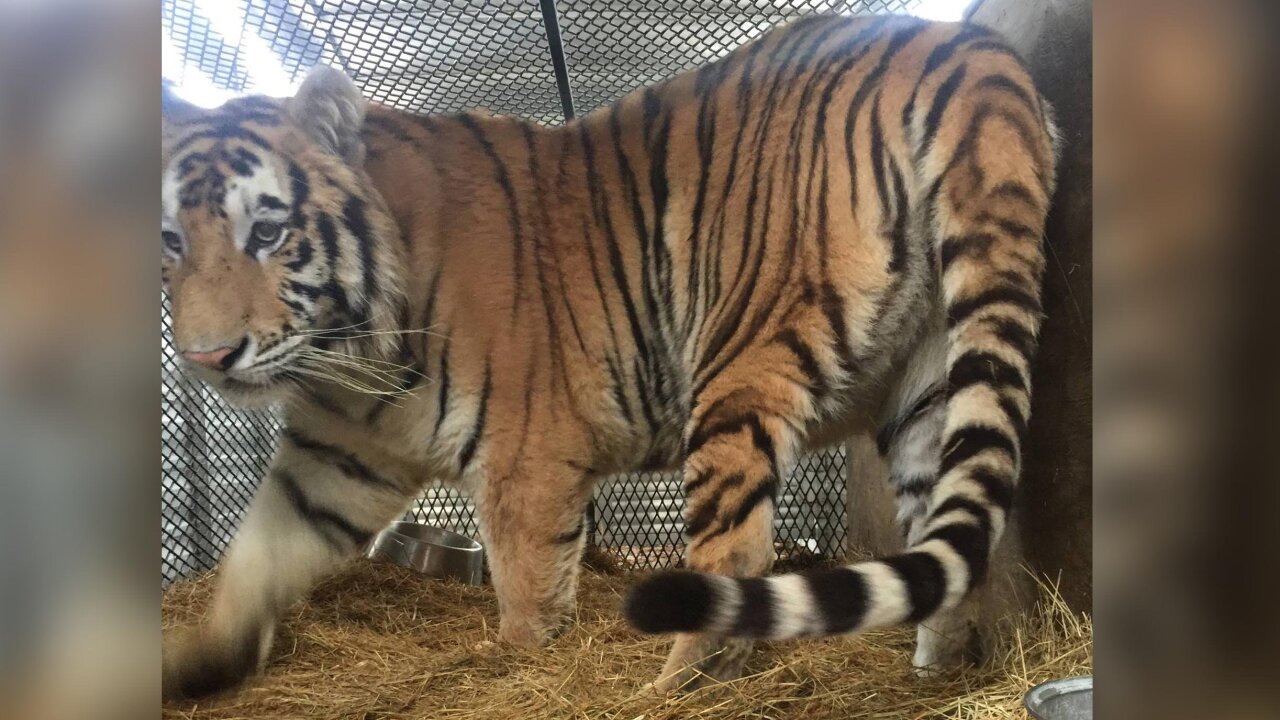 The 350-pound male tiger was transferred to the Cleveland Amory Black Beauty Ranch in Murchison, Texas.

(CNN) — A tiger that had a puzzling encounter with a weed smoker in Houston this week has found a home. And it comes with two potential tiger pals and lush green land for the feline to roll around.

The tiger — nicknamed Tyson after the movie “The Hangover” — was discovered Monday in the garage of an abandoned home by someone who’d gone to smoke weed. While the home had been deserted for a while, the caged big cat had several packages of meat, CNN affiliate KTRK reported.

Officers tranquilized the 350-pound animal, pulled it out and took it to an animal shelter. It was later transferred to the Cleveland Amory Black Beauty Ranch in Murchison, Texas, where it’s joined more than 800 other animals, including two tigers.

“The ranch has a five-acre, naturally wooded habitat complex that emulates a native environment and that will be the tiger’s new home pending a decision about permanent custody,” the Humane Society said.

While Tyson appears to be in good health, he has been placed in quarantine for at least two weeks, said BARC Animal Shelter & Adoptions in Houston.

Tyson’s learning to walk on grass, and is gingerly prancing around his enclosure under the watchful eye of his new fans.

“The first time we saw him get out of the cage and on the grass, it’s heartwarming,” Dr. Mikaela Vetters told the affiliate. “It’s like walking on hot sand. He had never walked on grass before.”

The case is under investigation and it’s unclear whether anyone will face charges for owning a tiger.