PARK CITY, Utah — Part of the roof over a Park City home collapsed Tuesday morning, and a spokesperson for the Park City Fire Department said no one was injured.

The couple who lives there said they heard a pair of booms, then noticed the ceiling over the living area of the house start sagging.

Jim Ingram, who lives next door, said the couple told him they called their contractor.

"The contractor advised them to get out of the house immediately, which they did," he said. The couple said they and two house guests evacuated the house.

Soon after, the roof collapsed.

“This section of the house-- that's their kitchen, dining room and living room," Ingram explained. "So that would have been a common place for them to be this morning.”

Park City Fire responded, and fire fighters went back into the house to retrieve some of the couple's belongings. Fire fighters then began to investigate what caused the roof to crash down.

While Park City Fire spokesperson Tricia Hazelrigg said they won't know for certain until the investigation is complete, “snow is definitely a consideration, age of the home is a consideration.”

Ingram said the couple told him they suspect structural issues.

It's unclear if snow contributed to the collapse. Hazelrigg pointed out that it's a good reminder to be aware of the snow load on your home's roof, as well as around utilities like gas meters.

"We do have a great snow load, and it has been rather wet," she said. "People do need to be considerate of that, paying attention. And if it starts to get pretty deep, or they’re noticing a lot of snow on their roofs, they should consider getting it shoveled."

The home has been condemned, and Hazelrigg said the remainder of the home is considered structurally unsafe.

Ingram said the couple has another place to stay, while insurance begins to take over collapse cleanup. He's glad his neighbors are okay.

"Bad what happened to the house," Ingram said, adding, "but it’s good that no one was hurt."

Photos of the roof collapse can be seen below: 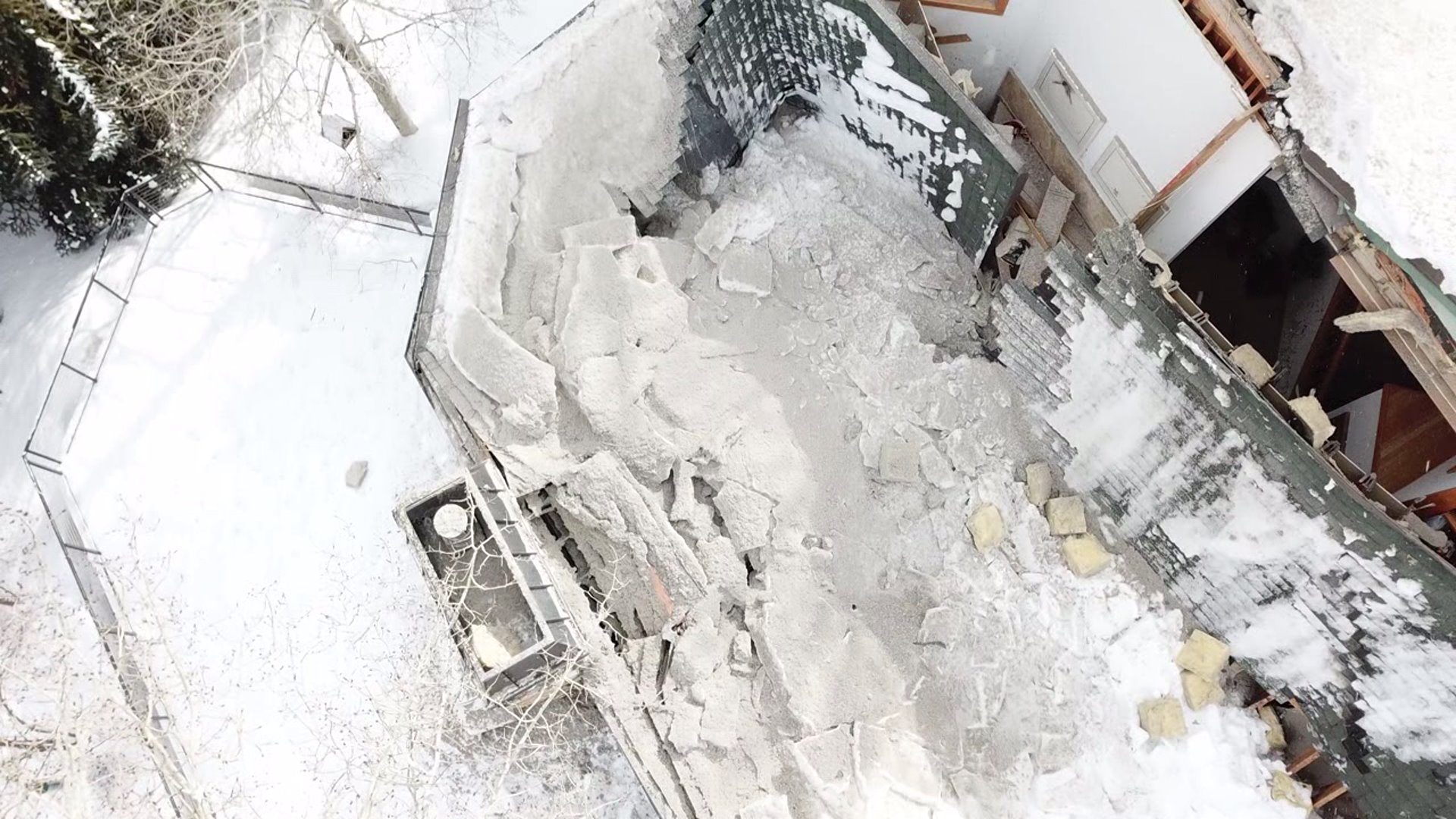