‘I broke my face a whole bunch’: Teen fell 50 feet off bridge while attempting selfie 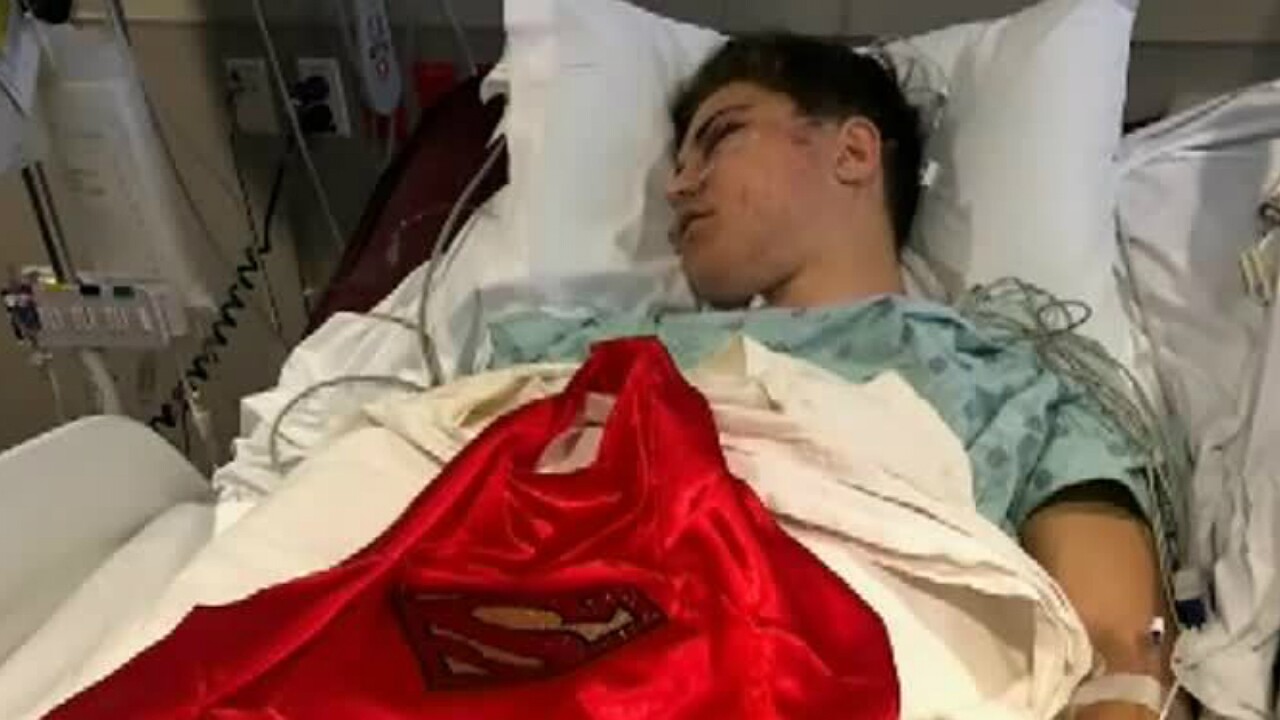 DALLAS - A Texas teen is lucky he lived to tell about the day he fell from a bridge while trying to take a selfie.

Triston Bailey, 18, and his friends wanted to take a selfie at the top of the Margaret McDermott Bridge overlooking the Dallas skyline, KTVT reports.

Last November they attempted the photo, but Bailey doesn't remember it. His friends filled him in.

"They say we stopped on the side of the bridge to take some pictures and that I was going over the concrete barriers. They heard me scream and they thought I was joking," Bailey said.

Bailey fell 50 feet to the ground.

"I broke my pelvis, I had a rib fracture, a punctured lung, I broke my face a whole bunch and I had lacerated my spleen," he said.

A study from researchers associated with the All India Institute of Medical Sciences found at least 250 people worldwide have died taking selfies in about the last six years.

More than 70 percent of the victims are men and are on average about 23 years old.

Doctors warn no photo is worth it.

Bailey is still going to physical therapy, but is expected to make a full recovery.