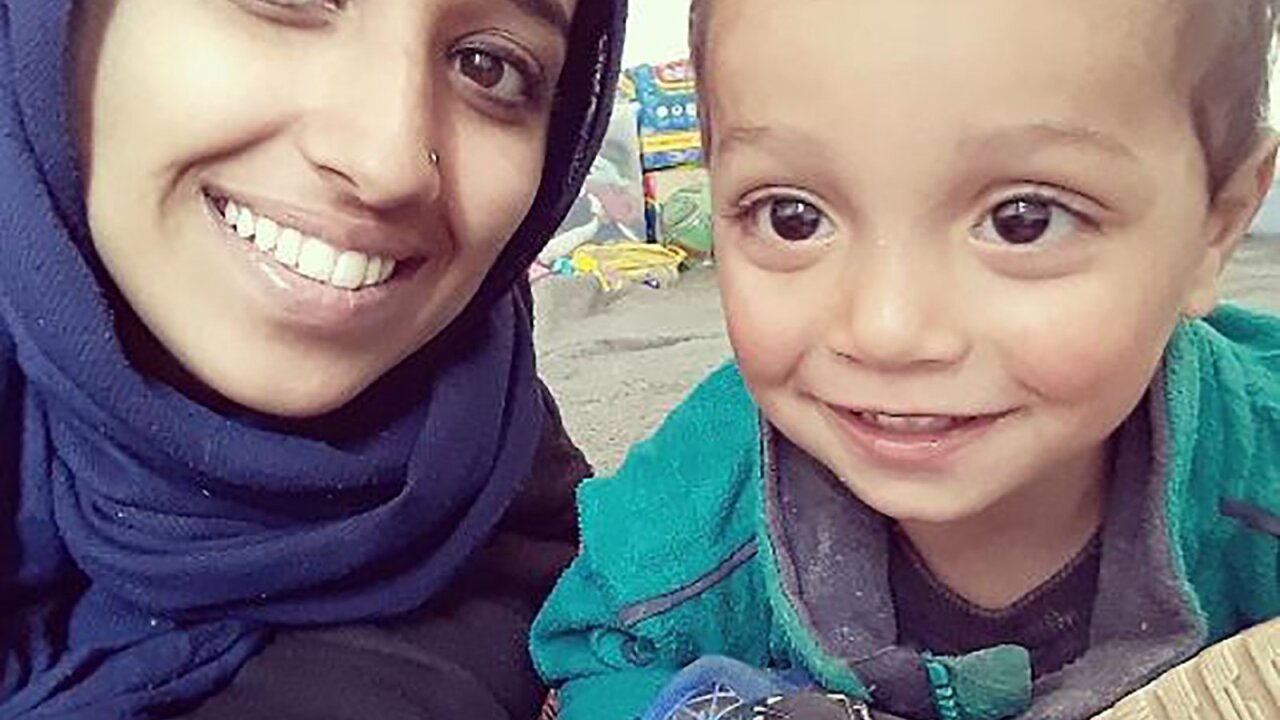 The father of the Alabama woman who joined ISIS is suing the Trump administration over her US citizenship and seeking her return.

(CNN) — The father of the Alabama woman who joined ISIS is suing the Trump administration over her US citizenship and seeking her return.

Ahmed Ali Muthana filed a lawsuit on Thursday in federal court in Washington, DC, to prevent what he calls an “unlawful attempt” by the United States to rescind his daughter’s citizenship.

Hoda Muthana, now 24, was a college student when she traveled to Syria more than four years ago to join ISIS — eventually marrying three fighters and calling for the killing of Americans on Twitter. In a series of interviews this week from a sprawling camp in northern Syria with her infant son, she expressed deep remorse.

President Donald Trump tweeted Wednesday that he directed Secretary of State Mike Pompeo not to allow Muthana back into the country. Pompeo declared the same day, in a statement, that Muthana is “not a US citizen and will not be admitted into the United States. She does not have any legal basis, no valid US passport, no right to a passport, nor any visa to travel to the United States.” Speaking on NBC Thursday, Pompeo confirmed the administration’s position that Muthana was not a citizen because of her father’s diplomatic status when she was born.

The lawsuit filed by her father “seeks injunctive relief preventing the United States government from unconstitutionally robbing (Muthana and her son) of their rights as United States citizens,” according to the court document filed Thursday. He is requesting the court “find the US government has an obligation to assist in the return of its citizens from areas of armed conflict.” The lawsuit was filed against Trump, Pompeo and Attorney General William Barr.

If she returns to the United States, Muthana “is prepared and willing to surrender to any charges the United States Justice Department finds appropriate and necessary,” according to the lawsuit.

Muthana grew up in Hoover, Alabama, in a Yemeni household that she has called ultra-strict. In interviews with The Guardian, The New York Times and ABC News from the Al Hawl refugee camp this week, she described how she had used money from her parents meant for tuition at the University of Alabama at Birmingham to pay for a flight to Istanbul in late 2014.

After being smuggled into ISIS-controlled territory, she tweeted a photo of an American passport, with the caption “bonfire soon, no need for these anymore.”

In the caliphate, she become a noted ISIS propagandist online, her presence on Twitter growing extreme and violent.

“Soooo many Aussies and Brits here, but where are the Americans, wake up u cowards,” she posted in January 2015.

“Go on drive-bys and spill all of their blood, or rent a big truck and drive all over them,” she wrote that March.

In her written statement, she said that years of bloodshed and war, and the birth of her son, had changed her.

“In my quiet moments, in between bombings, starvation, cold, and fear, I would look at my beautiful little boy and know that I didn’t belong here and neither did he,” she wrote.

Last month, as Kurdish forces backed by US-led coalition aircraft beat ISIS back to territory only kilometers wide, she decided to attempt an escape.

In January, she surrendered to Kurdish troops in the Syrian desert.

Muthana’s father is represented by attorneys from the Constitutional Law Center for Muslims in America, which released a statement Thursday that reads, “The Center has taken Mr. Muthana as a client because of the important constitutional issues involved, which have wide-ranging impact far beyond Ms. Muthana and her son.”

“Citizenship is a core right under the Constitution, and once recognized should not be able to be unilaterally revoked by tweet — no matter how egregious the intervening conduct may be.”

At issue in the case is the legal status of Muthana’s father, a Yemeni diplomat, when she was born. The issue is complicated by a series of conflicting dates and information, and could be ripe for judicial review.

Muthana was born in Hackensack, New Jersey, in 1994, according to her birth certificate, which was provided to CNN by her representative.

Months before her birth, Muthana’s father stepped down from a post at his country’s mission to the United Nations in New York, relinquishing his diplomatic immunity but maintaining a diplomatic visa, which enabled him to stay in the country with this family legally, according to Charles Swift, the director of the Constitutional Law Center for Muslims in America and the lawyer for Muthana’s father.

A person born in the United States is entitled to citizenship by virtue of the 14th Amendment, often described as the right of birthright citizenship. But a child born to a diplomat still under the protections of his home country would be considered a citizen of that home country.

In an interview with CNN’s Kate Bolduan on Friday morning, Swift said he had written to the State Department last month indicating Muthana’s willingness to surrender and explaining her citizenship claim, but did not hear back.

“They chose this route without ever communicating to us. That’s why we’re suing. It was a last resort,” he said.

According to the lawsuit, the State Department claimed in a 2016 letter sent to Muthana at her parent’s residence that officials at the US mission to the UN had not been officially notified of Muthana’s father’s termination from his diplomatic post until February 1995 — after her birth — making her “therefore not a United States citizen pursuant to the Fourteenth Amendment to the Constitution.”

But in a letter shared with CNN by Muthana’s representatives, a State Department official in 2004 acknowledged the date range of her father’s diplomatic employment — ending months before her birth.

That letter came as part of the application process for Muthana’s passport, where the US government first grappled with the question of her citizenship. In the end, she was issued a passport.

“All of these issues played out in 2004 and they gave her a passport,” Swift said.