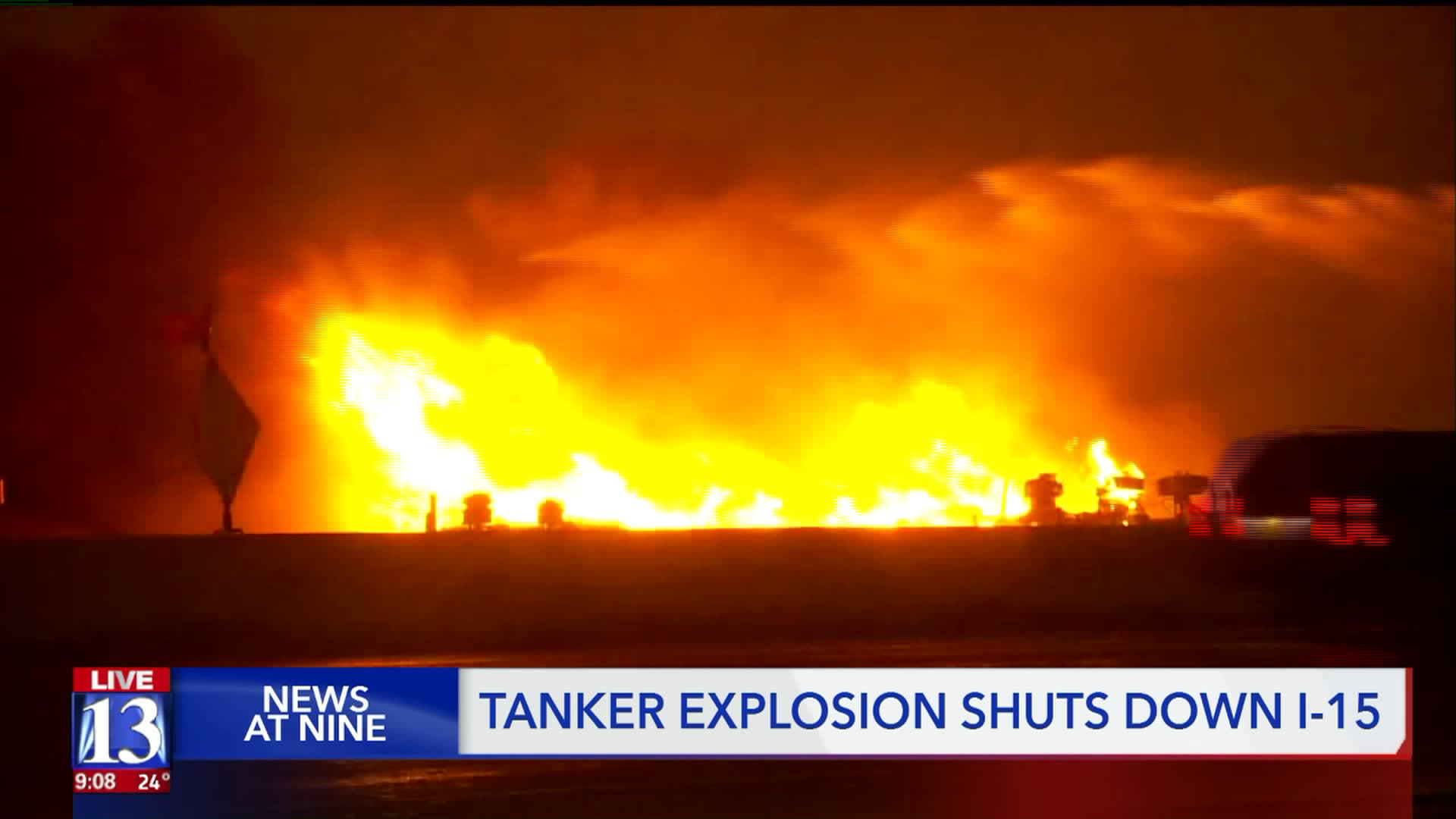 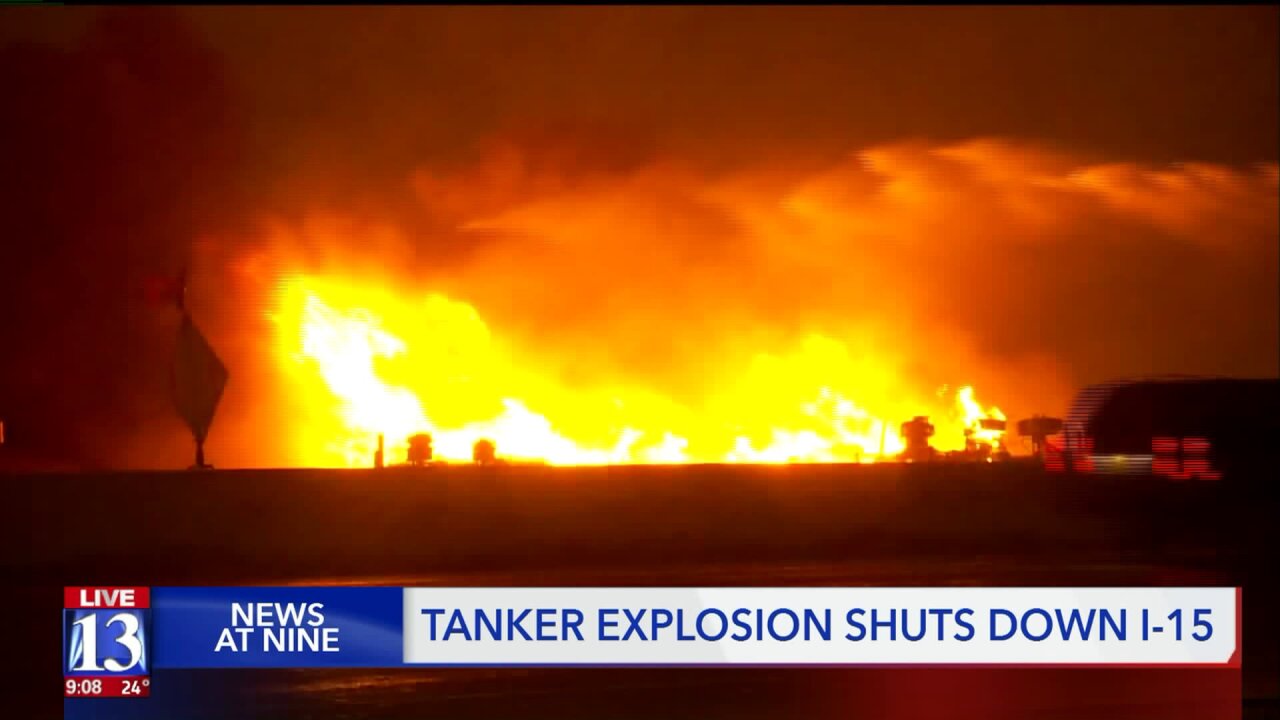 SALT LAKE CITY -- The Utah Highway Patrol has released dash camera footage that shows troopers responding to a massive tanker fire that turned I-15 into an inferno Friday morning.

The video shows troopers running around, warning bystanders to get out of harm's way.

UHP said a 17-year old driver in a Honda car caused the crash when he veered out of his lane and tried to overcorrect around 1:30 a.m. Friday, on I-15 southbound near 1700 South.

"[The Honda driver] hit the right side concrete barrier, which then spun the vehicle back into traffic," explained Lieutenant Danny Allen. "And that's where a semi tanker carrying 8,100 gallons of fuel actually struck that vehicle and rolled."

The tanker burst into flames, and cars stopped on the freeway. Troopers soon pulled up as the fire roared on the roadway.

Lt. Allen said fuel spilled across the highway and seeped into a drain, which sparked a second explosion that he said they could feel under the roadway.

"[I looked] over, and there's flames coming out of the drainage pipe," he recounted. "It's a dangerous situation."

Troopers made everyone turn around and drive the wrong way on the freeway to get away from the fire.

I-15 southbound shutdown, but later partially reopened. The fiery crash snarled traffic through the morning commute.

UDOT said workers temporarily patched the pavement but will need to make major repairs on a 90-foot stretch of the highway. Spokesperson John Gleason said they expect to start repairs next week.

Gleason said they'll need to replace more than 300 feet of concrete barrier, and they don't have a timeline yet for that project.

Lt. Allen said they've determined the teen driver is at fault in the crash. They are still investigating what caused the teen to veer out of his lane.