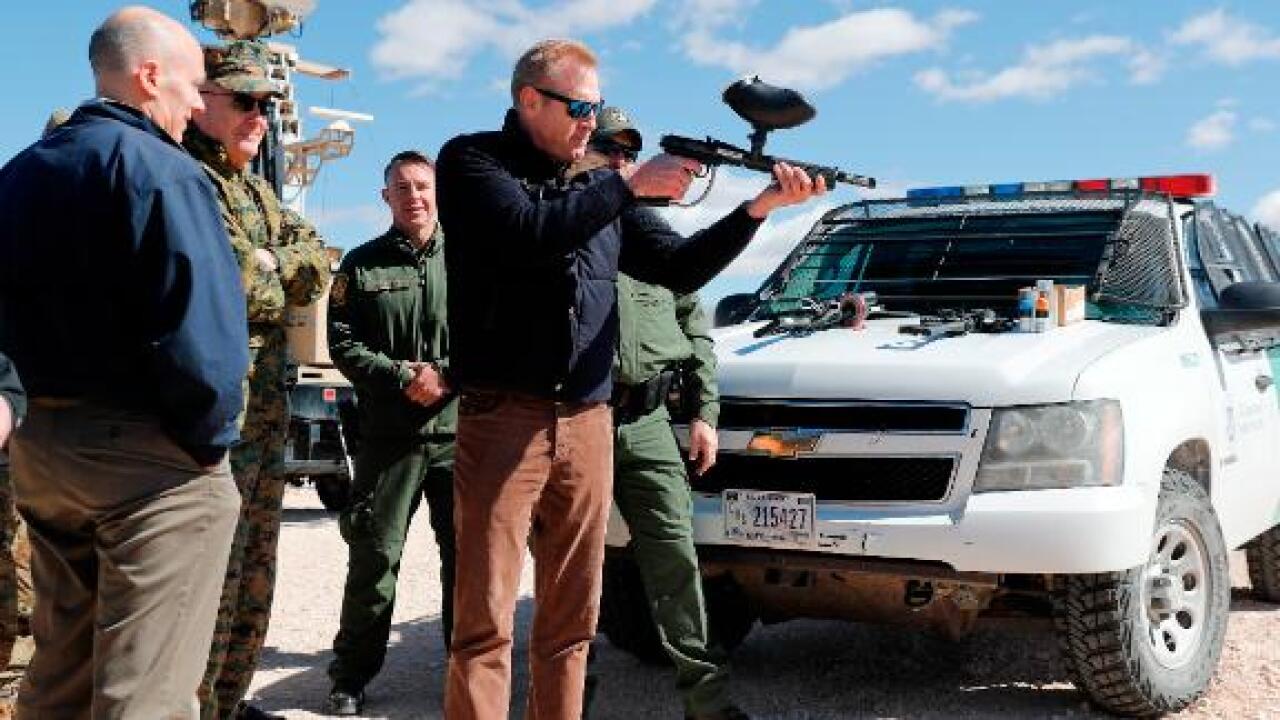 (CNN) — While visiting troops on the US-Mexico border Saturday morning, acting Defense Secretary Patrick Shanahan and Chairman of the Joint Chiefs Gen. Joseph Dunford tried out some of US Customs and Border Protection’s “less lethal” devices.

The two men, who were visiting troops and sites where the Department of Homeland Security has requested Pentagon assistance to combat drug smuggling, were shown a variety of CBP’s capabilities, including mobile surveillance vehicles, ATVs, horses and weapons at the Monument 3 Site in New Mexico, according to a pool report.

But in addition to observing the border security’s capabilities, Shanahan fired a “PLS pepper ball launching system” — shortly after, Dunford fired a “FN303.” The “FN303,” according to officials, is similar to the device Shanahan fired, but with more kinetic energy.

According to CNN Military Analyst Ret. Col. Cedric Leighton, these devices are essentially for riot control and “designed to fire non-lethal rounds into a crowd.”

“Pepper ball launching systems are usually designed so they can be fired in the direction of a crowd, but not (initially) directly into the crowd or at an individual,” Leighton explained via email. “If the situation gets out of hand and an individual charges a law enforcement officer, the officer can respond by firing the pepper ball launcher at the individual without seriously wounding or killing them.”