Multiple vehicle crash on I-80 injures one person 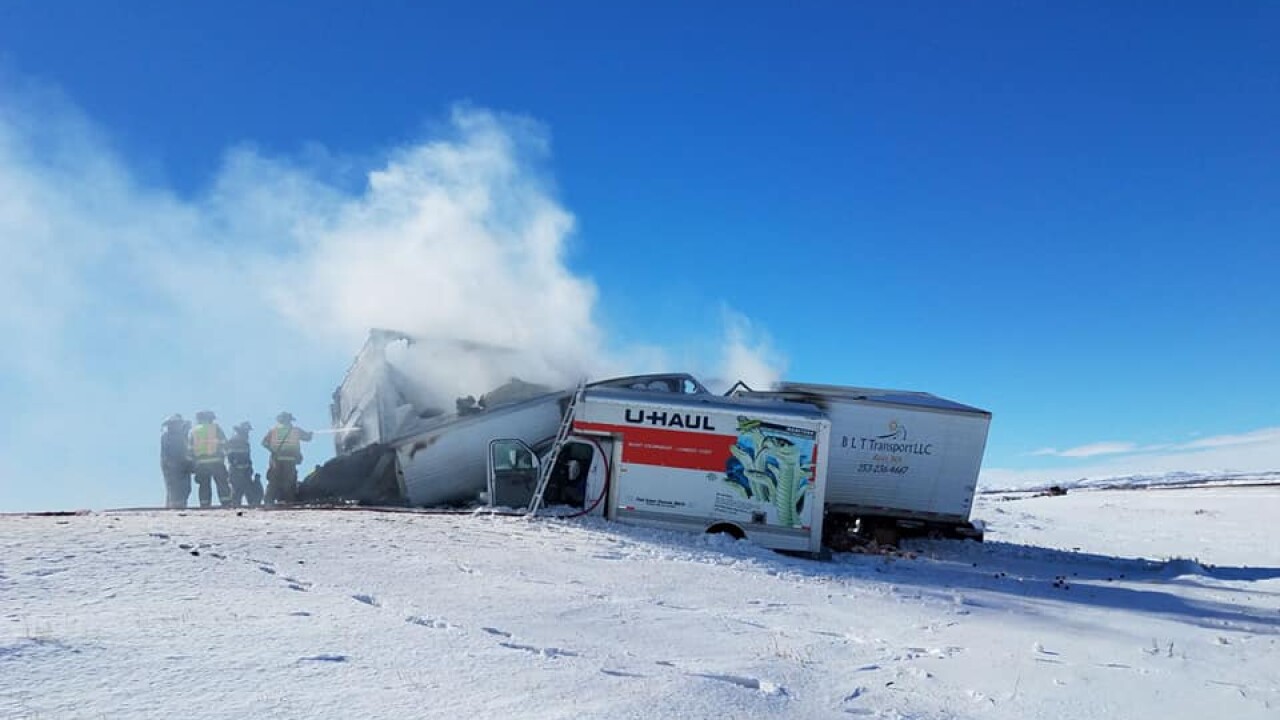 EVANSTON, Wyoming – One person sustained serious injuries after a multiple vehicle crash on I-80 Sunday morning.

According to a Facebook post by Uinta County Fire and Ambulance, crews responded to the crash near mile marker 46.

A tow truck was in the process of pulling out a U-Haul truck when it was hit by a semi. The semi-truck lost control due to icy road conditions, according to the post.

The tow truck and semi-truck drivers were uninjured, but the driver of the U-Haul was hit and sustained injuries.

The driver of the U-Haul was taken to Evanston Regional Hospital where they are being treated.

Uinta County Fire and Ambulance said high winds most likely caused parts of the roadway to remain slick. They warn drivers to use caution, slow down, and move over for highway personnel.