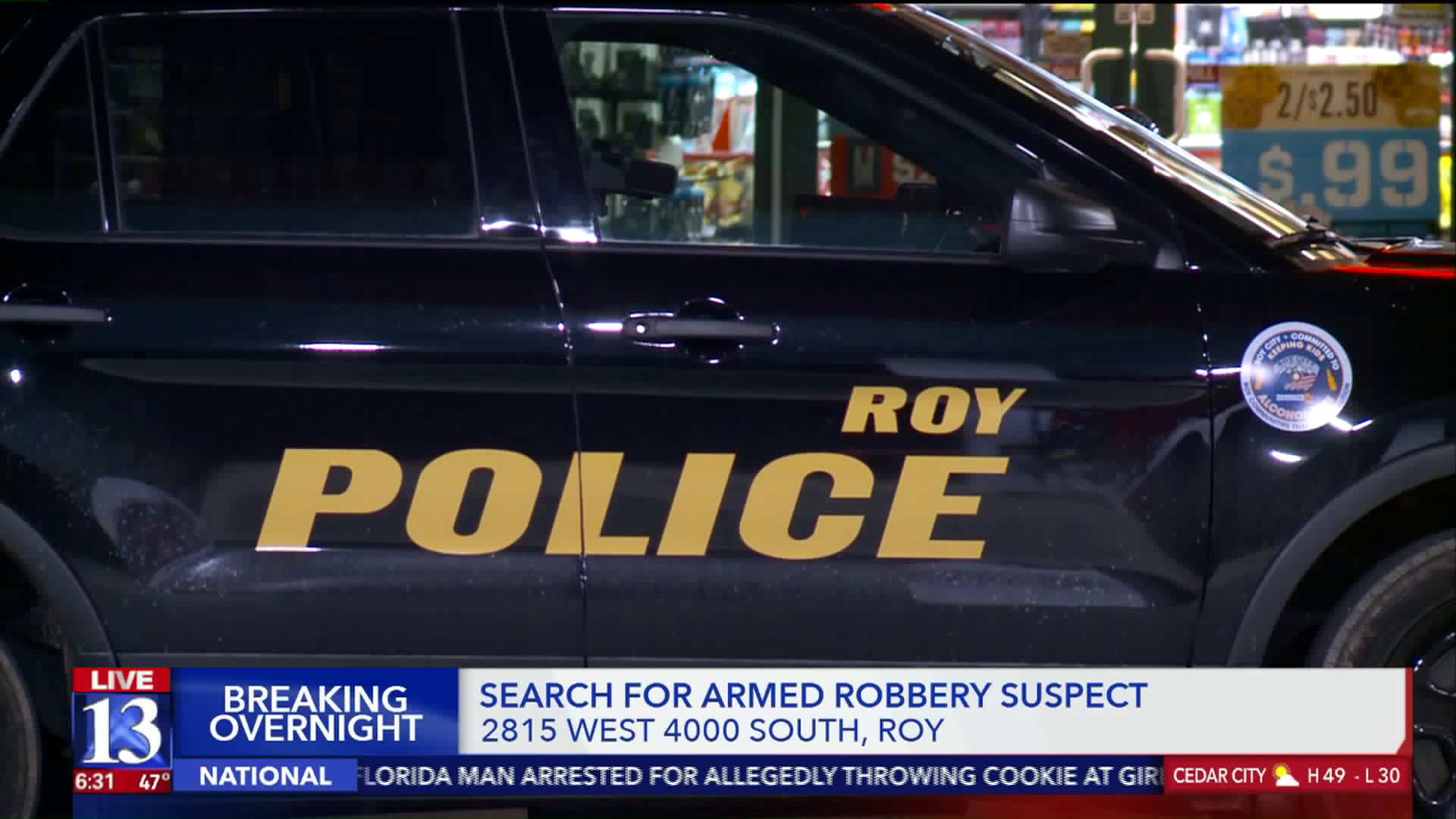 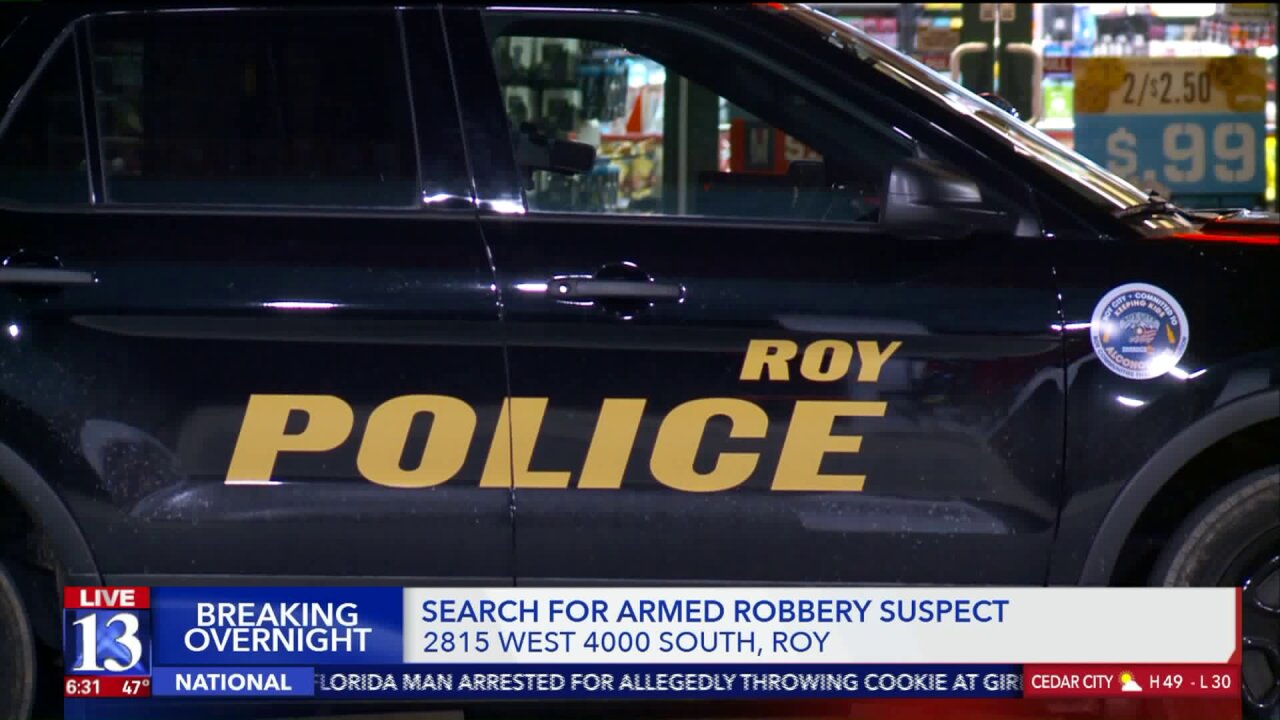 ROY, Utah -- Police in Roy are searching for a man who carried out an armed robbery at a Maverik in Roy early Tuesday morning.

An armed man arrived and demanded cash as well as the clerk's cell phone.

Police pursued the man, but he evaded them. Attempts to locate him by pinging the stolen cell phone were not successful.

The details of the case are similar to a robbery at  Maverik in North Salt Lake on February 21, officers said. In that case an armed man also stole money and the clerk's phone before fleeing.

"Apparently there was a case that happened earlier this week or late last week that there were similar circumstances in the robbery," Sgt. Daniel Tubbs of Roy Police said.