Big drug trafficking bust lands dozens of people in jail, some with ties to a notorious Mexican Cartel 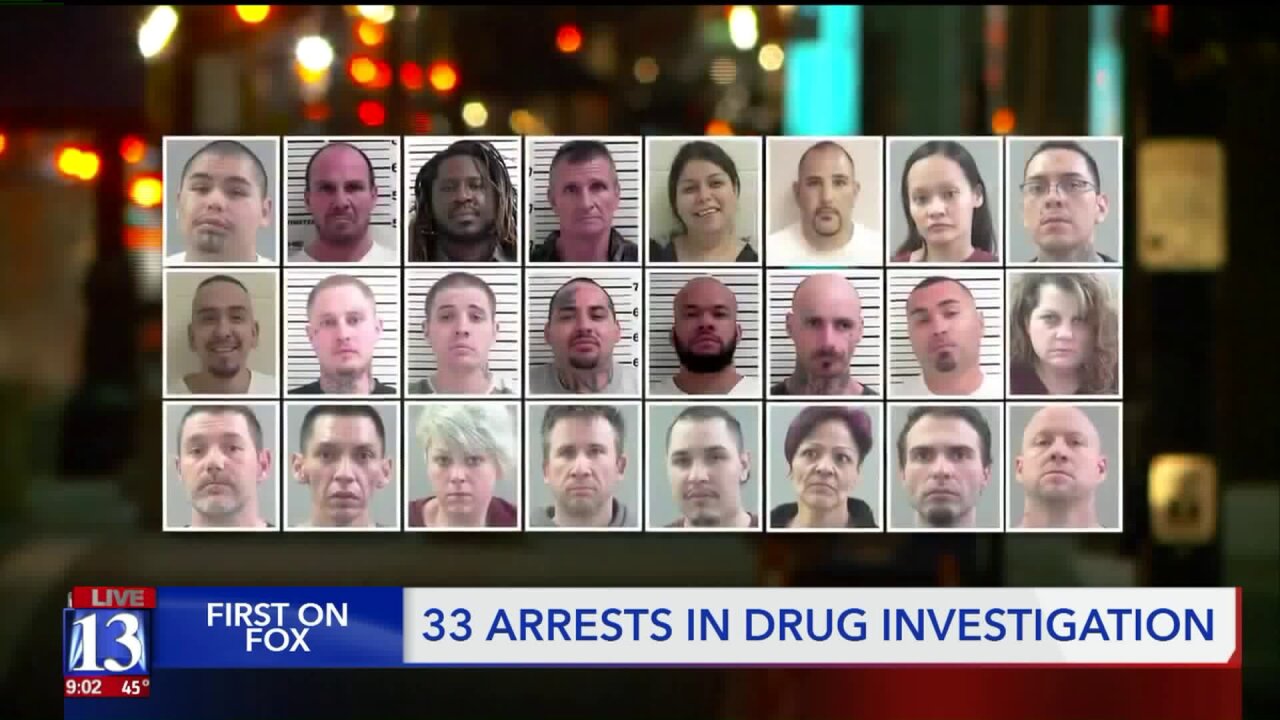 SALT LAKE CITY -- A major drug trafficking bust in the Salt Lake Valley has resulted in the arrests of dozens of people, from kingpins to couriers. The U.S. Attorney's Office said the Norteno gang has been running the drug ring, with direct connections to the Sinaloa Cartel in Mexico.

The 33 people arrested are accused of playing a part in running an elaborate multi-million dollar heroin and meth operation spanning from the mountains of Sinaloa, Mexico, through the U.S. Mexico Border, and straight to Salt Lake City.

"This is a street gang in Salt Lake County, that has direct contact with the drug-producing cartels of Mexico," said U.S. Attorney for Utah John Huber, during a press conference announcing the bust Wednesday.

He said their office and the Metro Gang Unit teamed up in June of 2018, to begin discussions on this operation. From there, agencies including the DEA, ATF, IRS, U.S. Marshals, and other state and local agencies banded together to bust the drug trafficking ring.

According to a nearly 60-page complaint detailing the investigation, agents also used cell phone communications and surveillance to keep watch over each of the 33 people-- including the alleged Norteno kingpins, 32-year old Joe Gomez of Sandy and 41-year old Denny Kandt of Salt Lake City.

Kandt and Gomez are accused of heading up the operation, by coordinating drug pick-ups in California, drop-offs in Salt Lake City, and distribution through the state and into Wyoming.

They are also alleged to have coordinated sending cash back to the drug cartel in Mexico.

As part of the investigation, agents seized:

Besser said the suspects were involved in much more than just drug trafficking.

"This drug trafficking organization is an 'all-you-can-eat, crime buffet,' that's the only way I can word it," Besser said. "Because, aside from being very prolific and violent drug traffickers, individuals involved in this network are committing -- or suspected of committing -- armed robberies, aggravated assaults, sexual assault, extortion..."

He continued listing other crimes, and said some of the people arrested in this investigation are believed to be associated with a shooting at Fashion Place Mall in January.

"These individuals ran their criminal organization through violence and intimidation," Besser said. "And they didn't care how many civilians got caught in the crossfire."

Two people were injured in the brazen, daylight shooting at the mall.

Many of those arrested face the potential of spending decades to life in prison.

"This gang is going to be stalled for a very long time," said Salt Lake County Sheriff Rosie Rivera. "And what it will do, is bring public safety to a higher level."

Here is a list of the others facing federal charges as part of the alleged drug trafficking ring: