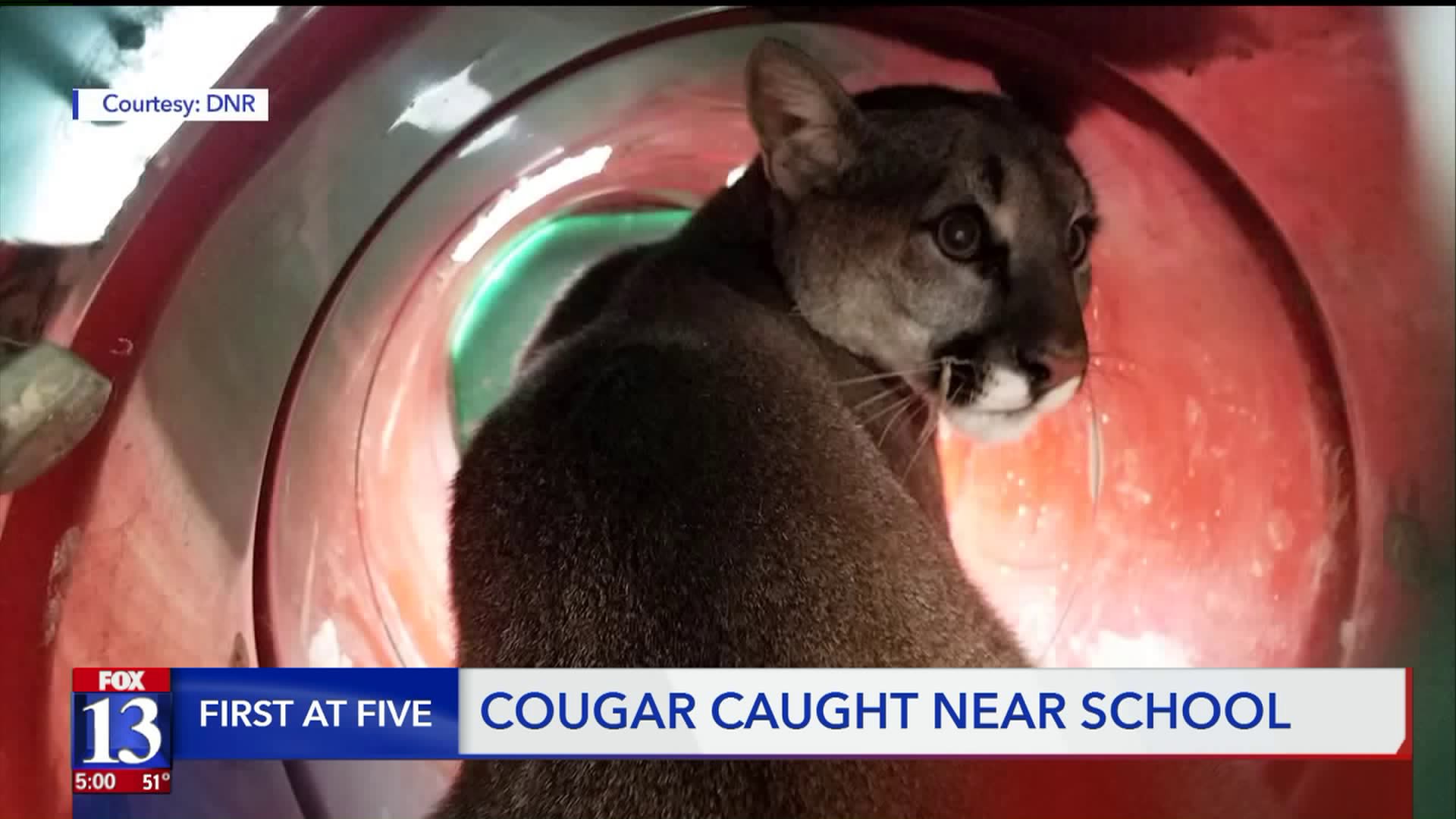 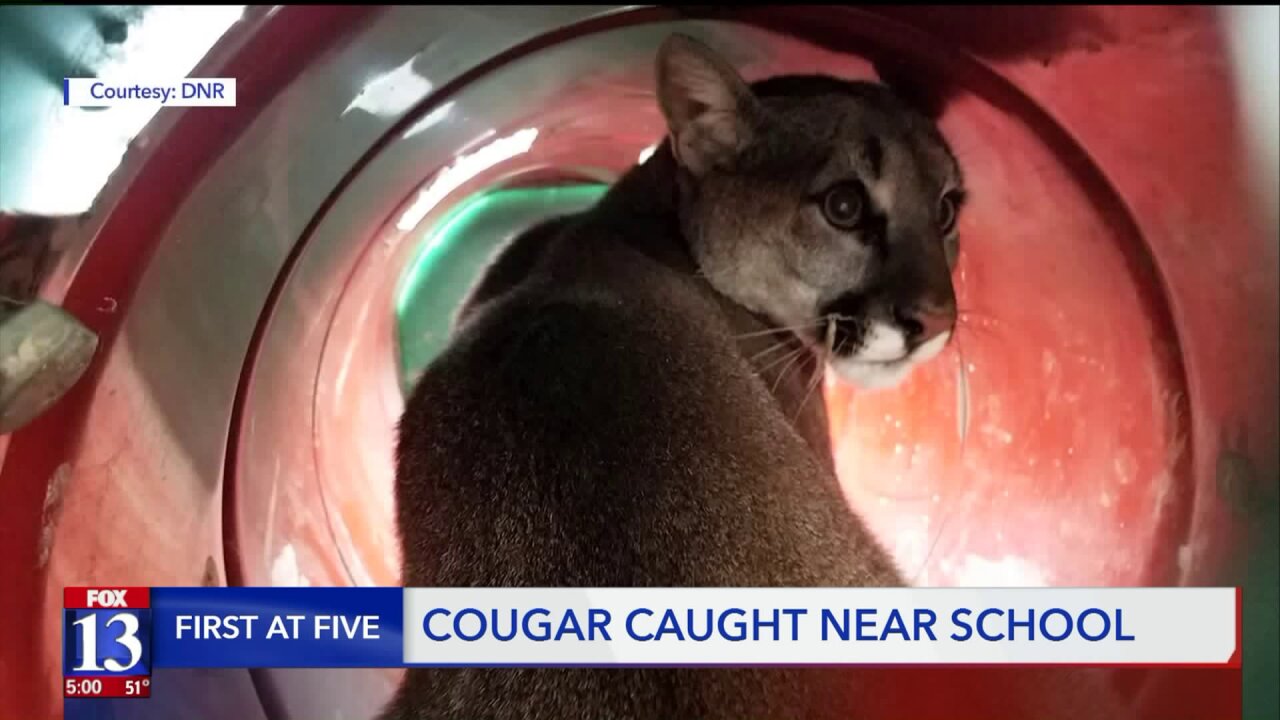 BLUFFDALE, Utah -- A shelter in place has been lifted and no one was harmed, after a cougar was spotted and captured in a residential area.

A police officer spotted the cougar around 7:45 a.m. Wednesday near Wardle Fields Park, 14148 South 2700 West. That park is located near Bluffdale Elementary and North Star Academy.

Sandi Riesgraf, a spokesperson for the Jordan School District, confirmed Bluffdale Elementary School was sheltering in place in response to the sighting.

Jordan School District said an alert was sent to parents immediately via call and email. Also during that time, students were guided into the school as they were arriving to ensure safety.

Shortly before 11 a.m., Riesgraf said the cougar was trapped by wildlife officers and the shelter in place order has ended.

DNR and Bluffdale City Police tracked the animal for about two hours and two miles before it came to a stop.

Word of the cougar spread quickly to other residents in the area, “I thought, ‘I hope I can see it,’” said Kent Jolley.

“Then all of the sudden it was in my backyard,” he added. “It was a big animal, it was bigger than i thought it would be.”

Kent watched as DNR personnel cornered the animal in a culvert pipe on his property near 14000 South and 3100 West — the culvert stretches about 100 feet underground, rows of rebar block the other opening.

“He [the cougar] did have his paw come out of that grate one time. Then when we came down to look at him, he was actually biting the rebar with his mouth and trying to escape that way because everybody was down at the other end,” said Jolley.

DNR had set up a bear trap at the open end of the culvert (opposite the cougar). From there they used a firecracker to spook the animal away from the rebar, back out the opening and into a waiting bear trap.

“You don’t expect to see them in your neighborhood, but when you do it’s exciting,” Jolley said.

This is the third cougar sighting for a Jordan School District campus in the last two months.

Wild Aware Utah provides tips for avoiding encounters with potentially dangerous wildlife as well as advice for how to respond should you encounter a wild animal.

See below for their tips regarding encounters with mountain lions, which are also called cougars:

Here's video of the mountain lion being released into the wild: