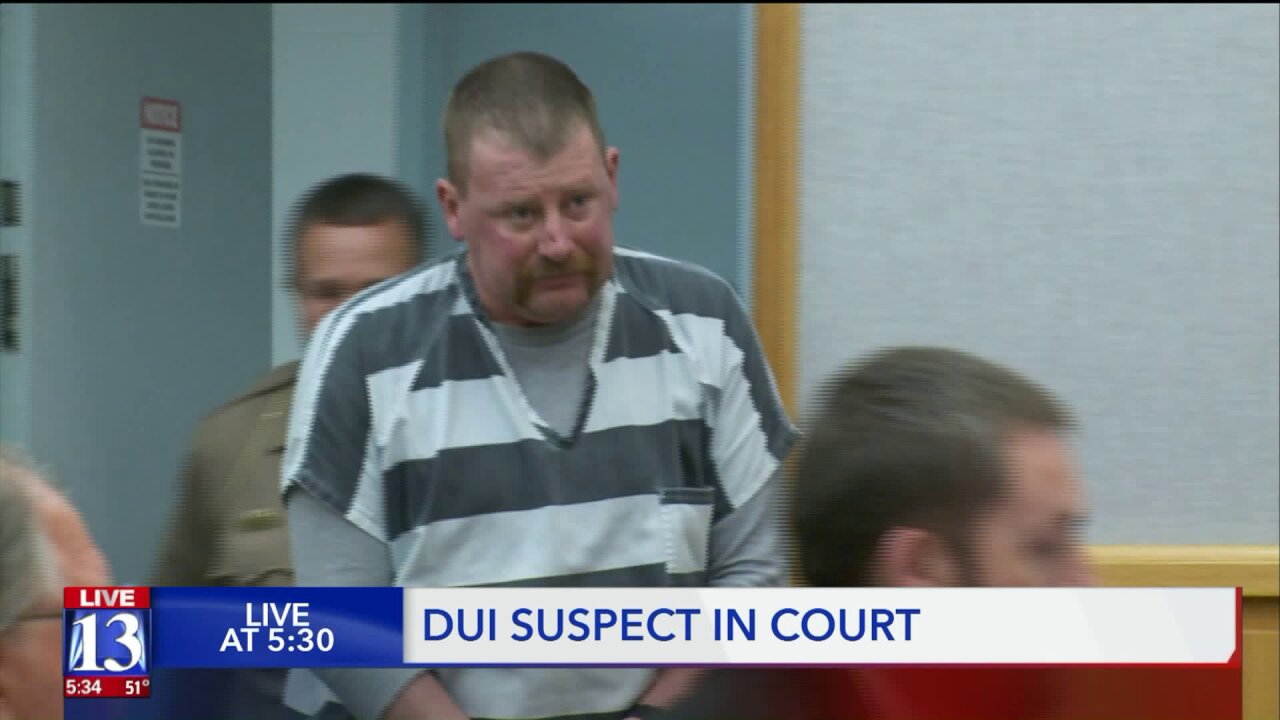 HEBER, Utah — The man accused of driving drunk and killing six people in Wasatch County went before a judge Wednesday.

Jamie McKenzie waived a preliminary hearing inside a Wasatch County courtroom for the sixth time. His attorney scheduled an arraignment for March 27, 2019. At that hearing, McKenzie is expected to enter a plea for six counts of automobile homicide and two counts of driving under the influence. All charges are felonies.

Prosecutors say 41-year-old McKenzie’s blood alcohol level was four times above the legal limit when he caused a crash on October 19, 2018 on Highway 40 near Jordanelle Reservoir.

Investigators say McKenzie was drunk on whiskey when the Peterbuilt dump truck he was driving swerved, launched over a concrete barrier and hit two vehicles head-on. Six men inside one truck were killed. The men were related and returning from a work trip. Two women were also injured.

By waiving the preliminary hearing, the prosecutor doesn’t have to prove to the judge there is enough evidence to take the case to trial.

“If someone waives that right, that means they, it’s my assumption, they must have believed there was enough evidence and no reason for that hearing,” Wasatch County Attorney Scott Sweat said.

FOX13 News learned McKenzie was charged for drinking alcohol while driving five times prior to the crash. He’s being held on a $200,000 bond.