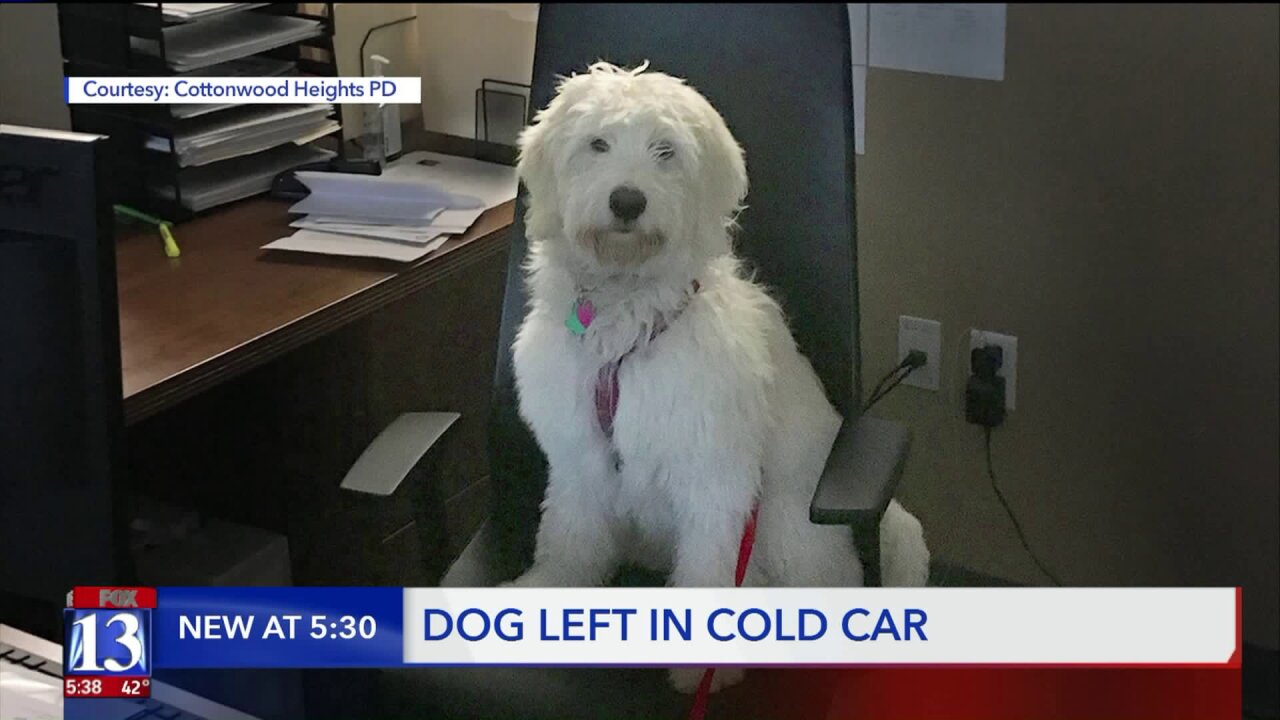 COTTONWOOD HEIGHTS, Utah — Police cited a dog owner for leaving the animal in a car for hours while he went skiing.

Officers responded to several calls about a barking dog in a car at a park and ride lot, Sunday morning.

Police arrived and found the dog anxious and without any food, water or blankets.

“He was showing signs of, not duress, but needing to vacate the vehicle,” said Officer Kevin Salmon of the Cottonwood Heights Police Department. “The dog was obviously wound up and agitated from being in the car.”

Salmon used a device to open the car’s door.

“I wasn’t willing to risk the dog’s safety over leaving him in the car in sub-freezing temperatures the rest of the day,“ Salmon said. “I sat there and watched the dog for an hour hoping the owner would respond.”

He brought the animal to police headquarters where it was given food. The owner eventually came to retrieve the animal in the afternoon.

“He said, ‘I left the windows cracked,' which at that point made the situation worse,” Salmon said.

Temperatures were below freezing, but the owner told officers, he planned to leave the dog in the car while he enjoyed the day skiing.

“He is under the assumption that by leaving the dog at home, the dog was going to bark and he didn’t want to bother his neighbors,” Salmon said.

The owner received several city code citations, but police do not plan to pursue any animal cruelty charges.

“This is going to be a good learning experience for him and I don’t anticipate having the same problem,” Salmon said.

Much like intense heat, sub-freezing temperatures can be fatal for animals left alone in cars. Police hope this serves as an example to use common sense when caring for pets.

“If people would treat their dogs more like their grandmothers — you’re not going to leave your grandma in a car in the winter time all day long while you go skiing,” Salmon said.