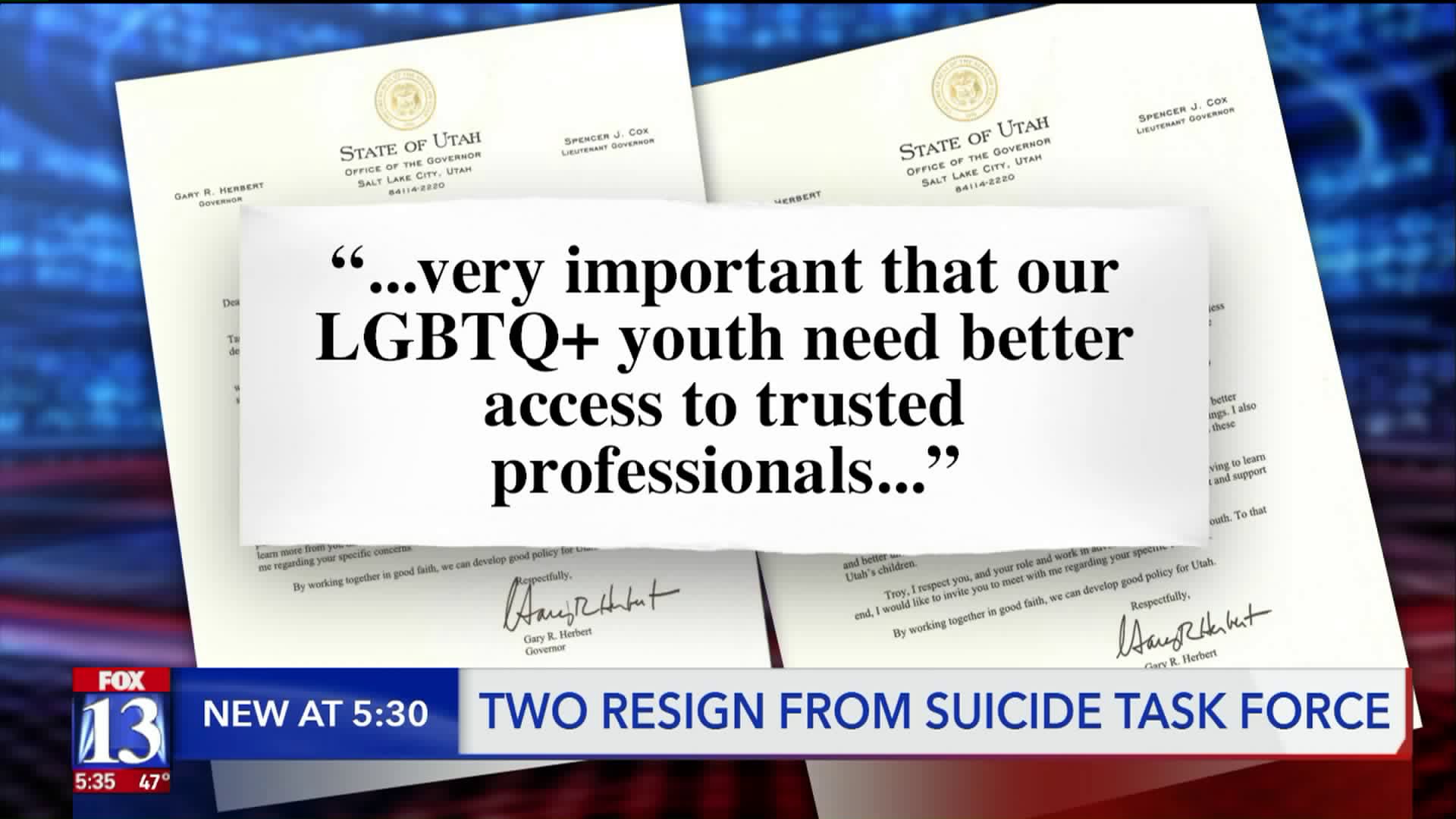 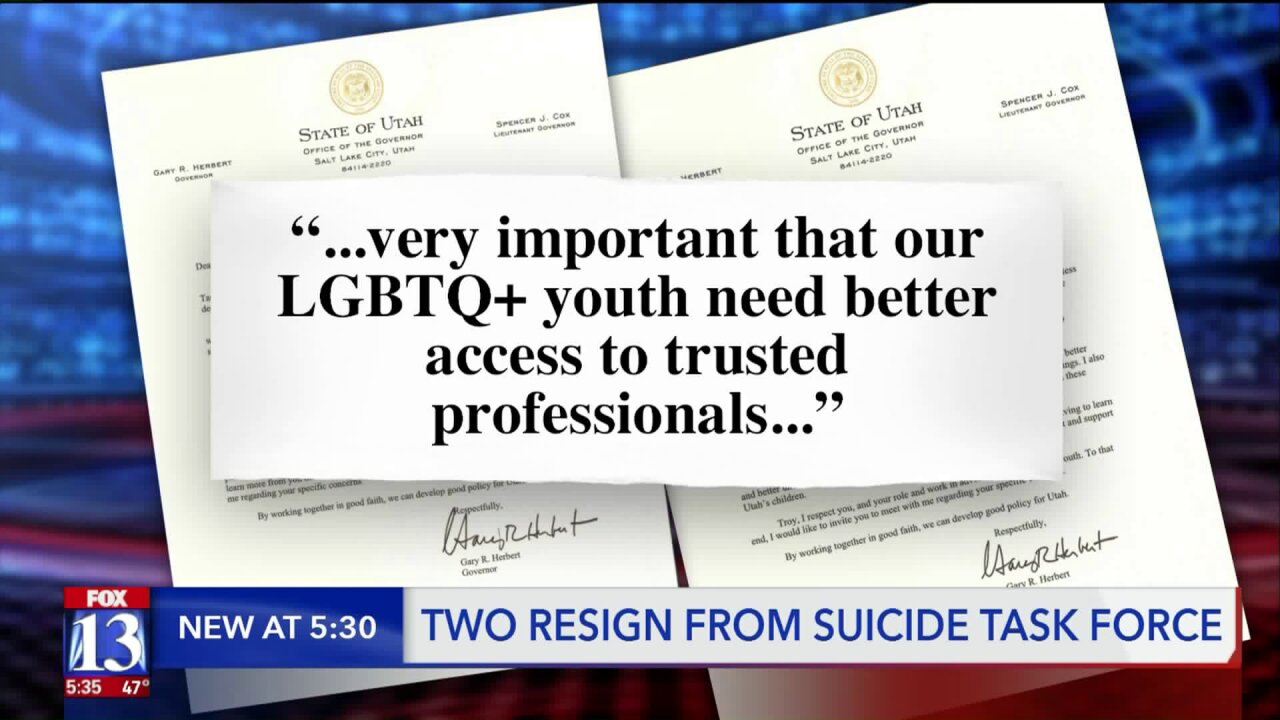 Conversion therapy is a widely discredited practice of trying to change the sexual orientation or gender identity of an LGBTQ person commonly practiced by conservative religious practitioners who belief LGBTQ lifestyles are immoral.

In a news conference, the executive directors of Equality Utah and the American Foundation for the Prevention of Suicide-Utah announced their resignations from the Governor’s suicide task force.

At issue is a bill that replaced an original measure to ban conversion therapy. The replacement bill narrowly defined conversion therapy as “…when the therapist claims that the therapy will result in complete and permanent reversal in a patient's or client's sexual orientation.”

Law professor and Equality Utah board member Clifford Rosky said the replacement definition was so narrow as to make the law irrelevant.

Governor Herbert did not respond on camera, but his office shared the letters he sent to the task force members who resigned. We’ve included those letters below: