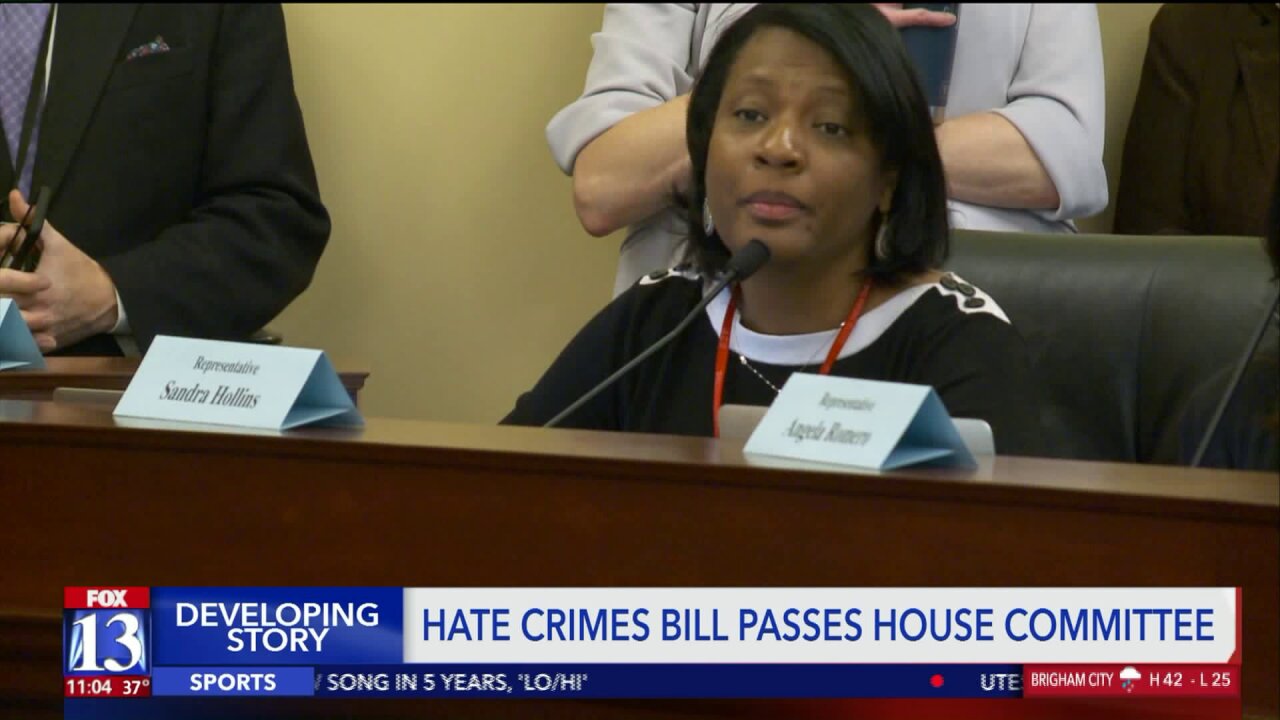 On Friday morning, Senate Bill 103 passed out of the House Law Enforcement and Criminal Justice Committee on an 8-2 vote. It now goes to the full House for debate.

This is the furthest this bill has ever gotten in the legislature after years of trying. It would add a penalty enhancement for targeting people based on things like race, religion, gender, sexual orientation or gender identity. The bill was modified to appease opponents by adding things like age, matriculation, family status and homelessness.

Sen. Daniel Thatcher, R-West Valley City, was asked to include things like political beliefs, but he resisted it -- arguing that he wanted to pass this bill and would be willing to include others.

"If we're going to do it, I support doing it for everybody," countered Dani Palmer with the Utah Eagle Forum, who objected to special categories.

The bill had public testimony in support from the United Jewish Federation and Salt Lake County District Attorney Sim Gill. But Rep. Mark Strong, R-Bluffdale, said he viewed everyone equally under the law.

"The fact that you are Jewish, or of a different faith or race? I don’t care. I really don’t care," said Rep. Strong. "I see all of us as individuals under the law. Because of that I cannot support this legislation."

But other members of the committee had a different perspective. Rep. Angela Romero, D-Salt Lake City, referenced a series of hate crimes in her district.

"A man went into a tire shop in my district and said that he wanted to kill Mexicans. He beat someone so severely, we couldn’t do anything under our law and so we had to go to the U.S. Department of Justice," she said. "I had another constituent who was minding their own business in their house and their neighbor wanted them to go back to Mexico. Many of us experience this all the time!"

Rep. Sandra Hollins said her church had to hire a police officer because of hate crimes.

"I’ve been a victim of hate crimes before. I have been targeted. I have to maneuver and move differently in this community because I am a black woman," she said.