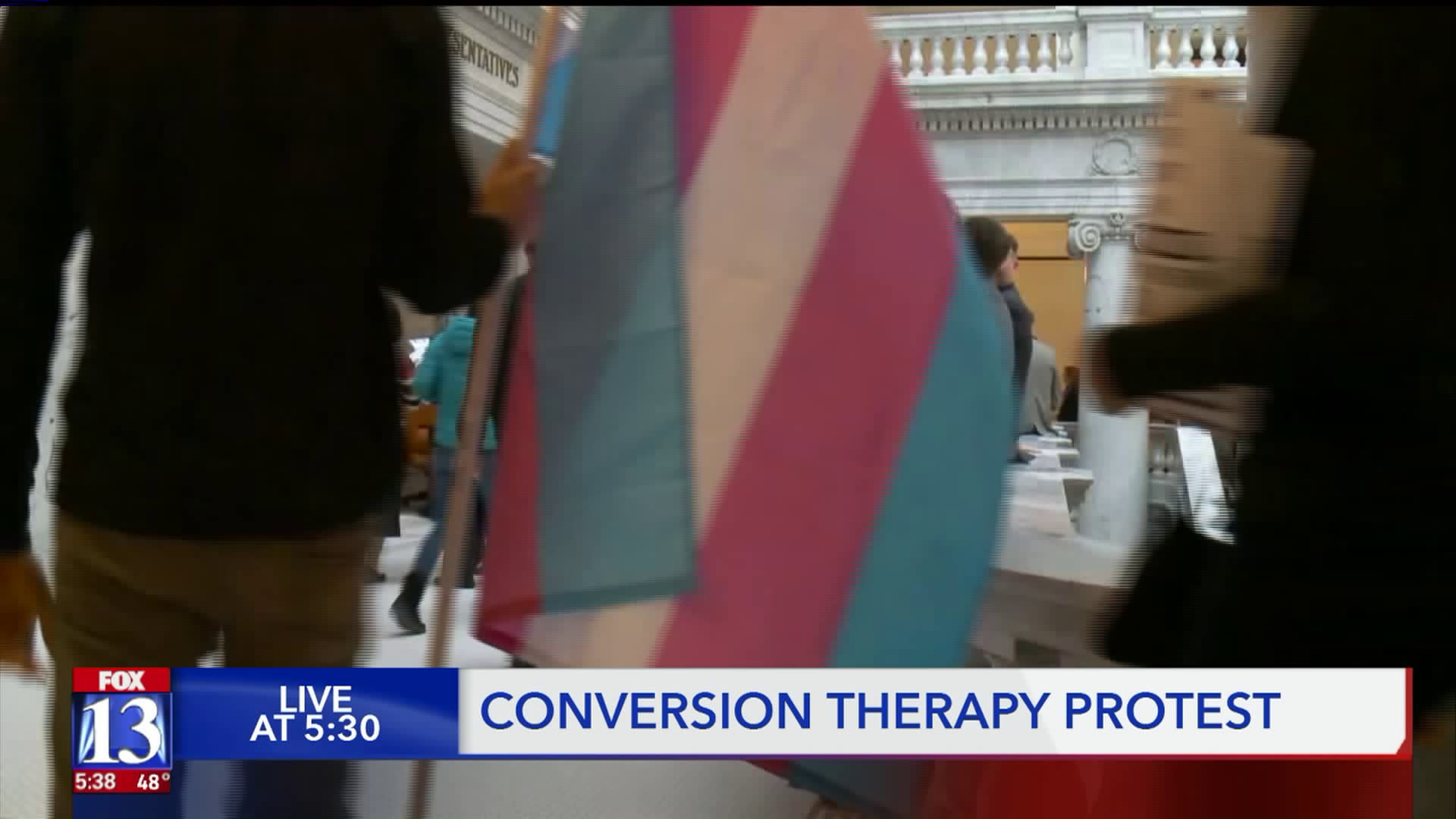 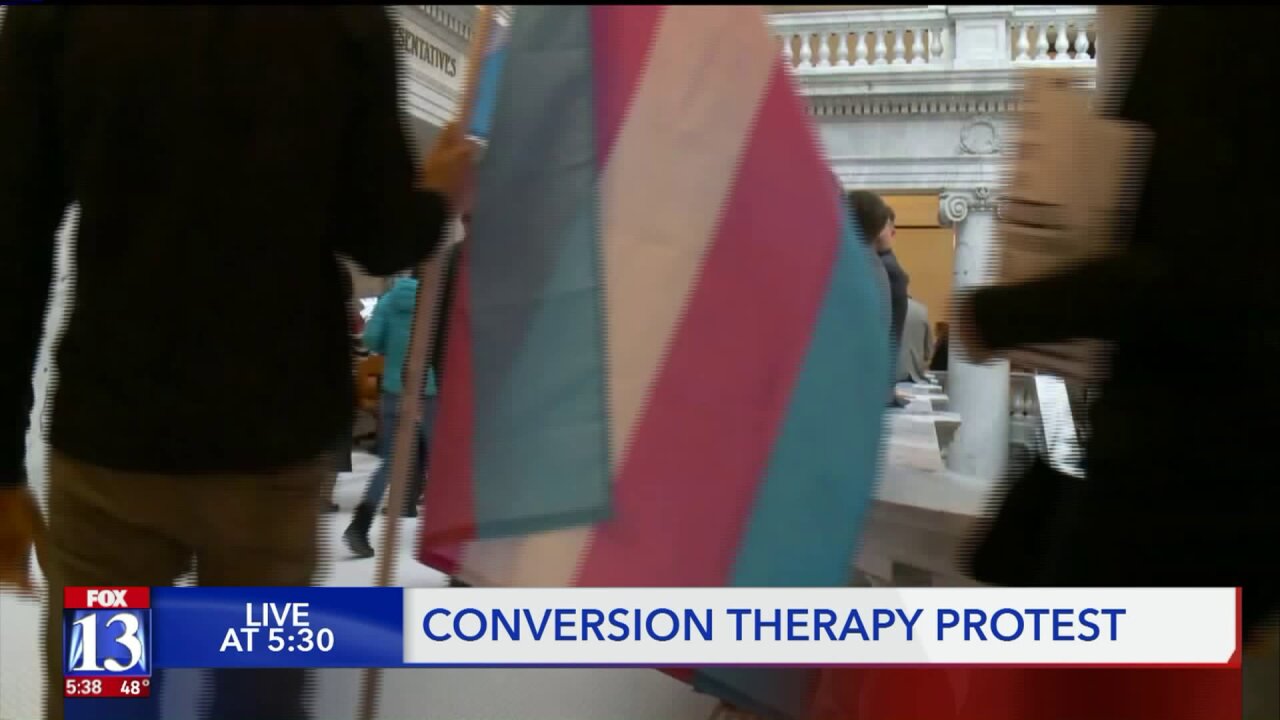 SALT LAKE CITY – A protest organized by LGBTQ students from the University of Utah at the state capitol Monday evening demanded legislators do a better job supporting the LGBTQ community.

The protest, organized by freshman Ermiya Fanaeian, started off with delivering letters to the house majority and minority leadership, as well as the governor's office, outlining what they expect of them.

"We were really hopeful but when the substitute (bill) came along that hope kind of shifted and it went downhill from there," Fanaeian said.

Hope of banning conversion therapy in Utah was quickly eliminated last week after Rep. Karianne Lisonbee got her hands on House Bill 399.

"She did introduce the substitute," Fanaeian said.

"As a transgender youth myself it hit home incredibly," Fanaeian said. "Just seeing people, our legislators, our elected officials are supposed to represent all Utahns and their entire constituencies."

In a statement to Fox 13, Lisonbee said in part, "Conversion therapy is a horrific practice. The language I proposed in my substitute bill does not allow practices aimed at changing a person's sexual identity. It also prohibits a therapist from stating a change is necessary. Like every bill that is debated in our session, my proposed substitute is part of our process and it passed with a majority vote."

However, protesters were also looking for an apology after old comments from Lisonbee surfaced on Facebook where she said in part, "Depression and suicidal ideation is strongly linked to homosexual behavior, even in societies where that behavior is socially acceptable."

"We want her to apologize for the comments she’s made, for the hurt she has caused, and we want her to start there," Fanaeian said. "We want her to make an effort to make a commitment to the LGBT community here in Utah."

In an email obtained by Fox 13 that Lisonbee sent to her house colleagues, she responded to those old comments directly saying, "Obviously many things have changed surrounding those issues and science has continued to inform."

Lisonbee also said, "Since that meeting I, along with my family, have suffered an onslaught of vitriol. However, I am focused on the final week of this legislative session and I'm willing to continue to work together with stakeholders over the interim on this legislation."