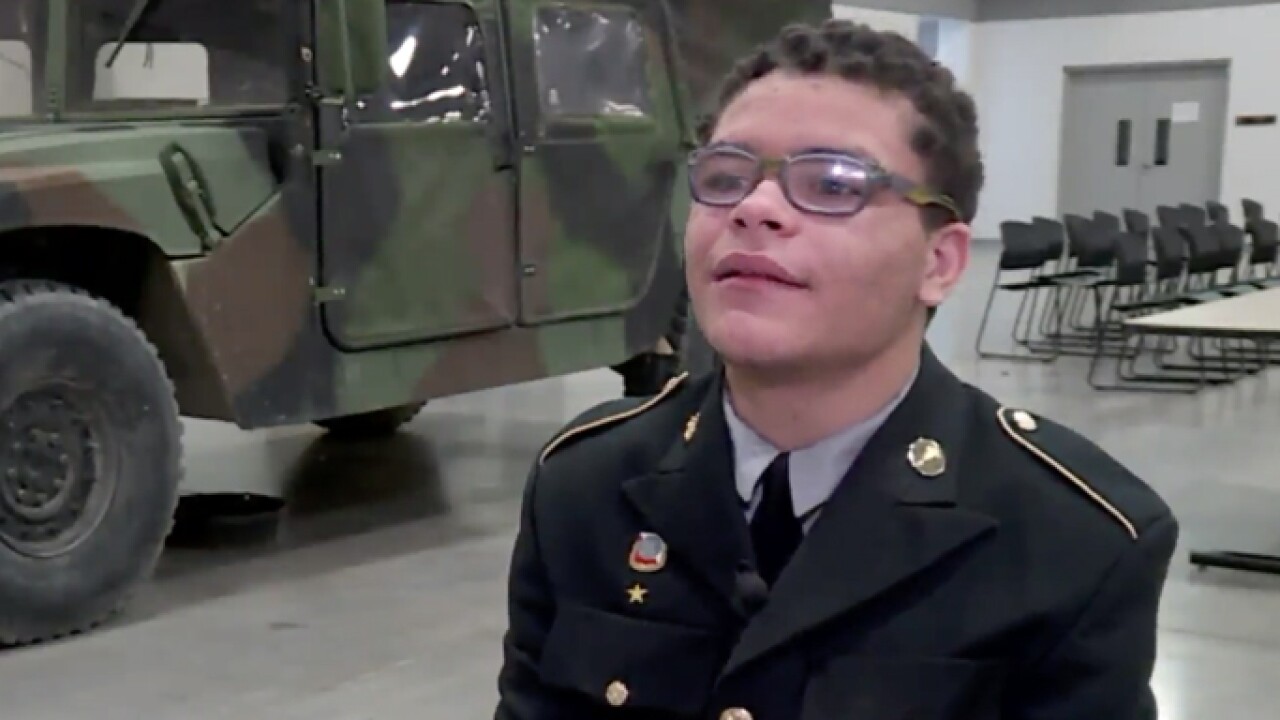 OKLAHOMA CITY - Walking through the halls of the Army National Guard is a dream come true for 17-year-old Haven.

The teen says he dreams of joining the military some day because he wants to be "a part of something bigger than myself and to serve my country."

As a group of service members gave Haven a taste of what it's like to be in the Oklahoma Army National Guard, he told KFOR a little bit more about his situation.

Haven currently lives in a shelter with four other children.

"It gets old at times," he said. "Just being there. Not being able to go out whenever I want."

Haven doesn't have his driver's license yet, but he's hoping to get his permit soon. He says that would be the first step to becoming a bit more independent.

"I'd probably like to travel the world, but the Army probably helps with that," he said.

For the time being, Haven is simply concerned about being adopted.

He turns 18-years-old in October, so he's hoping to find an adoptive family before time runs out.

"So you can have someone to help you, like be there for you if you need help. Not just going into it all blind because that's how you get into drugs and bad stuff like that," he said.

Haven has been in DHS custody since he was just 12 years old, and says he is losing hope that someone will give him guidance into adulthood.

When asked what kind of family he is looking for, Haven said, "Anyone who will take me."

"I don't really care. As long as it’s a family that will show love for me and be there for me," he said.

This teen is looking for a house to become a home, and a family to call his own.

For more information on adopting Haven, call Tom Peterson at (405) 325-9398 and tell him you saw him on this segment.