The 4% beer conundrum: useless math you have to use 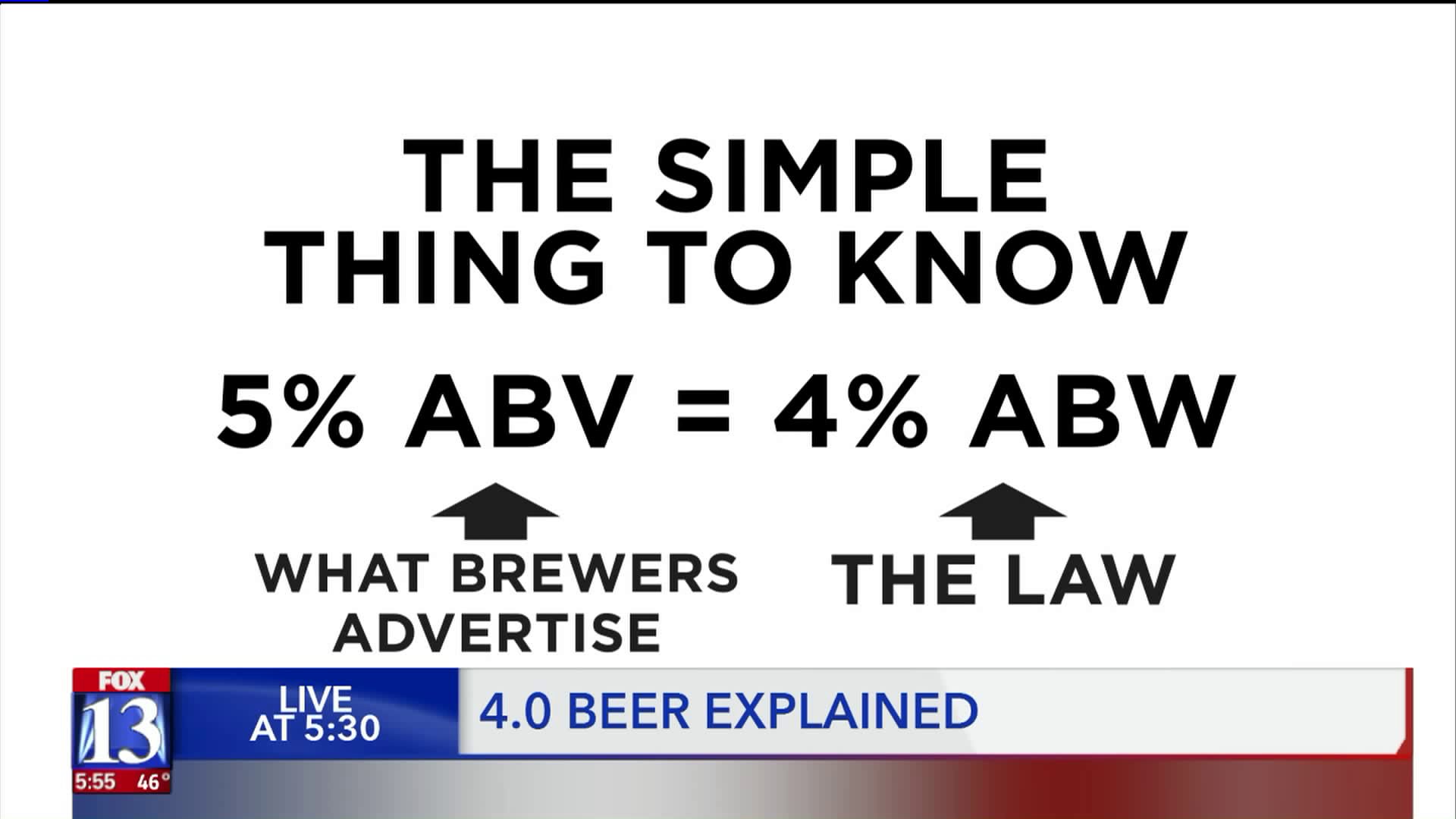 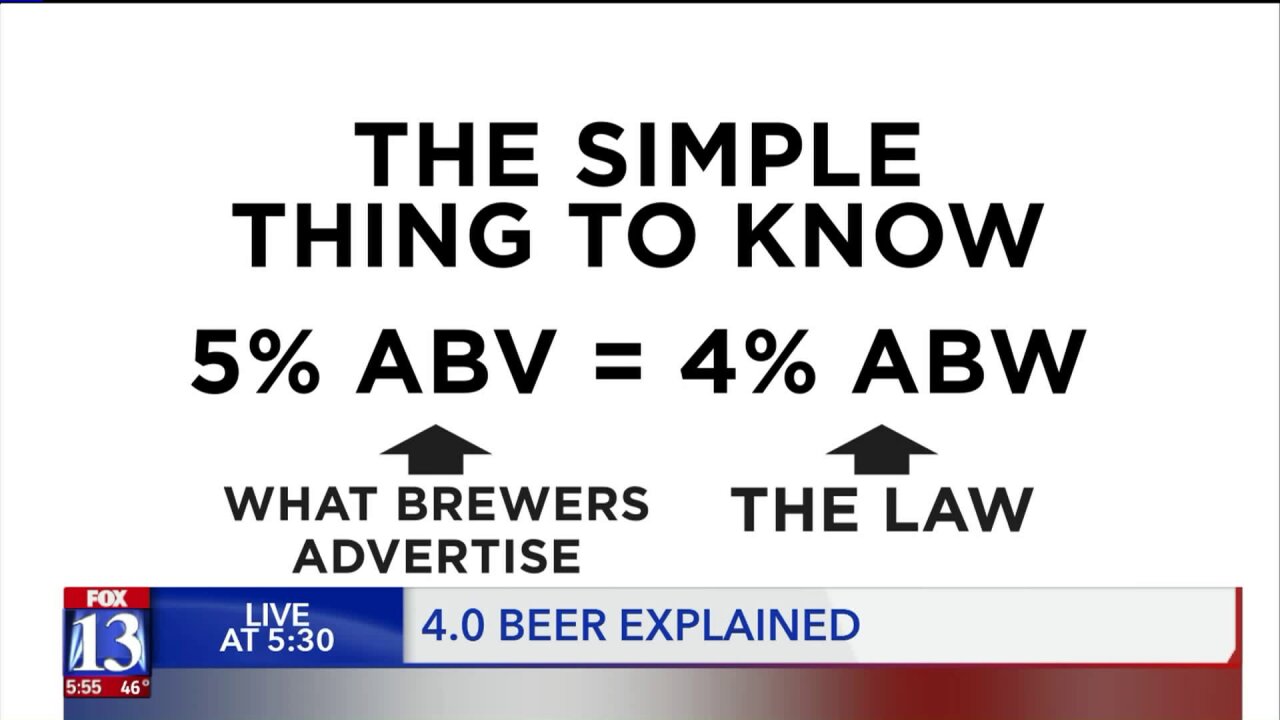 SALT LAKE CITY -- Utah’s new liquor law requires math you won’t use in any other aspect of life: measuring liquid by weight.

When was the last time a recipe called for “2 lbs water,” or “A kilo of vinegar.”

Well, when figuring out if beer will be legal under Utah’s new standard of 4% alcohol content by weight (ABW), you have to convert from the standard used by just about every brewery: alcohol by volume (ABV).

Alcohol by volume is what you think of with liquids when the macaroni box says to add a quarter cup of milk, or the ramen calls for boiling two cups of water. Think you’re getting insight into this reporters culinary life right now? You’re right.

This is all to say that when you try to figure out if a particular brand of beer will be legal in Utah, you’ll have to convert alcohol by volume (the brewers’ figure) to alcohol by weight (the state’s figure).

It’s pretty easy, really. 4% alcohol by weight is the same as 5% alcohol by volume…so anything 5% ABV or less would be legal under the new law.

That includes all the really big American brands: Coors, Budweiser, Miller, Michelob, and all their lite and lower-cost variants.

It also includes a substantial portion of their “craft” subsidiaries, though a number of beers will still only be available in liquor stores.