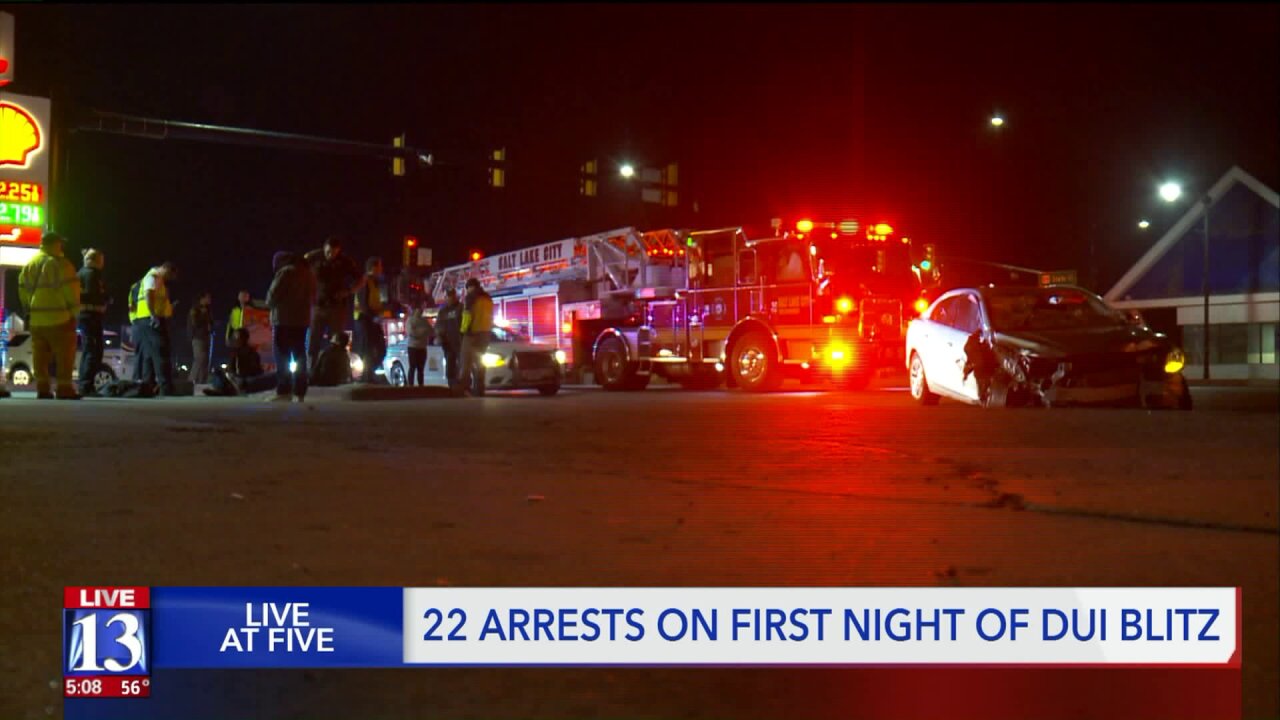 Troopers will be back on the roads again Sunday night, with 75 more shifts than normal.

"There's just no excuse to get behind the wheel after consuming alcohol," UHP Sgt. Nick Street said. "We're going to be out in force looking for those people who make that poor decision, hopefully catching them before they crash or hurt somebody."

One of those arrested overnight was involved in a crash in the area of 1700 South State Street.

Two people in the car tried to run away, but were arrested.

Both were given field sobriety tests and were well over the legal limit.

The driver, 42-year-old Homero Garcia-Hidalgo, was booked into jail on suspicion of intoxication, failure to remain at the scene of an accident, and failure to stop at the command of law enforcement.