WASATCH COUNTY, Utah - There was an explosion and fire at a cabin in the Timber Lakes area of Wasatch County Sunday.

Janet Carson, a PIO with the Wasatch County Fire Department said crews were dispatched to the cabin on Cottonwood Lane around 1:15 p.m.

Investigators said it looked more like a bomb had exploded than a fire.

"At least 200 yards out, there’s debris in the trees, chunks of sheetrock, dishes, the fridge is actually up on the other side of the foundation," Carson said. "So this was a major explosion, pieces of wood actually did penetrate the cabin next door, and windows in the cabin on the other side, were broken."

No one was inside, these cabins are usually second residences for owners and are usually not occupied this time of year.

The State Fire Marshal will determine the cause, but there is a good chance, propane was a factor in the explosion.

Just one month ago, a woman was seriously injured after entering a cabin in the Timber Lakes. Four of her children were waiting in the car and were not injured. 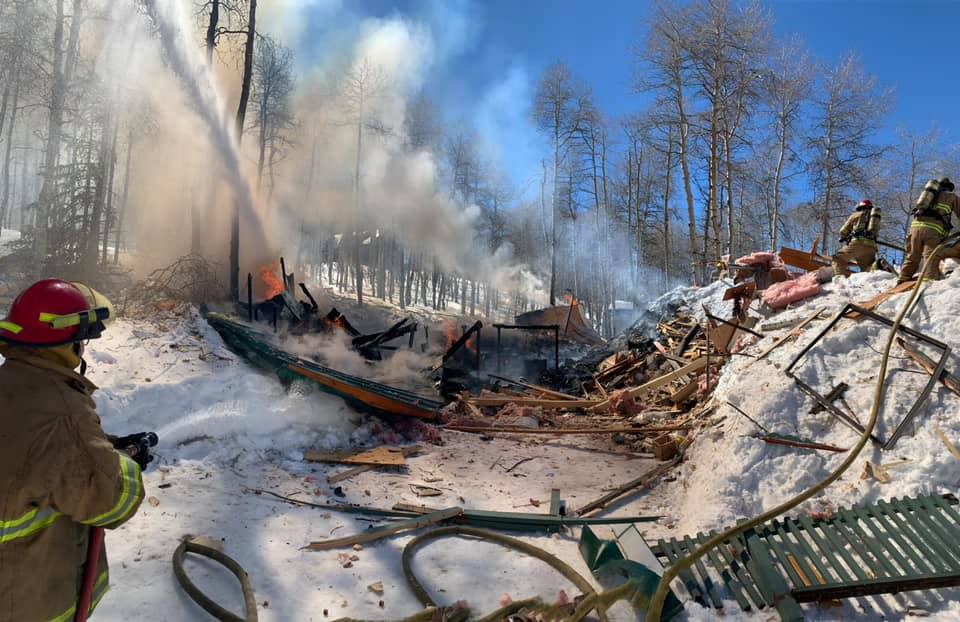