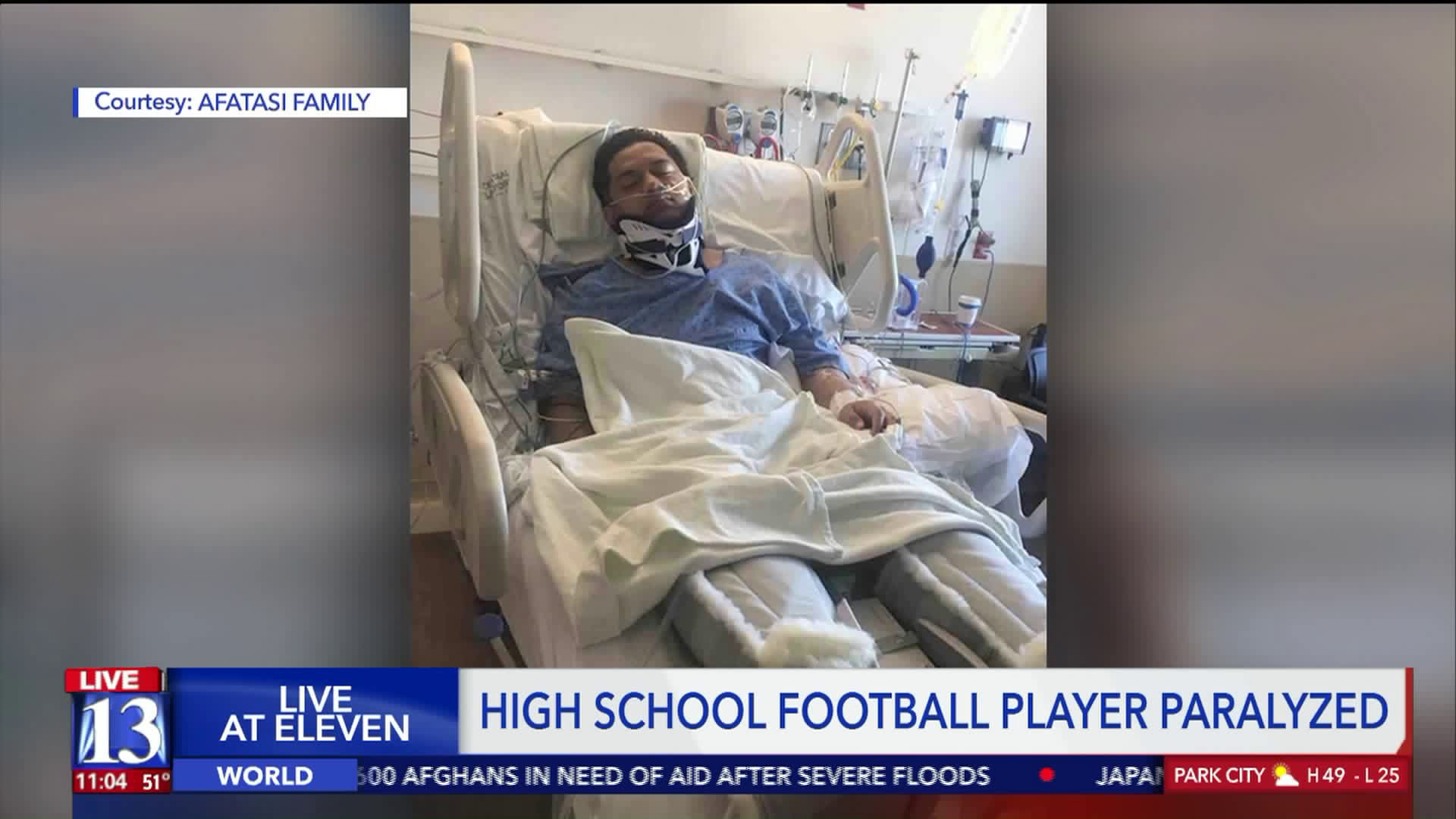 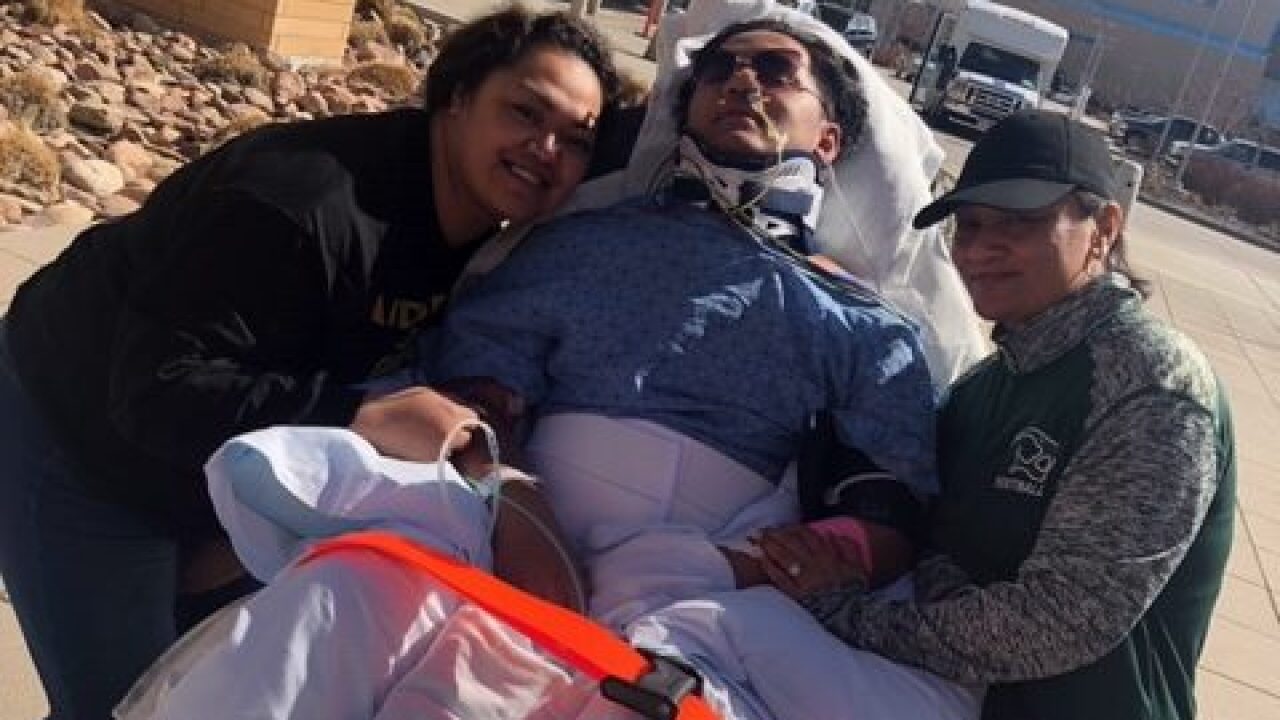 SALT LAKE COUNTY - A Utah teen is paralyzed from the waist down after an accident on a trampoline.

Audrick “Stak” Afatasi’s family is relying on their faith to get them through this difficult time.

His father, Esekia Afatasi, says Stak was trying to do a double back flip at a trampoline park on March 15 when he fell on his neck.

Stak’s sister Amaya was there when it happened.

“We've never seen him not get up, so it was surprising that he didn't get up, and he told us that he couldn't move and so the facility called the ambulance and they rushed him here," she said.

Esekia Afatasi said it was just a freak accident, and he said he doesn’t blame the operators of the trampoline park. He cautions people to be safe and to follow the rules when visiting trampoline parks.

The Kearns High School football player is recovering in the Intensive Care Unit at Intermountain Medical Center. Thanks to an entire community - who call themselves ‘Stak Strong’ - Stak is not alone on his road to recovery.

There’s been an outpouring of love from friends, and even strangers.

Doctors are optimistic Stak will regain feeling in his legs again, but it will take some time.

UPDATE: Esekia Afatasi told Fox 13 Stak has been moved out of intensive care but will remain in the hospital for another month.

Friends have set up a GoFundMe page to pay for medical costs.