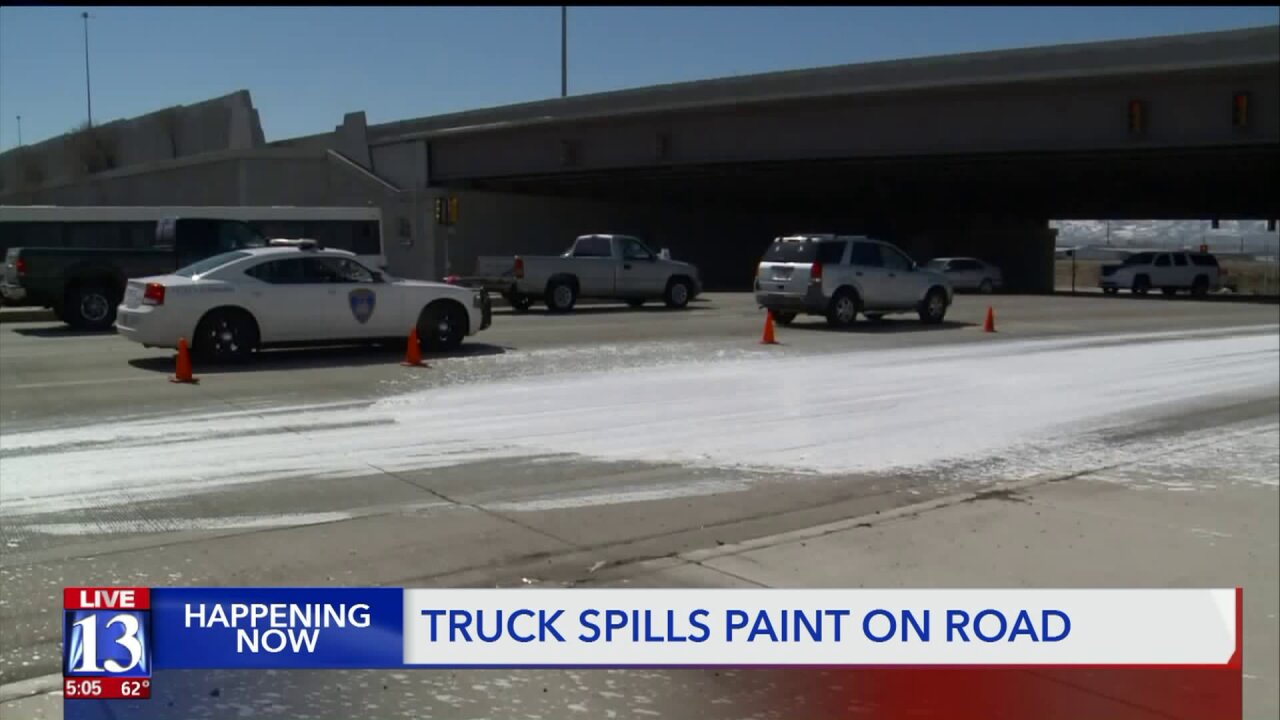 Six blocks of the heavily traveled roadway got a shiny new coat of white paint after a piece broke off of a road striping truck’s pant drum – and it made quite the mess.

“The tote carries 250 gallons and there's all but probably four inches of paint that didn’t spill out of there,” Conrad said.

The truck belongs to a company that does contract work for the Utah Department of Transportation. Conrad said the load on the truck shifted, breaking a fitting at the bottom of the paint tank.

“A lane-and-a-half wide of nothing but white paint,” Conrad said. “It did go quite a ways, he actually had passerby’s honk at him, wave at him and tell him he actually had a problem."

The only things that rolled through this paint were tires – and lots of them.

“We’ve had thousands of vehicles drive through this,” said Conrad. “We’ve got a lot of white-speckled cars out there right now.”

Luckily, any cars with an unwanted paint job have a quick fix.

“The paint is water-based," Conrad said. "Just get it washed off as quickly as you can."

The company is taking full responsibility for what happened — they brought a power washer shortly after to cleanup.